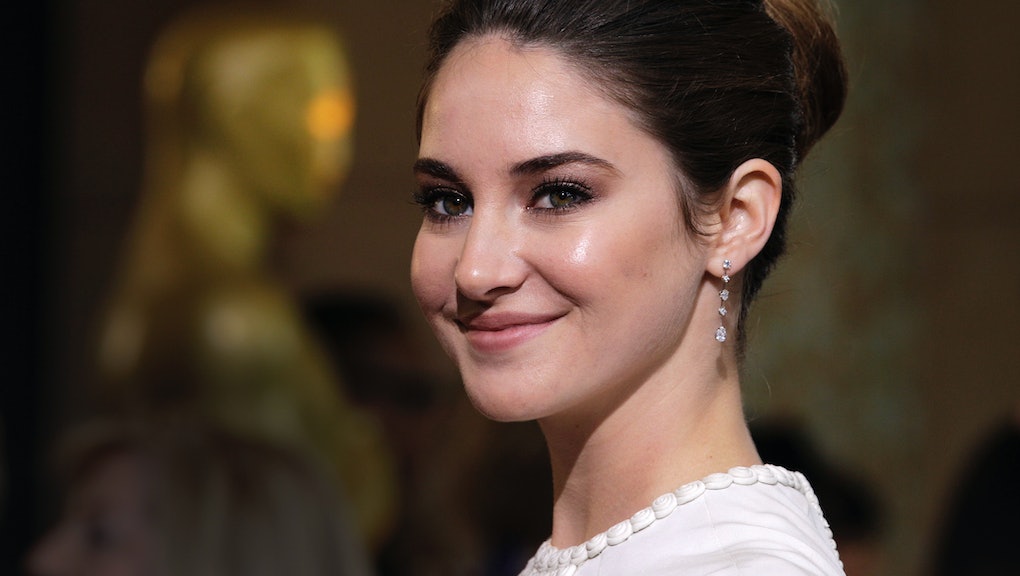 Forget sex ed teachers — we learn about sex from the movies and TV we watch and the celebrities who star in them.

So it's no shock that we internalize so many misconceptions about sex from years of commercials, entertainment and media. But when young stars shine a bright, unforgiving light on sex and portray sexuality in a more positive, accurate way, that makes all the difference.

That's just one reason Shailene Woodley is beloved beyond her acting skills. The 23-year-old actress speaks candidly about sexuality, sexual health and her body without discomfort or shame. And when she's not putting it into words, she's acting it out on-screen — in 2014's White Bird in a Blizzard, she filmed a sex scene while staring straight into the camera.

We need more people who get real about sex. Woodley is one of the best.

On acknowledging our sexuality

"I think it's so refreshing to see a coming-of-age film that actually deals with sex and that has sexuality be a large theme. ... It's such a large part of so many adolescents' lives... We just don't really talk about it and we really don't talk about it in cinema too often with young people."  — Huffington Post

On getting comfortable with our bodies

"Another thing I like to do is give my vagina a little vitamin D. I was reading an article written by an herbalist I studied about yeast infections and other genital issues. She said there's nothing better than vitamin D. If you're feeling depleted, go in the sun for an hour and see how much energy you get. Or, if you live in a place that has heavy winters, when the sun finally comes out, spread your legs and get some sunshine." — Into the Gloss

"I'm totally comfortable with nudity. I'm not sure if it empowers me as an actress or anything, but if I'm going to do a movie with sex scenes, then I'm going to be naked, because I don't know about you, but I don't have sex with bras and panties on." — Glamour

"I love hugging. It's like, I'm real, you're real, let's hug it out." — The Tonight Show with Jimmy Fallon

"I saw somebody — what I thought was me — in a magazine once, and I had big red lips that definitely did not belong on my face. I had boobs about three times the size they are in real life. My stomach was completely flat. My skin was also flawless. But the reality is that I do not have those lips and my skin is not flawless and I do have a little bit of a stomach... I just want to be me." — Interview Magazine

On not sugar-coating the truth

"In school, rather than teach you about sex, they tell you about abstinence, which doesn't work." — Glamour

On not rushing things

"I was the latest bloomer there ever was. I was still playing with Barbies at 14 and didn't have my first kiss until 15-and-a-half. He had big, beautiful lips, and I was like, 'I don't know what I'm going to do with those.'" — Marie Claire

"I just haven't met anyone where I was like, 'Wow I could definitely see myself spending a season of my life with you.' I don't even know if humans are genetically made to be with one person forever." — Marie Claire

"Part of the reason I love Europe is that sexuality is no big deal there. You go to a topless beach and the dudes aren't checking out your tits, because they're just boobs. [In America] sex is something that's not talked about — yet it's in our faces more than anything else." — Glamour

On seeing the beauty in sex

"To see a movie that deals with [nudity and sex] with such grace, with such normalcy and such truth and in such a grounded nature was really nice. Those movies don't really exist that often in America because there's such a taboo against sex here, which I think is so strange." — DailyMotion

On keeping it real