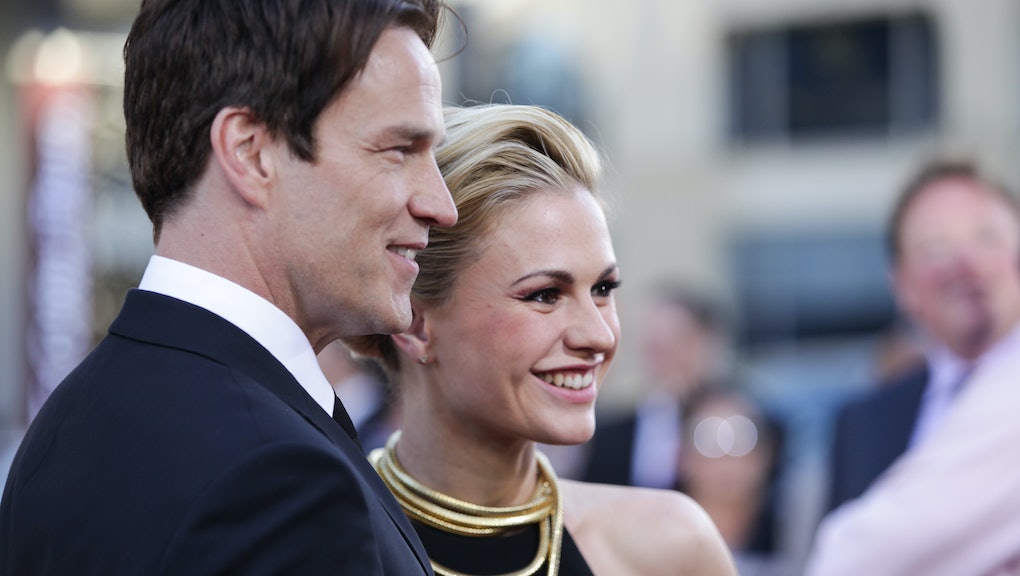 Dating isn't easy for anyone. But few things rock potential relationships more than one partner feeling insecure — and dating someone sexually fluid can feel threatening to even the most secure individuals.

Which is why there's arguably nothing that scares a date off more than announcing you're bisexual. (Well, that and "I'm still living in my parent's basement.") That fear often stems from a misunderstanding of what it means to be bisexual. As Ellyn Ruthstrom, president of the Bisexual Resource Center, told the New York Times, there are abundant "stereotypes that people believe about bisexuality — that bisexual people are lying to ourselves or to others, that we're confused, that we can't be trusted."

Monosexuals — those who are exclusively attracted to one gender — who have a hard time wrapping their minds around dating non-monosexuals are likely falling prey to such negative misperceptions. They may spurn them to avoid bi people romantically altogether, or even engage in damaging biphobia. It's time we all realized that bisexuals are just as good relationship material as anyone else — and that most of the assumptions about dating bi people aren't true.

To clear up the myths, here's what actually true and what's certainly not — the "facts."

Bisexuals, especially bisexual women, are often sexualized: We're good for a romp in the sack, the logic goes, but not good enough to take home to the parents. The sexualization stems from visualizing bisexuality not as a sexual identity on par with heterosexuality or homosexuality but as a sex act. But bisexuality is a legitimate sexual identity, and being bisexual doesn't mean that person is incapable of being in a committed relationship.

There may be other things about your bi partner that may make them undateable. Being bi is not one of them.

Fact: Bisexuals like you for you, not your genitals.

Being attracted to multiple genders allows bisexuals to be attracted to individuals for far more than just their physical appearance. Sure, your "parts" will be appreciated — celebrated, even — but they won't necessarily be a defining characteristic.

Myth: Bisexuals will eventually leave you for another gender.

As one straight male told AfterEllen, "If you are attracted to people of both sexes, that just doubles the temptation. If you start with the assumption that there are attractive things about maleness and about femaleness (the energy, the body, whatever), and you really like both, who'd want to give up both?"

That's the logic behind the deep-rooted misconception that bisexuals are incapable of monogamy — or that the bisexual person is actually gay or straight (they're not), which would cause them to leave you for someone of a different gender. This fear is baseless and only causes unnecessary paranoia in the relationship.

Honest dialogue that breaks down insecurities will always deepen trust in relationships. Vulnerability is a cornerstone to a healthy and successful relationship. Being able to sit with your potential bi partner and discuss the parameters of your relationship will be an effective trust-building exercise.

Myth: Bisexuals only date either cisgender men and cisgender women.

Bisexuality isn't binary. Bisexuals are attracted to people of the same gender, as well as people who are not their gender. Bisexuals can date transgender people, genderqueer individuals and anyone else on the gender spectrum.

Larry King once asked Anna Paquin if she was no longer a "practicing bisexual" since she is happily married to her husband. That misunderstanding is widespread; as one bi woman who is married to a man told BuzzFeed, "People just assume you're straight."

A person's sexual identity isn't changed or negated according to the gender of their partners. Being single and man-free doesn't negate a straight woman's heterosexuality, for example. Bisexuals are still bisexual even when they're in committed, monogamous relationships with a man and/or a woman.

Myth: All bisexuals are polyamorous.

"It has been scientifically proven, again and again, that bisexuals are indecisive flibbertigibbets who ... are so swamped with people they are attracted to (which is, let's face it, everyone) that they are in a constant state of exhaustion from wild, abandoned sex with multiple partners." At least, that's how Tania Browne jokingly put it in the Guardian.

Fact: Bisexuals do have standards.

Shocking, but true: Bisexuals aren't lustfully attracted to just anyone that walks by. In fact, many bi individuals are quite selective in whom they choose for romantic or sexual relationships. (That being said, if you're one of the chosen, you must have it going on.)