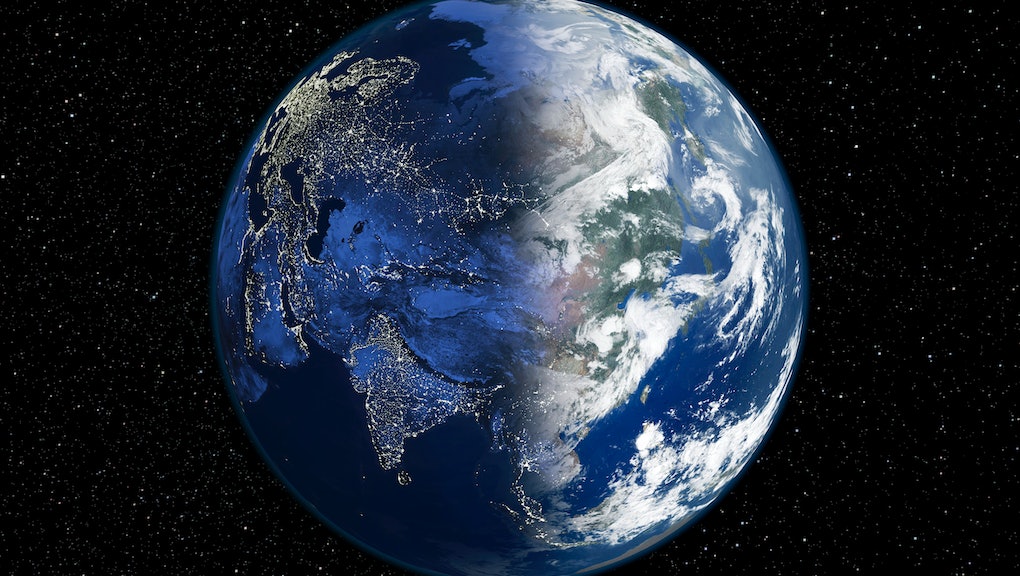 4 Important Things That Atheists Wish Everyone Knew About Them

Atheists are widely distrusted and disliked in the United States, even as the number of Americans who consider themselves religious has declined. A 2011 study in the Journal of Personality and Social Psychology found that Americans consider atheists about as morally suspect as rapists in some scenarios, and in 2014 a Pew poll showed that Americans prefer an adulterer or a marijuana smoker to a non-believer for president.

What's the source of this animosity toward atheists? Religion, primarily in the form of Christianity, is inextricable from U.S. history, but the Founding Fathers were primarily deists who held a complex and skeptical relationship with the Christian faith and set into motion one of the most successful experiments in secular governance in history. Antipathy toward atheism today is more likely a vestige of the Cold War, when the Soviet Union's atheism was presented by the U.S. as proof of communism's moral bankruptcy. More recently, the rise of a haughty and combative "New Atheism" movement has tarnished the reputation of the godless.

But the religious shouldn't fear atheism. Popular misconceptions about atheism have presented a distorted view of what most atheists actually believe, while obscuring the areas where religion and godlessness overlap. There's a significant number of things the religious can learn from atheists without discarding their own beliefs altogether.

If believers are able to set aside some atheists' thunderous critique of gods and their rules, they'll find that many of the widespread misconceptions about atheism are often virtues in disguise.

1. Atheism is about humility and patience.

Perhaps the most common criticism hurled at atheists today is that they resemble the very people they denounce. When atheists rail against religion, many claim they sound like extremist clerics calling for holy war. Atheism and religion are declared two sides of the same coin, both equally steadfast in their convictions about something that cannot be confirmed by either side.

As seductive as the criticism is, it relies on a critical misunderstanding of what atheism means. Setting aside the fact that some non-believers sound obnoxious in the tone of their arguments, the substance of atheism is in fact one of endless uncertainty and humility.

Atheism is not anti-theism — opposition to the existence of god. Atheism means, when broken down to its Greek etymological roots, "without god." It doesn't rule out the theoretical possibility of the existence of higher beings but argues that we lack the evidence and reason to believe in them. The existence of a supernatural being that cannot be experienced through sensory perception is, by definition, not something that can be determined to be false. This is why Richard Dawkins, an evolutionary biologist and the most famous atheist in the English-speaking world, said that he could not be sure that god does not exist. (Some would call this agnosticism, but agnosticism typically implies that one is truly torn over the existence of god; atheism suggests that the belief that god doesn't exist until given proof or reason.)

Atheism is, in a sense, less about shunning god than it is about shunning finality. It's about embracing uncertainty and deeming all conclusions provisional. Despite suffering from popular depiction as arrogant, atheists are humbled by the incomprehensibility of the universe and choose to wait — for more experience, for more knowledge and for greater sophistication in human ability to reason with the cosmos. This is one of the greatest assets of atheism: a mode of inquiry that calls for patience.

2. Atheism is about cultivating other kinds of faith.

One of the most frequent distinctions between the religious and the non-religious is characterized in a binary framework surrounding the word "faith." If you believe in God, you have faith, if you don't, then you don't have it.

But godlessness should not be conflated with faithlessness. Faith is not the province of holy books and higher beings — it is also vital to powering the pursuit of lofty ideals and unreachable goals that are essential to running a world always teetering on the edge, lurching from crisis to crisis. Atheism encourages people to cultivate their faith in worldly aspirations in a productive and ethical manner.

Without the expectation of an afterlife, the atheist is compelled to attempt heaven on earth. They are given extra motivation to invest faith in big projects that require the same kind of devotion that religion takes up for its adherents. Godlessness nudges people to lean into achieving what is impossible but worth striving for — the ideal individual, the ideal family, the ideal community, the ideal society, the ideal polity, the ideal economy.

3. Atheism reminds us of the power of the individual.

Regardless of whether you subscribe to a specific spiritual tradition, there are always questions on how to go about living a moral life. There are countless dilemmas on how to follow the rules laid out by an ancient religious text or the practices of your local community. Atheism has no strict set of rules, and so it encourages a critical trait: checking in with yourself on whether you agree with the ideas being laid out before you.

Atheists don't view freedom from religious rules as license for doing anything they fancy — if that were the case, then the main stereotype about atheists would be that they're friendless and criminal. In reality it means pausing for longer when being told what's right, and in turn feeling more comfortable saying no if their moral compass tells them it's not. That's a healthy practice for anyone, regardless of their inclination to believe in the supernatural.

4. Atheism mandates that we discover the world relentlessly.

Atheists are routinely criticized for an unearned sense of self-satisfaction. This critique contends that atheists are smugly content because they harbor a latent belief that they've got it all figured out. Liberated from concern about being judged by some higher entity, the godless can kick back and just yell out the word "science" in response to questions about the origins and nature of the universe.

But atheism is the opposite: It's a mandate to relentlessly discover ourselves and the world through the tools of reason and empiricism. Science is a method, not a final body of knowledge, and it requires that society constantly test its hypotheses and theories, discard those that don't work and only temporarily accept those that do. Science isn't about hard conclusions but playful guesswork and creativity aimed at chipping away at grand mysteries and being willing to ask the same questions again and again.

Furthermore, science can only attempt to answer empirical questions of what is happening; it can't answer questions of what ought to happen. "What must be done?" is a question that will pervade all human endeavor for as long as it exists, and atheism promotes an open-mindedness toward answering this question. Like scientific inquiry, moral inquiry is endless, and atheism, lacking a holy book or set of fixed rules, encourages people to constantly and critically examine themselves and their society's often stagnant ideals in order to advance it.

Religion and atheism may be ideological opposites, but they don't necessarily need to be at war. The religious can learn a great deal from atheists, and in fact atheists can learn plenty from the religious as well.