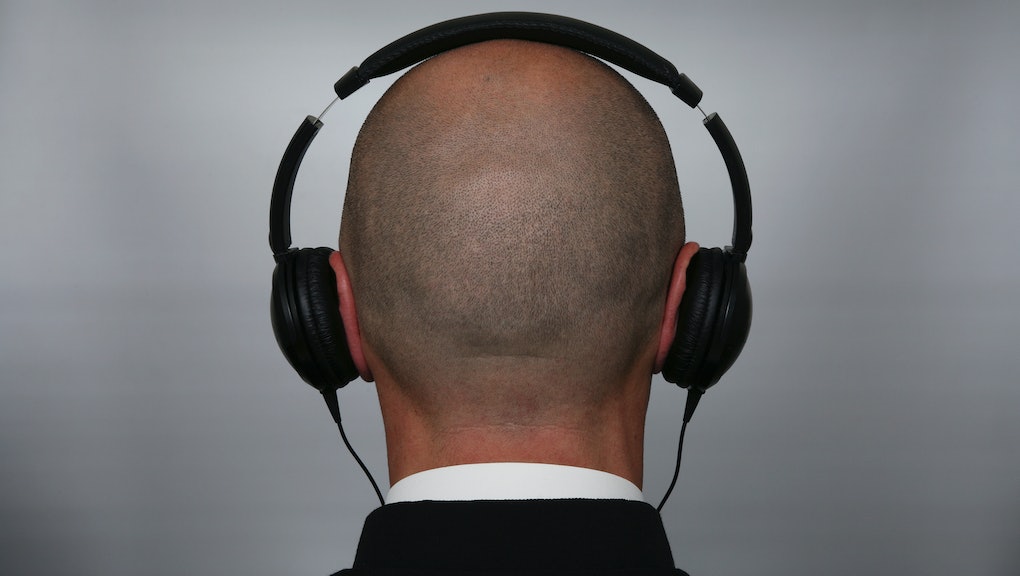 More than 1 billion people ages 12 to 35 put themselves at risk of permanent hearing loss, according to the U.N.'s World Health Organization. A study reveals that 50% of those surveyed listen to their personal audio devices too loudly, while 40% are exposed to damaging sounds from concerts and bars.

It isn't news that loud music damages your hearing. It's news that so many of us are at risk, though — that a significant portion of the global population may be headed for real hearing loss.

How loud should you listen? In an email to Mic, WHO hearing expert Dr. Shelly Chadha explained, "In scientific terms, if your volume level is 85dB or above, it is too loud and you need to limit the amount of time you can listen to such sounds. For common usage, if you cannot hear outside conversation while listening to your device or cannot understand some at an arm's length when in a noisy environment, it is too loud."

The study, released Feb. 27, says that the highest level of sound people should be exposed to during the workday is 85 decibels for eight hours. That translates roughly to the sound level between a dishwasher and a motorcycle from 25 feet away.

But that's just ambient noise; the WHO says to keep your music no louder than roughly 60% of a device's maximum volume, and restrict music-listening time to no longer than one hour per day. That's nothing compared to how much we actually listen to: According to Billboard, a survey conducted by Edison Research says that people over 13 listen to roughly four hours of music every day. And that doesn't even include live music. According to the WHO, the amount of time that's safe to listen to live music at the typical volume is just 15 minutes.

A growing problem: Several cultural factors seem to be contributing to our collectively raised volume. Commuters' preference for loud music on the subway has gotten so bad that New York City's MTA issued a suggestion to "keep the sound down" as part of their courtesy campaign. But with the prevalence of personal listening devices, people have added incentives both to keep the volume loud enough to block out their environments and to enhance their enjoyment of the music. In fact, music actually tends to sound better when played louder, generally clarifying the bass frequencies so essential to hip-hop and R&B especially.

But there's actually no need to listen loudly. "You can train your ears to listen at lower volumes, which will allow you to listen to music for long times and without causing harm to your hearing," Chadha wrote.

But considering roughly 1 in 7 people is at risk for hearing loss, chances are good you're one of them. Don't worry, though. There are simple steps you can take to avoid major hearing loss. Turn your music down, take a break from listening and wear earplugs to live shows. Your future self will thank you.