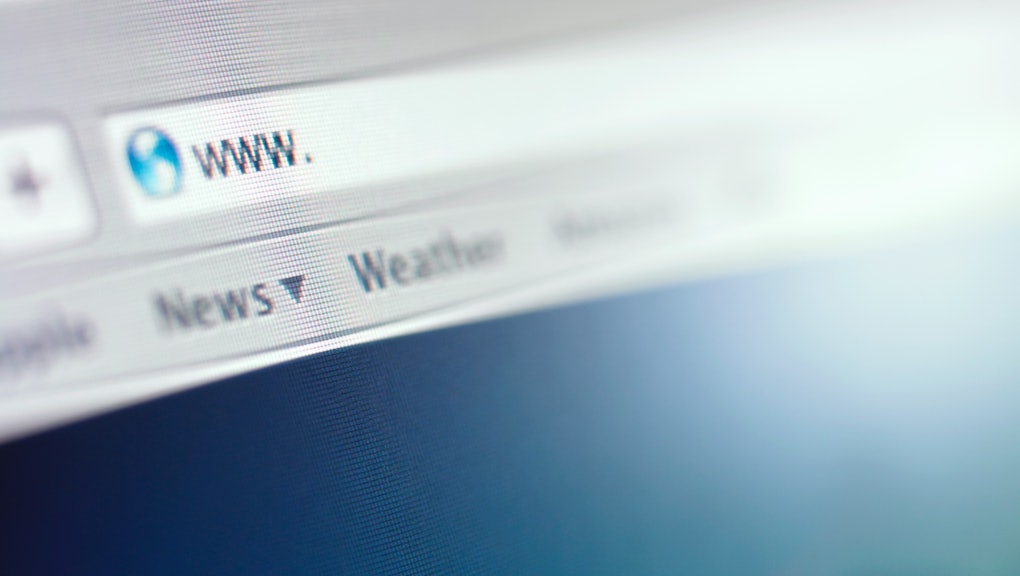 Type Loser.com Into Your Browser — the Site That Shows Up Is Hilarious

If you type "www.loser.com" into your browser, you will be met with the Wikipedia article for the Internet's favorite punching bag, Kanye West. While he may consider himself the "Lebron of rhyme" and the "Michael Jordan of music," Brian Connelly, the humble self-described "geek" who has owned the domain since the mid-'90s, thinks otherwise. And after West's Grammy's arrogance, he decided to take a stand.

A brief history of Loser.com. Values for common single-word domain names are usually quite high. But rather than reap the cash from selling it, Connelly wants to use the domain to make small political and cultural statements or direct traffic to issues and sites he cares about.

"'Loser is an interesting term," Connelly told Mic. "I don't care what language it is — 'loser' translates. For some people it's a positive or a negative connotation ... it depends how you use it."

The Washington Post provides a solid list of sites that Loser.com has directed to over the years, many of which Connelly admits he'd forgotten. In 2008, Loser.com redirected to a very literal loser: Al Gore. In 2011, it led to an article in which Congressman Sean Duffy complained about how difficult it was for him and his family to live on his $174,000 salary — a salary Talking Points Memo states is "three times the median income in Wisconsin." In 2008, Loser.com went to Barack Obama's presidential campaign site, but Connelly is quick to point out: "We weren't slamming Obama by any means. All we we did was redirect to information pages for people to sign up to register to vote so they wouldn't be a loser."

Why? Connelly has never been the biggest Kanye fan. He saw Kanye in concert and found his "visionary streams of consciousness" off-putting.

"Lecturing your audience?" he said incredulously, "I mean your audience supports you. They're there. And you're up there yelling at them like 'Where's the press?!' ... I don't know."

Then after watching him flaunt the same egoism at the Grammys when he nearly stole the mic away from Beck upon receiving his Album of the Year Award, Connelly said it just rubbed him the wrong way.

"I was sitting down like maybe the day after and it just kicked me in the butt. It was just like 'Holy crap, this guy! The nerve! He's going to repeat again! He didn't learn after attacking that little girl!'" Connelly said, "I'm a father. I've got 2 daughters. If a man got up on stage and ripped the microphone out of her hand during her moment – Holy crud! What does that say about that human being?"

The next day, he changed Loser.com's redirect to to Kanye's Wikipedia page. It took a while for the people to notice, but when they did, it blew up across the web.

However, on Tuesday night, Connelly's conscience started to get to him.

"I actually had reservations last night about what I'd done, because it did make such a big deal," Connelly told Mic. "Maybe I might hurt little Kanye's feelings, you know? The guy does seem pretty sensitive. It got me thinking about the whole cyberbullying thing and what not ... And I actually changed it over to Beck's 'Loser' for most of the night. But then I woke up the next morning and I guess I was over it, and thought I guess he deserves it."

"It's just satire," he said. "I'm not going to write a real article saying he's a loser or anything." Leave that to the media.

All in all, it's just good fun. Connelly plans to keep Loser.com for now. If the right people came along with the right price and a good idea for how to make use of it, he might consider selling. Until then he'll just continue to point out whichever loser strikes his fancy that day. And it might not be Kanye for long. Mr. West seems to be humbling himself more and more these days, apologizing last Thursday to Beck for his outburst. He even laughed at his own stage-storming antics during a recent appearance on the SNL reunion.

In the meantime, Connelly interested in collecting suggestions for who the people want to see as the next "loser."

"If people tweet #loserdotcom and let me know, I'll make it go. Whoever gets the most is where it'll go," he told Mic.