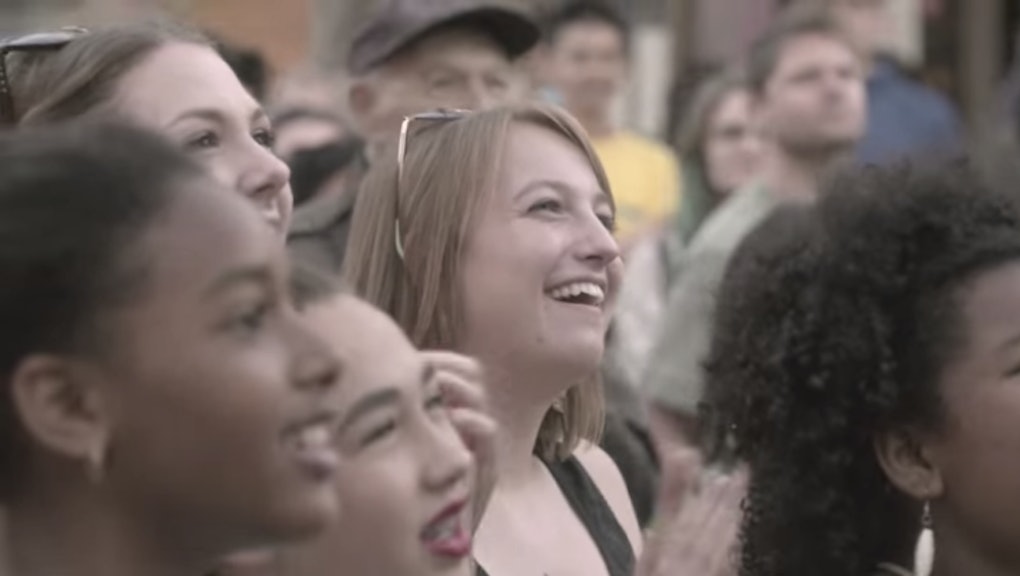 You can throw out all the diversity stats you want. You can bring in psychologists and evolutionary biologists to prove how similar we all are. You can make political speeches, and you can sign endless petitions.

But perhaps the simplest, most poignant argument for acceptance is a reminder that when it comes to love, there are no limits or labels that separate us. That's what the latest viral video warming the Internet's hearts, brought to us by the Ad Council, shows.

The nonprofit behind numerous moving public service announcements teamed with ad agency R/GA for the first video in its "Love Has No Labels" campaign. The objective of the campaign, as the Ad Council explains on YouTube, is to challenge our implicit or unconscious prejudices: "Many of us unintentionally make snap judgments about people based on what we see — whether it's race, age, gender, religion, sexuality or disability."

These labels, even when we don't realize it, color the way we view others. But stripping away those labels and seeing what we really have in common can start to challenge those biases. Using a giant X-ray screen in the middle of a pedestrian area in Santa Monica, California, on Valentine's Day, you could see what we really all do have in common, beyond the labels or physical appearances: love for one another.

This video is clearly meant to tug on our emotions. But even our cynical, jaded, Tinder-deadened hearts can appreciate the message that love overrules differences.

The value of seeing the commonalities up close and personal can't be understated. We may fight for LGBT rights on a mass scale, for example, but a 2014 study found that a single conversation with a gay person can change a person's views on same-sex marriage. Actually knowing and living around interracial couples can have a similarly powerful effect on prejudice.

In other words, connections matter.