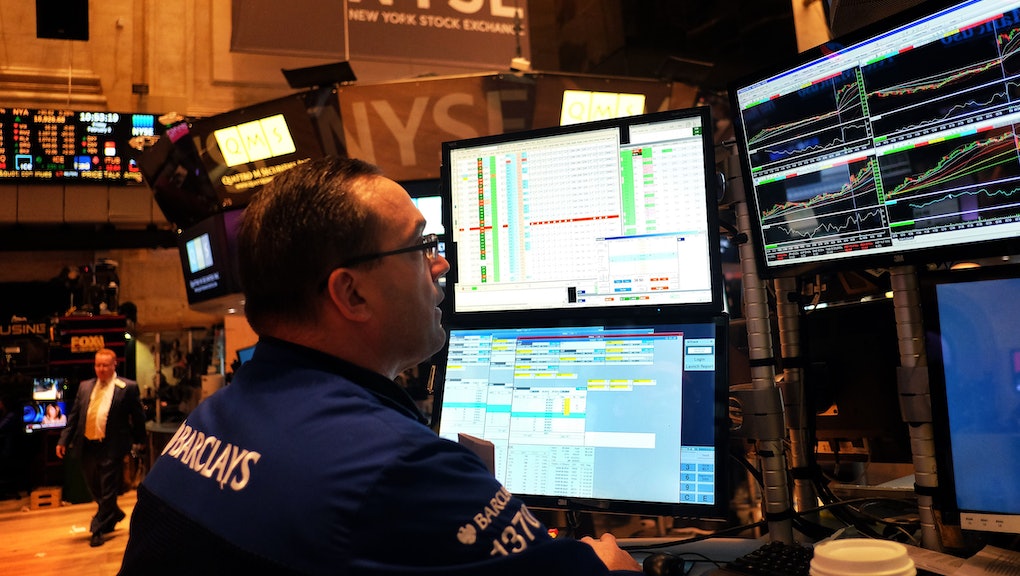 If You Were Born After 1984, You've Never Experienced This Kind of Job Market

The U.S. economy has finally slugged its way out of the ditches.

The Wall Street Journal reports that Department of Labor job numbers indicate that the labor market improved in all 50 states, Puerto Rico and Washington D.C. in 2014.

On their own, those numbers are impressive. But according to the Wall Street Journal, this marks the first time the unemployment rate has shrunk in every state simultaneously since 1984. So if you're under 30, you've never lived in a national economy quite like this:

Who's to thank? Robbie Hiltonsmith, senior policy analyst for liberal think tank Demos, was upbeat about the jobs numbers but said the recovery has little do with national leadership in Washington. He told Mic via email that 2014's job numbers actually happened in spite of government mismanagement.

"National policy has only hurt job numbers. A too-small stimulus, cuts in federal spending, failure to raise minimum wage, etc., have all hurt," Hiltonsmith wrote. "Federal Reserve policy has helped a little, but most of the job growth is simply the inevitable (albeit delayed) rebound of the world's largest economy."

While he noted the unemployment drop can be partially attributed to people leaving the job market entirely, Hiltonsmith characterized the 3.2 million jobs created between January 2014 and 2015 as "a pretty astounding number."

High-paying jobs. Half of the jobs were high- or medium-wage sectors, Hiltonsmith said, with hundreds of thousands of new positions in construction, manufacturing, transportation, health care and professional and technical services.

So not only did the U.S. create a large number of jobs in 2014, but for the first time in a while, it created large numbers of well-paying, high-skilled jobs. Just 700,000 of the new jobs, or about 20%, were in the two typically low-paying sectors of food service and retail. Not only has the so-called jobless recovery now started to churn out actual jobs, decades of wage stagnation have begun to crack as well.

"Finally, it was (finally!) a good year for wage growth," Hiltonsmith wrote to Mic. "Real average weekly earnings were up 3.8% between January 2014 and January 2015."

So, the question remains: Was 2014 a fluke, or is this a sign of a larger turnaround for a nation of workers that is still in the process of climbing out of the Great Recession?

"The underlying fundamentals of the economy remain solid and there is no reason we won't continue to see the type of economic growth and job growth that we saw in 2014 continuing this year," FNC Financial Service Group senior economist Gus Faucher told Reuters.

Essentially, the economy really is in full recovery mode. This is great news for the estimated 2.8 million long-term unemployed workers who are still struggling to find work, as well as for young adults facing high levels of student debt. If 2015 is as good a year as 2014, the grim after-effects of the Great Recession might stop haunting our dreams soon after all.