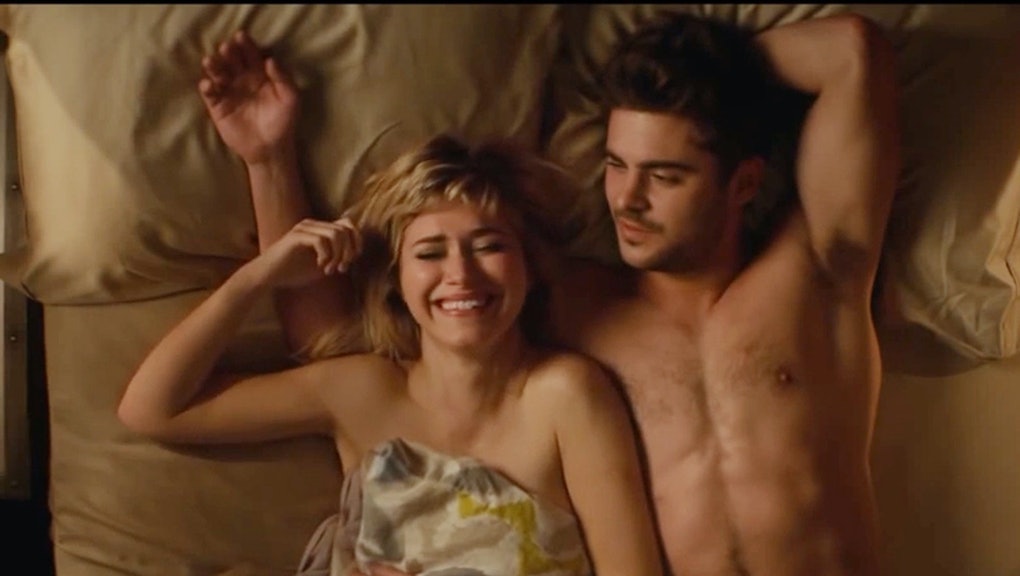 Where does a typical one-night stand lead? Maybe to an awkward goodbye, a late-morning brunch or, if we're lucky, a second date.  At least, that's been the predominant narrative: Hookups, casual sex and friends with benefits are supposedly the quickest way to render a generation unhappy and unfulfilled — and certainly not headed down the aisle.

But there's evidence that one-night stands might be improving the path to marriage in America, according to data from the annual national "Singles in America" study, published in a recent Nautilus essay by anthropologist Helen Fisher. As so many of us are finding, casual sex and genuine relationships are not mutually exclusive.

Casual sex doesn't always stay casual: "In the 2014 'Singles in America' study, 66% of single men and 50% of single women reported that they had engaged in a one-night stand — and these numbers have varied little over the past five years," Fisher's data revealed.

In other words, hopping into bed right away doesn't mean you're headed for a dead-end relationship. The finding is in line with research from sociologist Anthony Paik, who in 2010 found that "rewarding relationships are possible for those who delay sex. But it's also possible for true love to emerge if things start off with a more Sex and the City approach, when people spot each other across the room, become sexually involved and then build a relationship," he said in an interview with the University of Iowa News Services.

Slowing things down: One reason behind the new pattern — impromptu sex developing, against all odds, into something serious — is that we're increasingly fine taking a slow approach.

No need to pick between the forked paths of "strictly casual" and "headed towards marriage." Instead, Fisher says, we're opting for "slow love," a road to a long-term partner taken by way of "one-night stands, hooking up, friends with benefits, living together, pre-nups, civil unions," she writes in Nautilus.

That "slow love," as Fisher names it, is evident in how our dating so often works today. It may take years to settle down and get married, but as a recent Mic survey found, it takes most couples only about four weeks, or about six dates, to become "exclusive." This is in part because we're getting physically intimate faster — we're more likely to kiss, have sex and strike up communication with new partners faster than ever before, which can prompt both hormonal reactions and habits that make for closer relationships.

But after deciding to hang exclusively, we take some more time to label ourselves as couples, a Time Out survey found. Couples are holding off on the engagement and letting the relationship play out even longer. Whether it's the risk of divorce deterring couples from getting married at an early age or the increasing acceptance of cohabiting, multiple factors have pushed the median age of marriage has risen to 27 for women and 29 for men, and it's likely to keep climbing.

It's not that we're not making our way towards commitment. It's that "slow love" offers something fundamental in our search for partnerships: the ability to develop true attachment.

Testing the waters: One of the most pervasive myths about the Millennial generation is that our boundless desire for casual sex precludes true intimacy. "But in my experience, the opposite is true," writes Maureen O'Connor in the Cut. "When you share your bed, your toothbrush, your sexual hang-ups and the topography of the ­cellulite on your butt with a stranger, the intimacy is real. It just happened before familiarity did."

That intimacy can, in fact, lead to familiarity. With the advent of contraception, disease protection and the millennial acceptance of hookups, we've never been better positioned to take advantage of the slow connection casual sex can provide.

"We're able to control the downside of [casual sex]. And we may just get the upside of it: falling in love with this person," Fisher told Mic. It's all about letting that slow connection blossom into the all-important feeling of attachment, sans pressure.

Luckily being cautious and having that one-night stand aren't mutually exclusive. Just take your time.