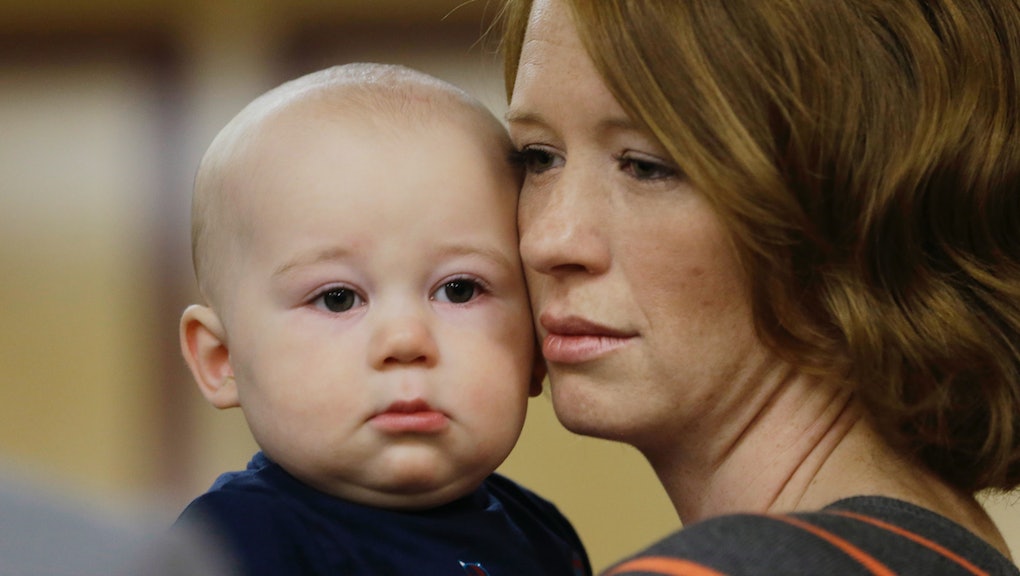 Study Reveals How Millennials Feel About Spanking, and It's Bad News for Our Kids

Bad news for the children of America's most "progressive" generation: Your ass will not be spared. Turns out millennials are just as prone to lay a good old-fashioned whupping on their kids as their parents were, possibly even more so.

The 2014 General Social Survey out of the University of Chicago found that 74% of people age 18 to 29 believe a "good, hard spanking is sometimes necessary to discipline a child," the Washington Post reports. That's right: Three-quarters of the most "tolerant" and "optimistic" demographic in history think the proper way to correct a child's behavior is by slapping them repeatedly on the behind.

Your response may be one of the following: "Spanking worked on me," "I turned out OK" or "How else will my kids learn to behave themselves?" To complicate matters, corporal punishment is often understood as a matter of tradition or cultural relativity, making it hard to peg as definitively "right" or "wrong."

The numbers would support this claim. A FiveThirtyEight analysis found that religion, geography, race and political leaning are all more likely to influence attitudes toward spanking than age. But the irony here remains stark. Millennials have long been lauded as a generation of science enthusiasts, and if that's true, science has some hard truths about physical punishment we seem to have missed entirely.

"Right" and "wrong" become irrelevant when you consider what spanking really does to kids. Psychologist Darcia Narvaez reviewed the literature for Psychology Today in 2013 and found that such practices not only fail to increase children's compliance with parental orders, but also raise the child's level of aggression.

In fact, "long-term compliance is [actually] decreased after spanking," Narvaez writes, while kids who get spanked are "more likely to step back from the [parent-child] relationship and build a self-protective shield around themselves." Not to mention its behavioral impact applies equally across the board, no matter the child's race, gender or socioeconomic background.

Nevertheless, the Internet abounds with op-eds singing the praises of corporal punishment. Jared Pingleton at Time claims spanking is "most effective as a deterrent" for young children if "properly understood and administered." Such articles cite anecdotal evidence not supported by clinical studies. Few account for the logic's basic inconsistencies, such as that in order to be effective, conditioning by physical punishment has to happen right after the offending incident, which, on top of being really hard to do, still may damage children psychologically in the long term.

This is not to say there's no convincing moral argument to be made against spanking. There definitely is. But as people who are praised for our progressive views and enthusiasm for science, it seems odd that millennials would reject such damning empirical findings in the name of an archaic form of violent punishment. Clearly, we still have a lot to learn, and not a lot of time left to learn it. In the meantime, pray for our kids.