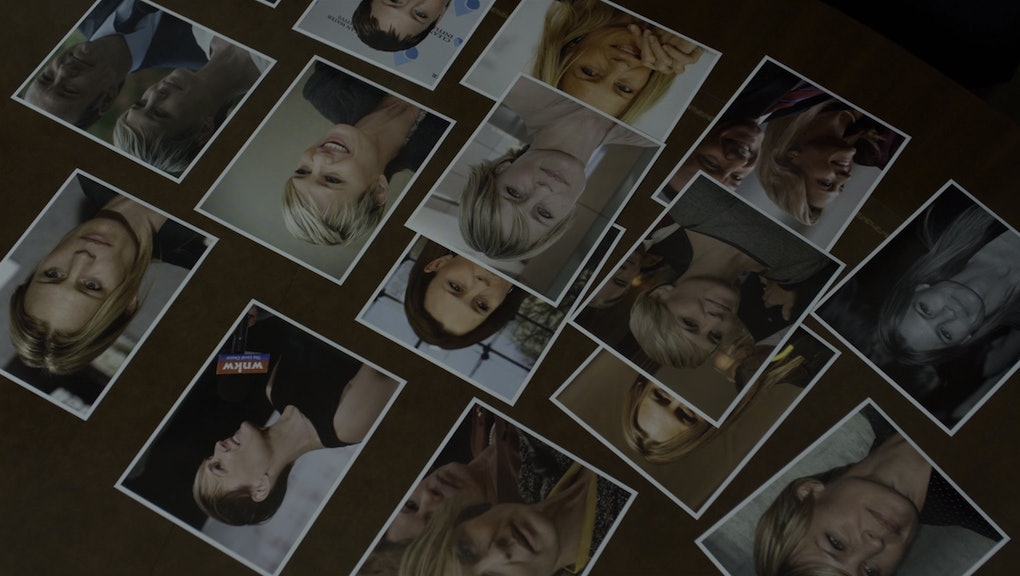 You can't always get what you want. But if you're President Frank Underwood, you might just find that you get what you need — right before someone takes it away from you.

After signing away his America Works program to save Americans from a hurricane that never even happened, Frank is on the campaign trail, leather flight jacket and all, turning his back on a presidential promise to not seek (re?)election. Fortunately, Frank and the viewers are spared from a montage of town hall events and corndog-eating competitions by a crisis in the Jordan Valley: Eight Russian soldiers have been killed in an explosion, and the Russians won't let anyone near the blast site.

It takes Frank, first lady/U.N. Ambassador Claire Underwood and the entire national security apparatus of the United States two-thirds of "Chapter 35" to come to the obvious conclusion: Russian President/Bond villain Viktor Petrov is behind the bombing as a way of sabotaging the U.N. peacekeeping agreement. Israel institutes a no-fly zone over the Jordan Valley; Petrov says "Screw your no-fly zone" and makes out with a first lady; and Frank flies to the Middle East, flight jacket and all, for a final showdown with the only interesting antagonist House of Cards has ever had. It goes poorly.

Petrov, predictably, has a few demands: The removal of U.S. troops from the Jordan Valley, the scaling back of missile defense operations in Eastern Europe... and Claire's resignation as U.N. ambassador. Oh snap.

Will Claire's resignation put out the fire for the Underwood White House? Or will the collapse of Doug Stamper's sobriety, Frank's declaration of war against opponent Heather Dunbar and the weirdly un-sexy flirtations of his autobiographer ignite a full-on conflagration?

Kevin O'Keeffe: Scott, permit me to peel back the curtain a bit. Ordinarily, I watch the episodes of House of Cards as we go — either the night before or the day of our recap, I cue up Netflix and watch the wacky ventures of Frank & Co. But in this case, I watched these episodes a couple of days before we wrote. It wasn't that much time, though, so I figured I'd be able to remember most of what happened.

I remember nothing. Most of your plot description sounds vaguely familiar, at best. Who is Petrov? Where is the Jordan Valley? What is America Works? Kidding! I could actually never forget that. America Works is burned into my brain for eternity. That's how many times Frank has brought it up this season.

But maybe he brings it up so much because without repetition, this season's plot just isn't very memorable? Thinking back on our past few recaps, I find myself remembering big, bold events — hurricane, marriage collapses, ambassador appointments — but not the finer points. And this was a pair of episodes full of finer points, but not much else.

The point that stuck with me most was one I made in a past recap: Stop dancing around Frank being queer. Watching Frank and Tom Yates, the biographer whose respect for personal space leaves as much to be desired as his purple prose, get so close to actually acting on their attraction to each other, only to stop short, was absolutely infuriating. I actually yelled "Just kiss already!" at my TV screen. I have become a shipper, and I don't even ship these two! I just ship House of Cards with literally any queer ideas or feelings. Bring back the Secret Service dude who had a threesome with Frank and Claire last season! Have Agent Goldmember and Yates hook up! Have Claire set Yates and Michael Corrigan's widower up on a blind date! But this is just a long game of limbo we're playing here. It's not exploring queerness; it's pure queerbait.

Ugh. I'm just frustrated now. I can't even begin to think of how disappointed I am in Frank bowing to Petrov and firing Claire. What did you think of these installments, Scott?

Scott Bixby: I think these episodes largely spoke to Frank's ineffectiveness as president, or at least how easily disrupted his plans have been so far this season. Every "genius" move has been neutralized: Frank nominated Claire to be U.N. ambassador, but had to make it a recess appointment, and her tenure before her resignation was spotty at best. Frank "borrowed" $3 billion to fund America Works, making an enemy out of Congress and nearly destroying the East Coast in the process, but had to sign the program away. Frank had the perfect opportunity to sideline Dunbar from becoming a primary opponent with a Supreme Court nomination, but tripped over his own malevolence and made her hate him even more.

The only signs of the Frank Underwood of old in this pair of episodes was Frank's reaction to Doug's relapse. Driven by his love for Underwood, (don't worry, Tom — it's purely professional), Stamper assigned himself the role of double-agent in the Dunbar campaign. That, combined with the stress of watching the same security camera footage of a girl who might be Rachel Posner crossing the same street a thousand times, forced him back into bar-fighting, knee-walking, morning-vomiting alcoholism that nearly kills him. Frank's call to Dunbar, telling her that if she "endangers" Doug again, "I will put you in your fucking grave," was the most resolute we've seen him all season. He may have lost Claire to an enemy, but he'll be damned if he loses Doug. Plus, the phone call had the added benefit of using Dunbar's humanity against her: Frank doesn't give a rat's about using someone's alcoholism to his own benefit (RIP Congressman Peter Russo!) but he knows that Dunbar does.

Meanwhile, Claire has resigned from the office she wanted so desperately, and now devotes her time to the campaign-trailing, hat-knitting bullshit that the political-industrial complex requires of its candidates' spouses. She's even changing her hair back to blonde! (The Iowa focus group demanded it.) What's her future now? All of that ambition and nowhere to exercise it — she's going to either break her rowing machine or tear down the White House.

O'Keeffe: Oh, I liked when Frank called Dunbar! I actually remember that. It struck me as a moment when his bark truly matched his bite, as opposed to all the times he's ineffectually yelled at his cabinet this season. Who knew he just needed to be motivated by love? Of course, you're right: He is just using this emotion to prey on actual-good-person Dunbar. She's shaken, and we'll see how that affects her the rest of the race.

So Claire and Frank are for sure getting divorced by the end of this season now, right? He stripped her of a way to express her ambition, and she's not gonna tolerate that for much longer. If this whole season has been about their marriage, it does feel like the break of that marriage will be the dissolution of that. Maybe I'm wrong, but it feels like that's where we're going.

And I know that, symbolically, the change back to blonde is a bad one, but she just looks so much better in it. Am I a monster for thinking that?

Bixby: The symbolism of her hair color reversion is of the complete erasure of Claire's attempt to forge her own identity and destiny. She prefers it dark, but, "We'll do what we have to do," she murmurs despondently. She says it with the same resignation as a suburban housewife relenting to her husband's insistence that they host the company Christmas party (again), too weak with ennui to even look up from her half-order of Cobb salad at Houston's. (I'm from Scottsdale, it happens all the time.)

For me, the most disturbing moment of these episodes was Frank's response upon realizing just how far off the wagon Doug had fallen. His former chief of staff, weak and drunk, insists that, "I'm not Peter Russo. I won't go like he did." "No, you won't," Frank says. (He won't get murdered in a parking garage by Frank? Presidential promises aren't what they used to be.) "You're going to get better, Doug." Doug lays his head on Frank's lap, and Frank looks completely disgusted. Was it the weakness of someone who Frank had always considered to be a rock? Or has Frank become disgusted by all displays of human emotion? If it's the latter, Claire is probably just one 10-second crying jag away from being cast aside, too.

O'Keeffe: I guess the Doug stuff didn't resonate as much with me because I haven't watched the other seasons — had no idea who Peter Russo was until you told me — but come to think of it, isn't it remarkable how little I've had to say that this season? I figured watching this show with no context would be a lot more difficult. We'll see what happens in these last few episodes.

And yes, you're right about the hair being a symbolic reversion. But like I said, and mark my words: Frank stifling Claire's ambition will be the end of their marriage. I'm more convinced of it now than ever.