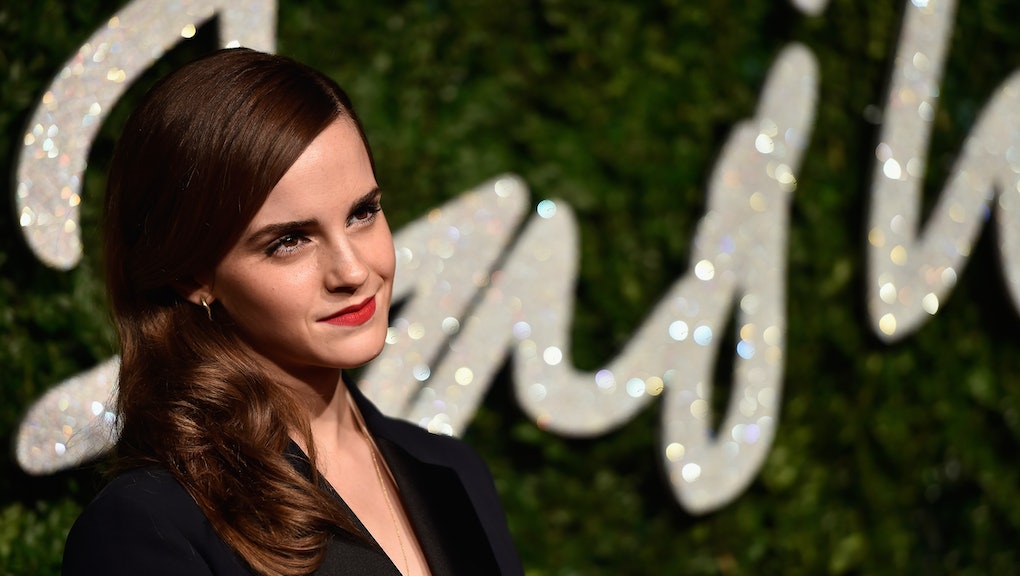 In One Sentence, Emma Watson Just Summed Up What Every Woman Wants Her Date to Know

Emma Watson has taken on many wonderful roles, from the whip-smart Hermione Granger and fearless U.N. Women Goodwill Ambassador to spokeswoman for the feminist campaign HeForShe. Now we can add "dating advice expert" to that ever-growing list.

On Sunday, in honor of International Women's Day, Watson joined a Facebook Q&A at the site's London headquarters, holding court on feminist topics large and small. Among the many questions she answered, one, highlighted by BuzzFeed, was how she reacts to men holding the door open or paying for her on a date. Naturally, Watson had the perfect explanation for these old-school traditions:

"The key is that chivalry should be consensual."

Dating as a feminist: Watson's words ring true for feminist men and women alike trying to navigate touchy subjects like who pays on dates. Courtship itself can feel inherently dated, and there's no set script on what's "right" when dating as a gender-equal feminist. "It's just a problem when people expect things to be a certain way to follow a certain status quo," the former Harry Potter star told the Facebook Q&A.

One clear solution is to extend the traditions: Kind gestures are fine, as long as they go both ways. "When I'm polite and you're polite and we're making the world a better place with these small polite gestures," she told the audience.

It's an ideal, however, that we haven't quite reached. According to a 2013 survey by California State University, 84% of men and 58% of women reported that men pay for most dates. Of the women surveyed, 39% had hoped their date would decline their polite offer to pay. We're at a moment in time when our ideals of gender-equal chivalry still don't necessarily match up with gendered expectations of dating.

That means things will get uncomfortable, as anyone who's ever done "the dance" when the check arrives knows. On recently taking a man out to dinner, paying for the check and all, Watson admitted: "The cool thing about it was we were both willing to have the conversation about why it was awkward."

Chivalry, revisited: Watson's idea that chivalry should be consensual is especially important as society debates what it means for women to be treated as total equals, with respect but sans double standards. The classic gendered view of chivalry — that men should give women special treatment – may seem generous on the surface but seems built on inherent inequality between the sexes.

As Mic's Julianne Ross explains, "Treating women this way only preserves a uneven gender dynamic wherein men are dominant, women are vulnerable and everyone's expression is restricted by meaningless ideals dictating how 'real' ladies and gents should behave." Chivalry plays into tired ideas that women are helpless and that men don't deserve nice treatment themselves, and it disregards gender fluidity altogether. When we date according to outdated gender roles, we risk setting ourselves up for unequal treatment in a relationship.

Why Watson's wisdom matters: Emma Watson has been leading the conversation on how sexism affects our society, from online harassment and red carpet double standards for women to men's role in fixing the problem. While dating etiquette might not seem to rank highly with other systemic instances of sexism, our dating behavior says a lot about how what and who we value in our partnerships. The only way we can get over tough, awkward conversations about gender roles is by facing them head-on.

The Q&A host might have been joking when he told Watson, "We're going to base what we do when we leave here on what you say now," but maybe we should.