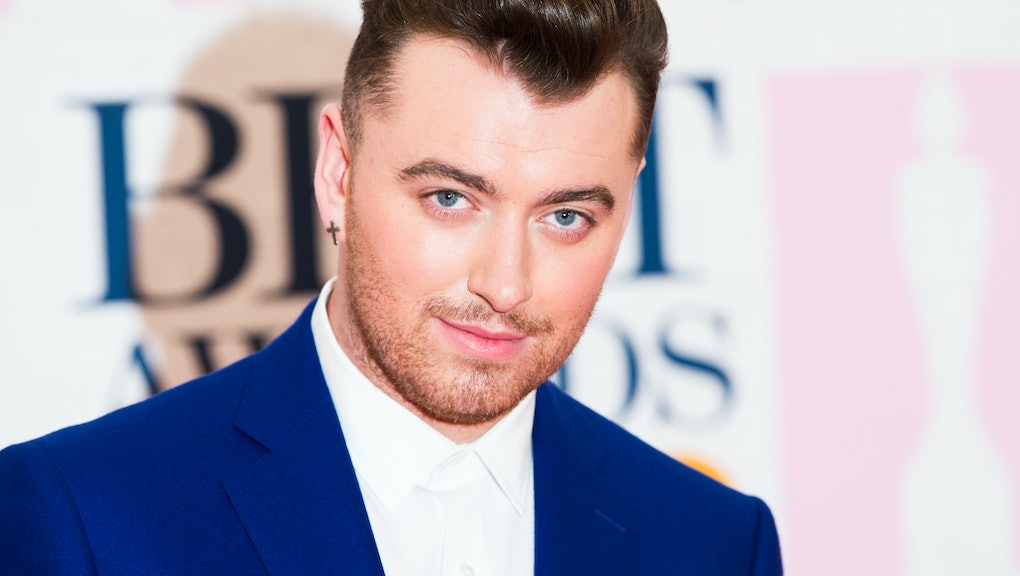 10 Celebrities Who Had the Perfect Response to Fat Shaming

Whenever someone steps into the outside world as a fat person, or their weight has noticeably fluctuated, onlookers are not shy to criticize.

"Should you really be eating that doughnut?"

"Are you trying to stretch the food or stretch your stomach?"

"You're starting to get a bit round."

"Maybe you should consider going on a diet."

This is what fat shaming looks like. People are targeted with pressure to conform with mainstream ideals of beauty. And if they don't, they face discrimination or become associated with false stereotypes and myths of fat people — such as being lazy, unintelligent or weak-willed. It doesn't have to be this way, nor should it be.

Studies have shown that fat shaming not only doesn't work, but often has the opposite effect. The social pressure it entails often translates into negative physical and mental health for the people who encounter it daily. It can trigger disordered eating or even depression.

Thankfully, more and more people are directly challenging these kinds of judgmental behaviors and remarks. Here are a few illuminating examples:

The Academy Award-nominated actress and Empire star couldn't enjoy a stroll down the red carpet at the 2014 Golden Globes without Internet strangers picking apart the size of her body. But Sidibe returned the favor with an epic clapback on Twitter the next day.

Weeks before Smith took home a handful of golden prizes at this year's Grammy Awards, radio shock-jock Howard Stern called him a "fat ugly motherfucker" and "effeminate," jeering at the "Stay With Me" singer's success and declaring him a one-hit wonder.

But when Smith stood on stage to collect the Grammy for best pop vocal album, he used his moment of glory to send an important message: Cultivating a more positive relationship with his body and his weight, he was better able to channel inner authenticity into songwriting and musicianship.

Months after having a baby and preparing the release of her new album, Clarkson traveled across the pond, promoting Piece by Piece on a late night talk program in the U.K. But then notorious fat-shaming British media personality Katie Hopkins made Clarkson her latest target, tweeting, "Jesus, what happened to Kelly Clarkson? Did she eat all of her backing singers? Happily I have wide-screen," among other nasty comments. Leave it to the American Idol alum and "Stronger" singer to have the final word.

"I've just never cared what people think. It's more if I'm happy and I'm confident and feeling good, that's always been my thing," she told Heat magazine. "And more so now, since having a family — I don't seek out any other acceptance."

In what's easily one of the most memorable moments from her talk show, Banks addressed beauty magazines, tabloids and others who took the model to task for gaining weight. The needless controversy stemmed from a set of photos where Banks was enjoying a day at the beach in a swimsuit, with magazines highlighting her weight fluctuation.

When Texas Rangers first baseman Prince Fielder posed nude for ESPN The Magazine's 2014 Body Issue, some online reactions poked fun at his physique, mocking the possibility that a man of his stature could possibly be considered an athlete. But if his words during the interview were any indication, he'd heard it all before.

"A lot of people think I'm not athletic, or whatever, but I do. Just because you're big doesn't mean you can't be an athlete," Fielder told the magazine. "And just because you work out doesn't mean you're going to have a 12-pack. I work out to make sure I can do my job to the best of my ability. Other than that, I'm not going up there trying to be a fitness model."

6. The response to the Internet trolling of "Dancing Man."

As Mic's Tom McKay wrote, "It all started when Free Thought Project writer Cassandra Fairbanks encountered a post from notorious Internet troll-hole 4chan, in which an anonymous user reported he had body-shamed a heavyset man into ceasing his dance moves by laughing at him." That's when Fairbanks and others joined forces to fight back against the sad aggrandizing of fat shaming.

Soon after, the #DancingMan and #FindDancingMan hashtags trended, as social media set out to find the man and devise a creative way for him to celebrate his cool, groovy moves, minus the body shaming: a dance party. Their efforts were successful. Soon after, musicians including Pharrell Williams, Moby and Ellie Goulding offered to join in the impending plans and be part of the impact.

The former Who's The Boss? and Charmed star was skewered by comedian Jay Mohr for having post-baby body fat in December 2013, after Milano made an appearance at a NASCAR awards event: "It seems like she had a baby and said, 'I don't really give a s**t' ... I read it on her gut. ... Somebody sat in the director's chair and was not wearing Spanx and I was like, 'Jesus Christ.'"

Milano tactfully tweeted Mohr her disappointment in the joke, which elicited an apology. But in an interview soon after, she took to task anyone who feels it's OK to make fat-shaming jokes, let alone ones that target women after they have a child:

She's totally not here for the backhanded compliments about how she dresses or how her body looks. In an April 2014 interview with Jimmy Kimmel, Kaling rebuffed the idea that it's somehow "courageous" for her to wear midriff-baring dresses or even to simply navigate life as an average-sized woman.

The House of Lies and Frozen star had her fill of being bashed for pregnancy weight gain — something that's unfortunately par for the course for many women who have kids. In a 2013 interview with Redbook, Bell made it clear that she had stopped worrying about the way she looked and what she weighed.

After walking the red carpet at the 2013 BAFTA Awards, the British comedian was the target of comments that called her appearance "disastrous," dismissing her as fat and ugly during one of her shining moments. But in an essay for Radio Times, she pointed out the absurdity of being picked apart for her looks instead of there being a focus on her achievements.

"Why does it matter so much what I was wearing? ... I felt wonderful in that dress," she wrote. "And surely that's all that counts."

Ultimately, that's what 's most important — feeling affirmed and embraced by both self and community, without the needless negativity of people who have nothing better to do than police other people's bodies.