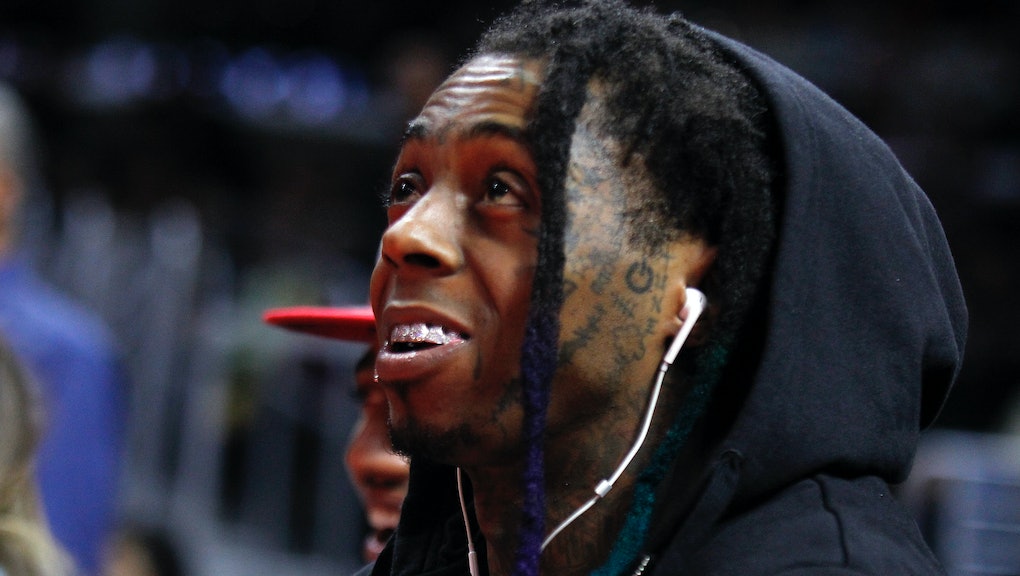 Police, including SWAT teams and a hostage negotiator, rushed to rapper Lil Wayne's Miami Beach mansion Wednesday after a man contacted the Miami Beach Police Department claiming that he had shot four people inside. After hours of high alert, officers determined the call was a hoax.

Officers set up a perimeter around the La Gorce Island residence before a SWAT team breached and entered the residence, reports WSVN-TV. They discovered nothing out of the ordinary inside. Wayne, whose real name is Dwayne Michael Carter Jr., was not present in the house during the incident.

Miami Beach police released statements on Twitter and to media indicating that they believed the call was a "swatting" incident, a type of crime in which someone maliciously (or anonymously) files a false emergency report in order to trick emergency services into rushing to a location. Swatting incidents are usually intended to cause emotional distress and are dangerous when they involve false reports of gunfire, bombs or hostages because officers are likely to arrive ready for an armed confrontation.

Swatting: People who engineer swatting incidents are generally held liable for the cost of police operations that ensue. WOWT-TV reported that swatting has recently attracted the attention of the FBI as a major waste of police resources; SWAT deployments don't come free of charge.

In the latest episode of Digg's Reply All podcast, Apex, North Carolina police's Blair Myhand said, "You go in with the anticipation that you will see a mass murder, and you may end up having to kill someone tonight." He recounted one incident in which a SWAT team under his command arrived in a local resident's backyard after falling victim to a swatting incident, only to find a nervous homeowner who confronted them with a shotgun. The resident believed he was protecting his family against an intruder.

Online problems: Swatting has become associated with Internet harassment thanks to several incidents in which online trolls placed false phone calls to lure police to homes of their targets.

In August 2014, YouTube personality Alexander "Whiteboy7thst" Wachs was arrested on felony marijuana charges after police responded to a hoax report of an armed and suicidal person. It was the third time that month officers had been called to Wachs' home. The charges were later dropped thanks to what Will County state attorney's office spokesman told the Chicago Tribune was a "unique set of circumstances."

It's not entirely cleear who would want to target Lil Wayne, though he does have ongoing feuds with rappers Cash Money and Birdman. But it's important to remember that it could have been anyone from a disgruntled fan to a random jerk looking for attention. Whoever the caller was, Lil Wayne has a message for them:

According to TMZ, the call comes 11 days after police responded to a call of a suspicious person inside the building. WSVN reported that police identified a person of interest in the incident, but that he was released without being charged as officers encountered him on public property.