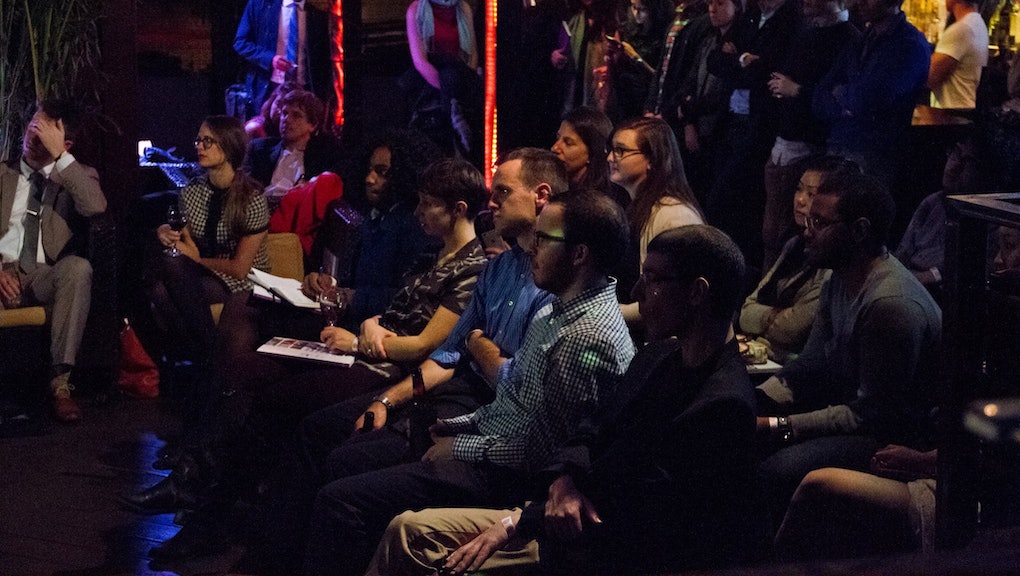 It's a sentence more than a few 20-somethings are uttering lately, perhaps to the surprise of their parents and middle school teachers. But the popularity of TED talks, apps like Duolingo and Coursera and even classes for hobby-driven pursuits all point to a trend: a desire to embrace learning outside the classroom, even if you've just left it. And we're filling that urge in awesome ways.

A purpose beyond the office: As a purpose-driven generation, we're seeking something with meaning beyond the limits of our jobs. The Deloitte Millennial Survey 2015 found that today's young adults are less focused on work that generates profit and more focused on purpose and people. Additionally, only 28% of the 7,800 millennials surveyed worldwide felt that their full-time job was making full use of their skills.

Classes enable individuals to explore the skills they're actually passionate about. General Assembly is one company making it happen for people interested in tech, business and design. Foreign language is another big category, with schools like Fluent City in New York City drawing in students eager to add a language to their repertoire in a way that benefits their everyday lives.

"When you enroll in a class [like this], you pick the goal you are working towards," Mandy Menaker, operations and marketing head for Fluent City, told Mic. "This goal may be to prepare for an international trip or to meet like-minded individuals with the same hobbies and interests. Classes offer the opportunity to expand your network and stimulate your brain without the pressure of needing to succeed for a paycheck."

No classroom required: New models of adult education are cropping up in response to the trend of young, self-motivated learners. The Brooklyn Brainery is one highly successful organization putting on classes based on the philosophy of making it fun, cheap and academic — and focused on learning skills you can't apply to your career.

Instead, the motivation to attend classes like composting, abstract painting, and something called "Dark Matter and Dark Energy" (currently sold out) are as straightforward as self-improvement, personal aspiration or just plain interest.

"U.S. universities offer free courses for the community around them to join, but not a lot of people actually show up," Saar said. "There's an ivory tower mentality and people are kind of scared walking through university gates."

Raising the Bar is attracting as many as 9,000 people on a single night to lectures in New York City, so it's safe to say the strategy is appealing to young people. "In a time where educational sources are ubiquitous, whether from the news or streaming sites or podcasts, it's nice to have something that's social. And involves drinking," Sam, a 25-year-old who has attended Raising the Bar lectures, told Mic.

Even more traditional classes have social motivations. Fluent City recently surveyed their students about their desire for continuous learning and found that students who sign up for classes with friends (or to be able to better speak the language of a friend or family member) are more likely to stick with the classes.

Pursuing that purpose with our brains helps us stay sharp. A 2007 study found that education completed in early adulthood is associated with higher cognitive ability throughout life, including memory and verbal fluency. As Brandeis University psychologist Margie E. Lachman told the New York Times, "Education seems to be an elixir that can bring us a healthy body and mind throughout adulthood and even a longer life."

Creative hobbies may include additional benefits. Psychologist Mihaly Csikszentmihalyi has spent years highlighting the power of creative activities to calm us. The deliberate, focused motions of, say, knitting or molding pottery get us in a state of "flow," calming us down and unlocking happiness.

It's all about self-care: Learning, no matter the subject, is a way to take time for yourself away from your job and daily responsibilities. It goes back to self-compassion, or treating ourselves with kindness, writes Kristin Neff, a professor in Human Development and Culture at the University of Texas, Austin. "We embrace what we share with others and feel more connected and whole in the process."

Taking time for yourself can be a freeing process. "We have students show up on the first day of class like giddy schoolchildren on the first day of school, with a brand new notebook and pen," Fluent City founder Sam Maher told Mic. "The 25-35-year-old crowd figured out really quickly that the bar gets tiring. Classes are awesome because you not only learn something new, but you also get out there and meet people and interact."

And that makes you a fuller, more interesting person when you do meet up with your friends later — probably at a bar.