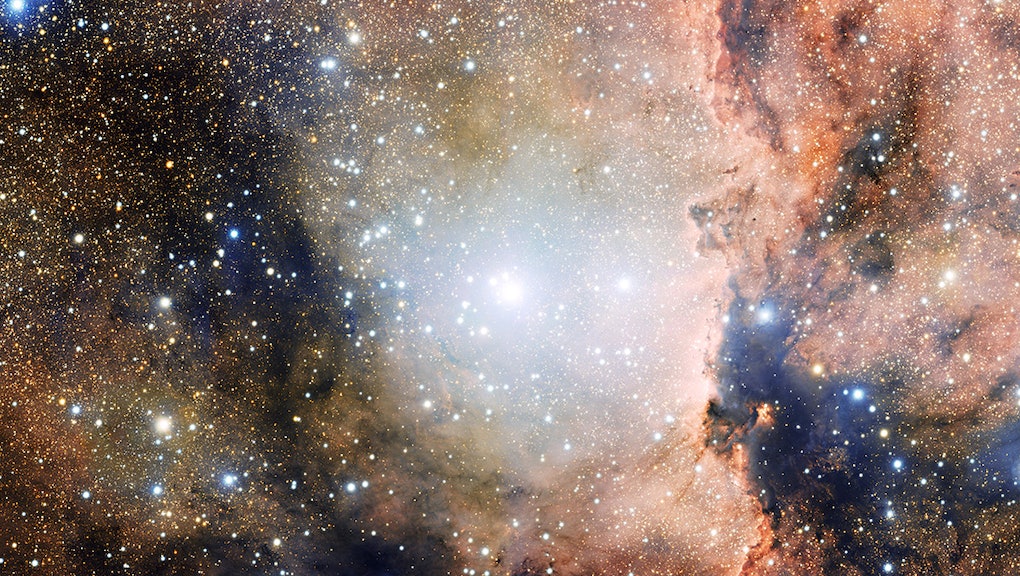 Does NASA use pictures like this when it submits its yearly budget proposal? Because it should.

The European Southern Observatory on Wednesday released this photo of the Ara constellation taken by the Very Large Telescope, which is capable of showing details 25 times finer than average telescopes, positioned at the Paranal Observatory high in the Chilean Andes mountains.

That bright center, resembling a hopeful eye staring through the universe, is an open star cluster called NGC 6193, and it's made of about 30 stars (here it is in relation to other constellations), each about 100,000 times brighter than our sun, according to the ESO release.

You can also view a zoomable version here and download larger-sized files here.

To get a shot like this, you can't just do a high-tech version of the point and click, especially when the subject is close to 4,000 light-years from the lens. It took 56 hours of exposure time, layering over 500 photos, to get this one perfect image.

The best part: We can expect more images like this before too long. The European Southern Observatory is building a 39-meter-mirrored unit called the European Extremely Large Telescope, with a primary mirror more than 31 meters larger than the one used to take this photo.

Seeing a photo like this, it's incredible to think about the sheer magnitude involved. This absolute beauty of a constellation is 24 quadrillion miles away. Mars, which we still can't even touch with our feet, is 140 million miles away. Each of those stars is 100,000 times brighter than our own sun, into which over a million Earths can fit. Last year, a NASA telescope found an object 13 billion light-years away. With this photo we are staring in the face of endless possibility, of horsehead nebulas and star-forming regions. With this, we can see the future. And it's totally incredible.