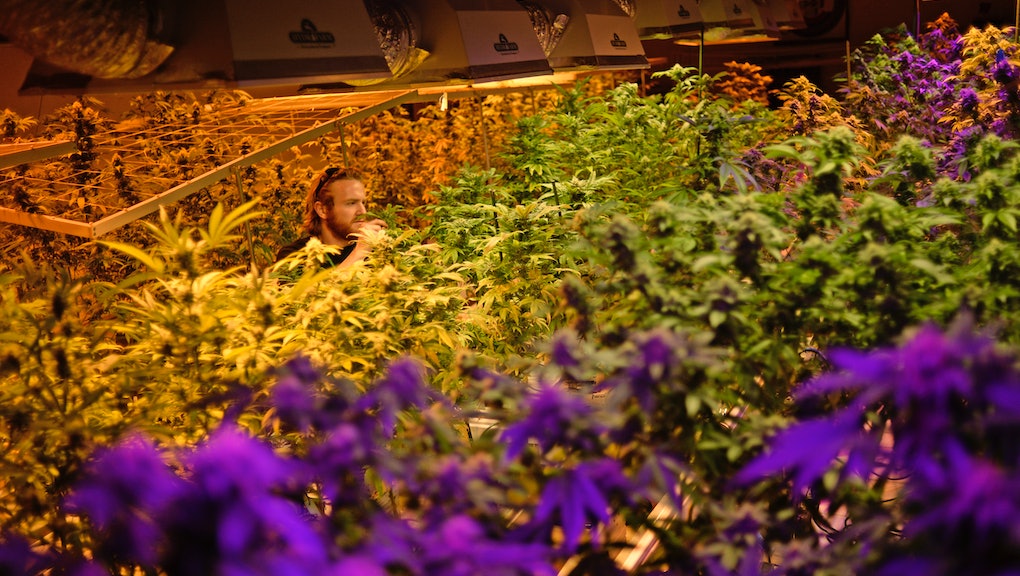 One Year Since Legalization, Colorado Is Literally Building Schools With Weed Money

Total sales of recreational weed in Colorado hit a record high in January. Buyers shelled out more than $36 million in 31 days, putting the state's excise tax haul at about $2.35 million, according to the Cannabist. The excise tax is levied on purchases by retailers from marijuana growers and stands at 15%. The windfall will be used to help fund Colorado's public school system, according to the law and officials quoted by the Cannabist.

As seen in the chart below, courtesy of the Cannabist, excise tax revenue drawn from recreational sales has increased more than tenfold since sales began in January 2014:

Those numbers should keep on climbing as more permits are granted. Colorado did not accept applications from would-be retailers unless they were attached to previously operating medical dispensaries until the end of June. Sellers moving from the medical to recreational market were also exempted from the excise tax in the first part of the year. The ratio of recreational to medical purchases is up more than 10% from last January.

Like the law to make recreational sales and use legal, the excise tax was also approved by voters. A year after the 2012 initial ballot initiative passed, legislators went back to the people for approval on a targeted levy on future purchases. It passed with 65% support, baking a significant new revenue stream into the statute — which can now be credited quite literally with helping to build schoolhouses across the Centennial State.