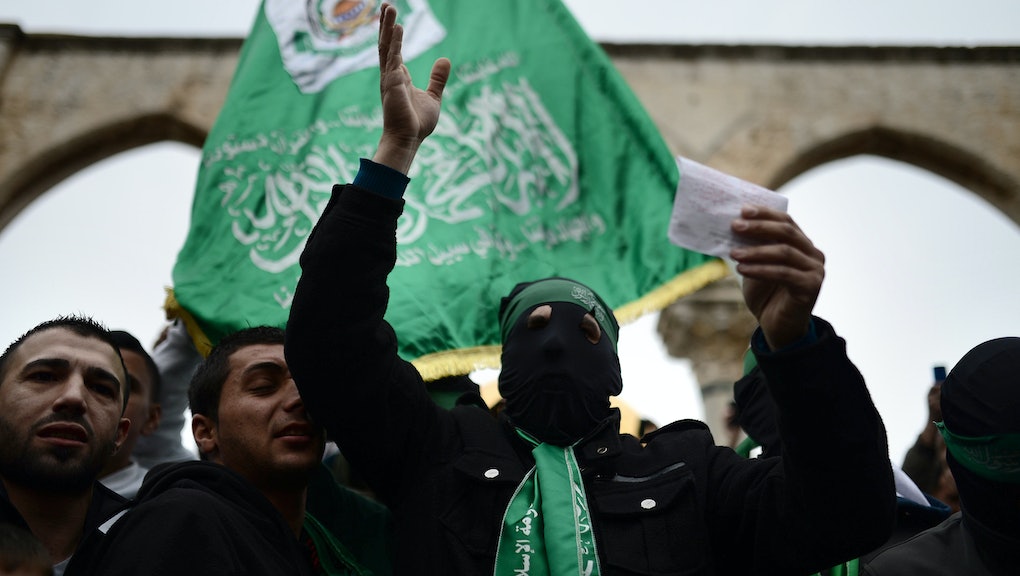 On Thursday, Palestinian Islamic organization Hamas announced #AskHamas, a five-day Twitter campaign, in hopes of convincing the Western world — or at least the United States, the United Kingdom, Australia and Canada, among others — that the declared terrorist organization's members aren't such bad guys.

Hamas media coordinator Taher al-Nounou said, according to World Bulletin, the campaign would be an effort to persuade Western nations to pull Hamas from their terrorist organizations lists.

But the campaign is off to a rocky start. #AskHamas was picked up by tweeters opposed to the organization in an effort to shine an occasionally tongue-in-cheek, totally inflammatory light on what Hamas has been up to lately. Since the announcement, #AskHamas has been used more than 25,000 times.

The tweets are the latest salvo in what has been called one of the world's "most intractable conflicts," broken down to 140 characters and muddled sentence structure. While Hamas supporters claim most of the trolling is coming from Zionists in Israel, it's clear Hamas' opposition stretches beyond that.

This isn't even the first big Twitter backlash in a year. In April 2014, the New York Police Department launched #myNYPD, asking people to tweet to send photos of themselves "posing proudly" with police officers. Somehow, it didn't expect posts like this one:

Social media campaigns can be a tough nut to crack. But in the case of Hamas, maybe the same strategy to drum up attention for a Bill Murray movie won't have the same outcome for a Palestinian terrorist organization.