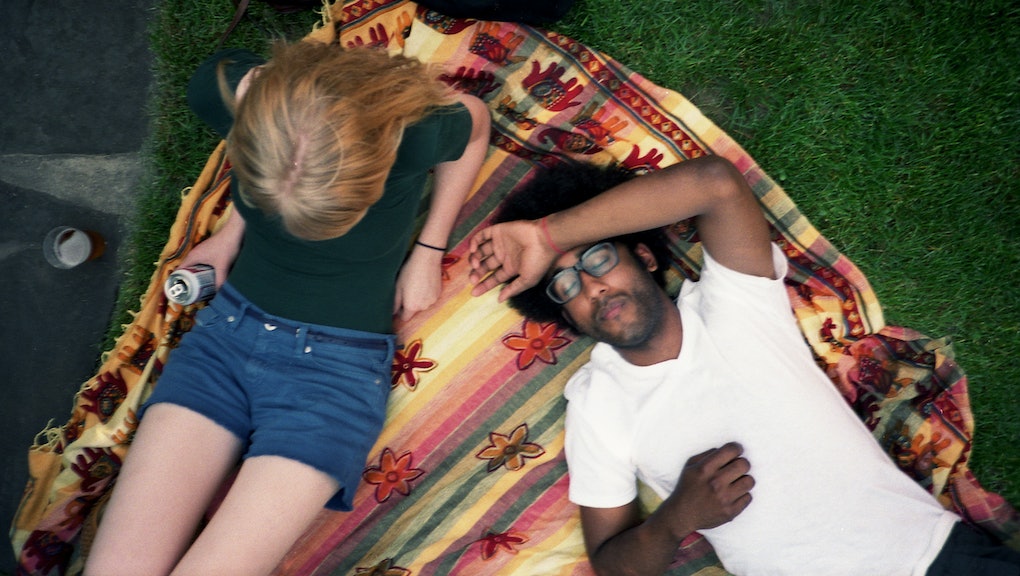 Here's What We're All Thinking About Sex, From the 20-Something Sex Educators Who Know

Millennials know sex. By age 17, almost half of us will have had sex. We're the generation with rising rates of birth control and condom use, supporting Cliteracy campaigns and "yes means yes" legislation.

But there's still so much we don't know. The prevalence of sex in pop culture doesn't make up for the lack of accurate, comprehensive sex education across all 50 states. And despite the big talk about "hookup culture," data shows that Americans only have sex about 30 times a year.

In lieu of formal education or even uncomfortable conversations with one another, we pour our every sexual worry into Google — or, worse, simply tune out our concerns, to the detriment of our sex lives.

Nobody knows this more than sex education professionals, who are out in the field, talking to college students and 20-somethings and hearing our most embarrassing, confusing and honest questions about sex. To find out what millennials are really thinking, Mic asked sex educators and researchers age 30 and under — our peers — what our generation is thinking about sex.

We really want to know how to make a woman orgasm.

"Compared to past generations, there's definitely more of a 'I want my orgasm too.' [Women] don't even just want it, they deserve it," sex educator Kait Scalisi told Mic.

That includes talking more about that hotly-contested bit of female anatomy, the G-spot. "For the past five years now, the G-spot and the butt are the two most common things people ask about. It's because they're shrouded in mystery. We're always hearing in the news, 'The G-spot exists, oh no it doesn't!' Ultimately, it comes down to: Does this even exist?" Scalisi said.

Interest in the G-spot may come from a heightened awareness of how women and men get off differently. Research indicates women orgasm during sexual activity 80% as much as men do, if that.

"The super common thing I'm asked about by women in my workshops is how to orgasm during intercourse," sex educator Kate McCombs told Mic. "I talk about how about 70% of women need clitoral stimulation in order to have an orgasm, so if your clit isn't being stimulated by the sex you're having, it's less likely to make an orgasm happen."

We're really curious about butt play, but we're still nervous about trying it.

We want to know if it's OK to send that booty text.

More than ever before, young people are interested in how they should incorporate technology into their sex lives. "I'm certainly getting more questions about texting than I used to, since it seems to have totally replaced the phone as the romantic communication medium," McCombs said.

"I'm often asked about how to communicate relatively complex emotional things in text message," she said. "Things like, 'Should I use emoji or not?' or, 'Will I seem like a slut if I ask for a booty call explicitly, or will it be clear because I'm texting him at 2:30 a.m.?'"

She added, "I also get age-of-the-Internet specific questions like, 'Should I Google my date, or is that creepy?'"

We're also not shying away from sex tech, and surveys find that we're the most sex toy-friendly generation ever. "You kind of see more of an early adopter situation with younger generations," Scalisi said. "They see a sex toy and are like 'Yes I want that now.' It's just one more thing their phones can do."

We want to know about open relationships, but we're not sure if we want them.

"I often get questions that start with 'So, I have a friend who wants to try...'" said Amy Moors, a University of Michigan sex researcher. "But, more seriously, I'm frequently asked about consensual non-monogamy — open relationships, polyamory, swinging. Although people strive to meet the ideals of lifelong monogamy, there is a problem: Few live up to the ideals."

Moors pointed out that millennials have the least rigid ideas of what their relationships can be, but all the breathless media coverage that portends we're a generation of total openness might be a bit off. "Terms like 'monogamish' and 'open relationship' are gaining popularity," Moors said. "But interestingly, when college-aged men were sexually unfaithful to their partners, their desire to be thought of as monogamous by their peers and society is very important. In other words, these men were engaging in non-consensual non-monogamy, but still wanted to be seen as monogamous."

We want to know how to actually ask for consent.

Despite many public conversations on the topic of consent, including the California Senate's passage of an affirmative consent bill in 2014, there's still confusion around how it works.

"If we're not encouraged to talk about sex, and then in the moment, all your hormones are going and you really want this person and they want you, of course it's going to be harder to think about and do," Scalisi said.

"People want to know how to bring 'yes means yes' into their sex lives in a way that feels more authentic and fun," she said. "People interpret it as 'Can I kiss you?' 'Okay, can I touch your boob?' They think it means you have to ask a series of questions, when there are so many other ways to express consent and ask for consent that feel better for other people."

We want to know how to speak up in bed.

More than 90% of millennials connect with their partners over text daily, but that doesn't mean we have sexual communication skills down. "With millennials, we'll talk about 50 Shades and we'll talk about sex toys, but when it comes to talk to people we're having sex with, it feels really hard and awkward," Scalisi said.

Scalisi said she agrees. "'Have you talked to your partner about this?'" she asks clients. "'No.' 'Okay, so, unfortunately you don't want to hear this, but that's the place you should start.'"

We want to know if we're normal.

As proven by our search histories, our biggest problem with sex may be ourselves. Or at least, that we question ourselves. Scalisi said she gets the same stream of self-conscious questions from most people: "Everyone just wants to know 'Am I normal?' Are my desires normal? Is that thing I want to try normal? Is it normal to want to stick something up my butt? Is it normal that I don't orgasm during vaginal intercourse? Is it normal that I came all over the place and stained my sheets?"

"People are asking for permission to be who they are as sexual beings ... With young people, we're seeing much more detailed version of 'Am I normal?' like, 'Is it okay that I get wet when...' which is really heartening, because we're thinking about these issues," she said. "A lot of times people have a story that they've been waiting for permission to tell. That need is ageless and generation-less."