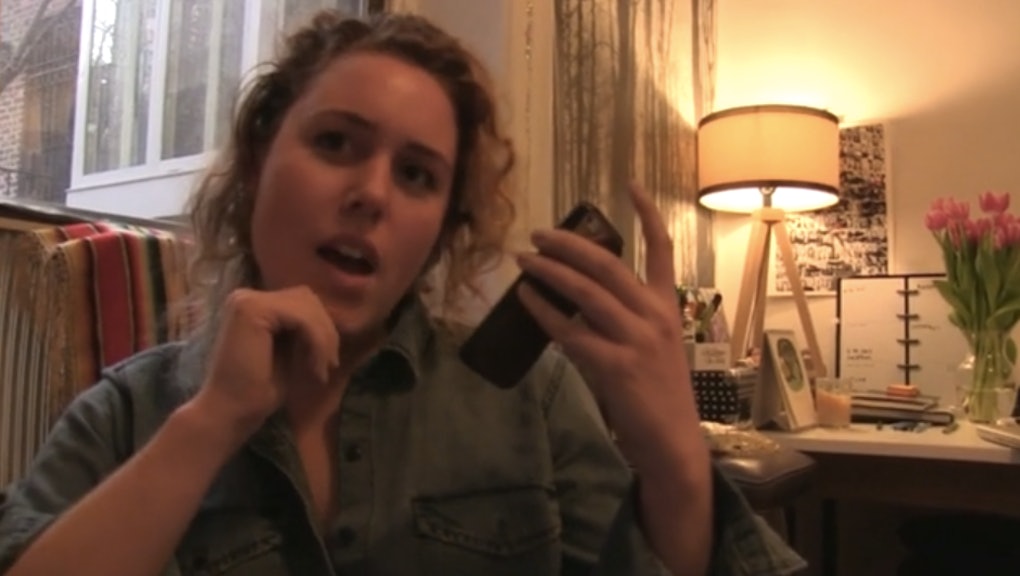 If there could be a classic image of love in the 21st century, I propose this: A flummoxed twenty-something is deep in conversation with a friend at a coffee shop. Why had her Tinder date from a few nights ago not texted, phoned, emailed or thrown a pebble up at her bedroom window after what seemed to be a promising first date? The image would be titled Ghosted.

As commonplace as it feels, ghosting, aka the contemporary phenomenon of vanishing from a dating situation without warning, doesn't have to be inevitable. Through an experiment I was able to take back control of my own dating life: by confronting the ones who ghosted me.

So I decided to see if I could break the cycle. Using a friend's phone to ensure they didn't block my calls (while she covertly filmed), I called some of the men to find out first why they ghosted me — and whether knowing their rationale would make me feel less hurt and confused.

The men speak: The first guy let me candidly explain my reason for calling, but then cut me off. "Wait, I'm on roaming now. Can I call you back?" I told him he didn't have to, though he was insistent. He promised that within the hour he'd get back to me, presumably using a calling card or some other call system from an era in which "roaming" was relevant. Confronted when he had tried so hard not to be, he didn't call me back, and I found myself re-ghosted.

The second ghost I called didn't pick up at first, but quickly called back. "Hello, this is Dave. I just got a missed call from you?" This time around, the guy had a valid excuse for evaporating into the digital ether — and an apology. As he explained himself, I could hear in his voice a realization of his own: It was easily an explanation he could have given me weeks ago.

Unexpected success: When you've been offended by someone, making them feel uncomfortable right back can be incredibly satisfying. Calling out your "ghost" is as vindicating as you'd imagine.

But beyond vindication, both calls had me wondering why I had been waiting for these dates to reach out to me. In my daily platonic life, I seek out the people I like. Shouldn't the same apply to romantic situations? By expecting my male suitors to pursue me, I put myself in a weakened position: I was reliant upon their assessment of me, rather than my evaluation of them.

Although an apology and some closure was nice, they're not the main things we need when someone slips out of our lives. The act of calling was in fact the reminder I needed: When it comes to our dating lives, we're in the driver's seat.