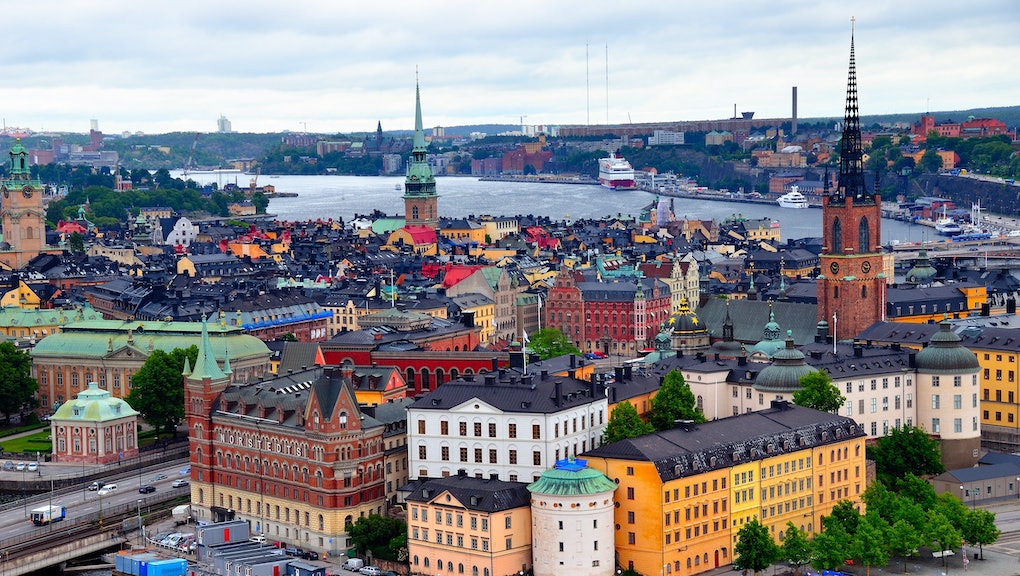 Is prostitution inherently exploitative? Or can it be improved to maximize freedom and equality for everyone involved?

Western countries have been grappling with this question for years. While it's widely understood that prostitution is dangerous for sex workers when it's unregulated, there's also widespread disagreement over whether the industry can be reformed to protect and empower workers, or if it should be abolished altogether.

In an attempt at reform, some countries in Europe have legalized the practice and sought to legitimize the profession. In 2001, Germany passed a law that mandated sex workers be treated like workers in any other industry, which allows them to sue for better wages and have full access to health insurance, pensions and other benefits. But today, abuse and sex trafficking remain serious problems in Germany. The flood of sex workers has driven down wages and decreased working standards. Brothels in the country are booming. In 2013, German magazine Der Spiegel deemed the well-intentioned law a troubling "subsidy program for pimps."

But some Nordic countries, led by Sweden, have sought out unconventional ways to eliminate the sex work industry. A few years before Germany legalized prostitution, Sweden created a paradigm in which selling sex is not considered a crime, but buying it is. This decriminalization model has produced some serious results in reducing trafficking and prostitution — but not without its fair share of controversy.

The Nordic model: In 1999, Sweden flipped the traditional onus of criminal liability away from sex workers: Paying for sex would be a crime, but being paid for sex would not.

In the decade and a half since the Swedish Sex Purchase Act took effect, prostitution and trafficking have declined dramatically. According to the Swedish Ministry of Justice, prostitution across the country has fully halved. The cost of purchasing sex in Sweden is estimated to be the highest in Europe. Sex workers are reportedly more organized than in Amsterdam, where prostitution is legal. Concerns that the law would lead to an increase in violence against sex workers were allayed by a government report in 2010 suggesting that there was no evidence of the phenomenon.

"The Nordic model is not simply a law, it is a comprehensive model," journalist Meghan Murphy, who has written extensively about international prostitution laws, wrote in an email to Mic. "[It's] the only one of its kind — it includes a strong welfare state, exiting services for women who wish to leave the industry, the retraining of police officers, so that they understand that prostituted women are victims, not criminals, and public education."

About a decade after Sweden saw its success with a decrease in prostitution and trafficking, Norway and Iceland adopted the Swedish model.

The rationale: Sweden's modern laws on prostitution are rooted in a particular feminist reading of its causes, namely that its existence is a product of gender inequality, and that by its very nature it violently commodifies women. The government shifted its legal rhetoric on prostitution to view it as a trade that invariably victimizes its participants, and thus has no business operating in a gender-equal society.

In Being and Being Bought: Prostitution, Surrogacy and the Split Self, Swedish journalist Kasja Ekis Ekman traced the origins of the the law in part to research conducted in Sweden in the 1970s that was guided by a new angle: speaking to sex workers themselves about their lives.

The research was groundbreaking in its ambition to move beyond taboo and focus on the actual social dynamics of prostitution. According to a 2014 report by Murphy in Herizons magazine (print only), "Rather than approaching prostitution as an issue of moral deviance, as had been done in the past, researchers, women's rights activists and social workers shifted the dialogue to focus on social inequality."

As dogmatic as its rationale sounds, the proponents of the Swedish model aren't arguing on abstract principles as much as the empirical reality that most sex workers don't want to be sex workers and, more often than not, come from vulnerable backgrounds. One study found that up to 89% of sex workers want to leave the industry but said they didn't have other options for survival, and that two-thirds fulfill criteria for post-traumatic stress "equal to that of treatment-seeking Vietnam veterans and victims of torture or rape," as Max Waltman, a PhD candidate at Stockholm University, has noted. Its proponents point to studies showing that despite noble intentions, legalization typically increases overall trafficking.

"The Nordic model is about more than just changing the law. It is also an idea — it is about changing the culture, and the culture is what needs to change as well as our legislative approach," Murphy told Mic. "What the Nordic model and its proponents are saying is that men are not entitled to access the bodies of women and girls, even if they pay."

The criticism: The Swedish experience is not universally celebrated, nor is it without many critics. An investigation by the Nation found that in in societies where sex workers are considered victims by the law, they face even greater stigma when they're caught. Despite the fact that Sweden's criminal justice system is designed to protect sex workers, relationships with police and landlords are often fraught, and issues like child custody have become a point of tension.

Pye Jakobsson, a Swedish sex worker and national coordinator of the Rose Alliance, an organization of sex and eroticism workers in Sweden, told Mic that its important to remember that the exploitation of workers is not unique to prostitution, and that like any other industry, work experience varies across the board.

"If stigmatizing an already marginalized group while having the attitude 'See, now your life is shit, I told you, now you have to quit' is progress in your book, this is the way to go," Jakobsson wrote in an email to Mic. "Here in Sweden they call it feminism; clearly not all women have the right to choose over their own bodies."

Jakobsson's campaign in favor of decriminalization over Sweden's current model is driven by a conviction that the law isn't as effective as people perceive it to be (sex work is just deeper underground), and also because it strips women of their agency and their rights to do with their body as they wish to.

Sweden's belief that prostitution is the most brutal expression of patriarchy has engendered a kind of paternalism about commodified sex that holds men responsible for their actions while assuming women can't be. It wipes out the possibility of gray areas for men and women to be equal partners in exchanging money for sex. Those sex workers who are able to voluntarily achieve a safe relationship with their clients are understandably frustrated by it. But if the ubiquity of trafficking and violence in the industry are any indication, it's not clear that such scenarios are easy to create and protect in the world as it exists today.