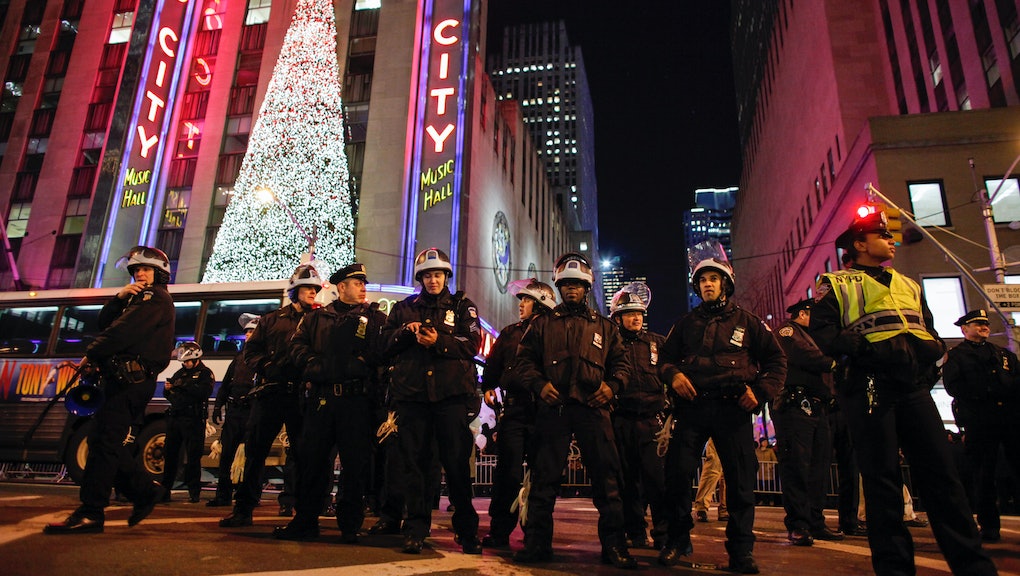 The NYPD Is Re-Writing Its Own History on Wikipedia. Here's Why You Should Be Worried

The New York Police Department has been altering Wikipedia entries about its own racist and corrupt behavior, according to a report by Capital New York.

The report states that IP addresses at 1 Police Plaza were used to redact pages about the deaths of Eric Garner, Sean Bell and Amadou Diallo, all unarmed black men killed by NYPD officers. The department also edited entries on other cases of NYPD misconduct and corruption, producing a distorted version of history that minimizes its misdeeds. It's a tactic used to rewrite history for a long time.

And just when you thought public trust in law enforcement couldn't get any lower.

At one point, Capital breaks down the changes NYPD users made to the entry titled "Death of Eric Garner," the 43-year-old who was choked to death by Officer Daniel Pantaleo on Staten Island in July. They are, in a word, telling:

- "Garner raised both his arms in the air" was changed to "Garner flailed his arms about as he spoke."

The report also states that in April 2007, a NYPD user tried to delete the entire Wikipedia entry about Sean Bell, an unarmed black man who was killed by NYPD officers in a hail of 50 bullets in 2006.

According to Capital, this is the note that user wrote on Wikipedia's internal "Articles for deletion" page:

"He [Bell] was in the news for about two months, and now no one except Al Sharpton cares anymore. The police shoot people every day, and times with a lot more than 50 bullets. This incident is more news than notable."

In total, IP addresses at 1 Police Plaza have made hundreds of anonymous Wikipedia edits. In the above cases and others, the NYPD is sending a very clear message: "We don't want to be remembered as we are."

Because who would? Through countless corruption scandals and widely documented racist practices — from "Stop and Frisk" to all-out sanctioned murder — the NYPD has gained a reputation as a brutal and hated police department. No amount of Wikipedia tapering will erase that.

But it can shift the narrative. Rewriting history is an old game: American schools and politicians have been doing it for centuries. As Wikipedia becomes an increasingly reputable source of information, its power to shape public memory makes it a uniquely useful revision tool. This is both good and bad.

The good comes when the site — which lets members of the public produce and edit informational articles on history, science, people and more — incorporates marginalized or alternative viewpoints, like those of people of color. The bad comes when users lie about facts: If nobody disputes these lies, they can be enshrined on Wikipedia as truth, and thus have the potential to influence how countless readers view historical events.

This is why we need to pay attention.

Altering Wikipedia pages is in no way illegal, though the site does discourage users from "making edits that might constitute a conflict of interest," Capital reports. The alterations made by 1 Police Plaza exposes the NYPD as part of the latter camp.

The meaning of this is unambiguous. It means privileging a view of history that frames black lives as threatening, valueless and existing in opposition to the protagonist work of the police. It promotes a logic that says Eric Garner deserved what he got, and that Sean Bell's life was not "notable." It reimagines crimes and relieves their blue-uniformed perpetrators of culpability.

It turns the NYPD into the "good guys" of history, and their victims into the "bad guys."

This logic thrives in many communities already. But that doesn't make it right or true. These are the people "protecting and serving" you, America, and they need to be held to a higher standard. We deserve an accurate version of history, not one that serves those who brutalize us.