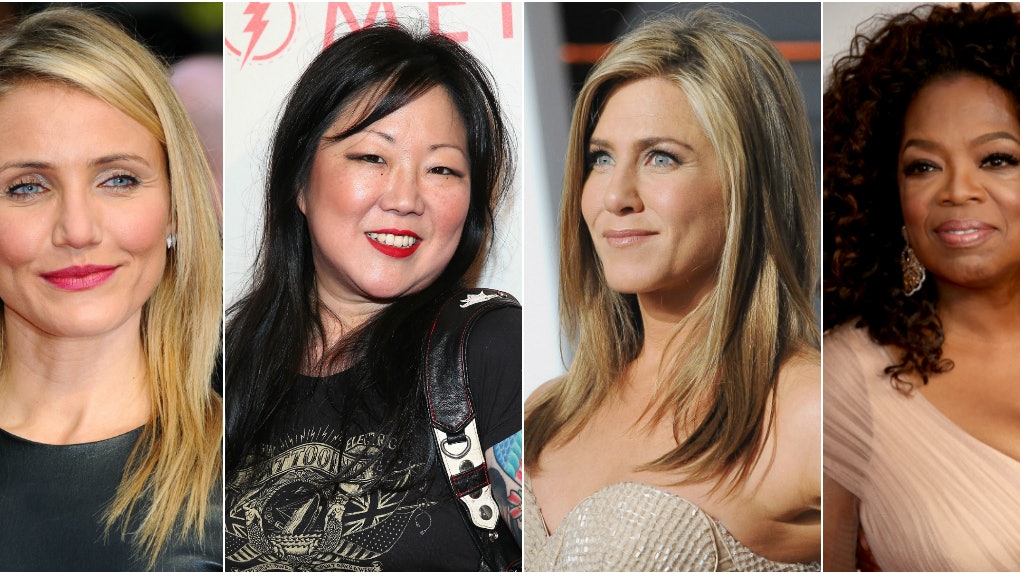 12 Women With Perfect Responses for Why They Don't Have Kids

In a classic Seinfeld episode, Elaine sits surrounded by friends with kids as they accost her with the now-infamous line: "You gotta have a baby!" We can only guess millions of women watched, nodding their heads and wondering: What do you say when society demands to know when you'll procreate, and why you haven't done so yet?

Even as more millennials choose to delay children or remain child-free altogether, the demand on women to have babies is still high. Media has doubled down on celebrity "baby bump" coverage, and young women report feeling real pressure thanks to society's strong link between femininity and motherhood.

Many women indeed long for children, while others are firmly against it and still more are undecided. But regardless of a woman's feelings on childbearing, the decision to have kids is hers alone, to be decided for her own reasons. And no woman should have to submit to society's relentless questioning on the matter.

Here are 12 women who had the perfect responses to the dreaded baby questions.

1.  Cameron Diaz: "I have an unbelievable life."

In a 2009 interview with Parade magazine, Diaz admitted what many child-free women already know: Children aren't necessarily the key to a fulfilling existence.

It's only natural, when surrounded by a sea of happy mothers, for the fear of regret to creep in. But actress and director Jennifer Westfeldt, longtime partner to Jon Hamm, told the New York Times in 2012 that she doesn't let the "what if's" change her decision.

3. Zooey Deschanel: "Nobody asks a guy that."

Deschanel, who is currently pregnant, reminded everyone that asking about a woman's child-free status doesn't become more acceptable if the woman actually wants kids. The actress told InStyle magazine in 2014 how annoying it was to be constantly questioned about babies before she had them — a practice, she noted, that's inherently rooted in sexism.

4. Marisa Tomei: "I don't know why women need to have children to be seen as complete human beings."

If a woman doesn't have kids, has she really fulfilled her true potential? Some people truly believe the answer is "no." But Marisa Tomei questioned that cliché in an interview with Manhattan magazine in 2009.

Handler, who's spoken openly about having an abortion at age 16, admitted on The Conversation With Amanda de Cadenet in 2013 that not only does she not believe she'd be a good mother, but that she doesn't have any desire to experience childhood again. It's a raw but honest confession that we don't often hear from women.

In a world where women often feel forced to choose between having children and having a career, Winfrey has always been open about her desire to prioritize her work. She told the Hollywood Reporter in 2013 that while her best friend, Gayle King, dreamed of motherhood, she dreamed of becoming Martin Luther King Jr. – and she realizes that children would have ended up taking second place in her life.

7. Ellen DeGeneres: "I wouldn't want to screw them up."

There's a reason why parenting is called the hardest job in the world, and DeGeneres and wife Portia de Rossi admit they don't actively want to take on the task. "You have to really want to have kids, and neither of us did," de Rossi said to Out in 2013. DeGeneres echoed her sentiments in an essay penned for People magazine in 2014, reminding readers that many child-free couples weigh the pros and cons of parenting just as much, if not more so, than many parents themselves.

While there's little research into why some women may not feel a biological drive to reproduce or lack a strong maternal instinct, there is certainly anecdotal evidence that such women aren't as rare as we might think. Firmly in that camp is Margaret Cho, who quipped in her 2003 film Revolution that she's more interested in adopting a 50-year-old "baby by choice" than having an actual child.

9. Sarah Silverman: "I want to have kids when there's nothing else I want more."

As Silverman's comments to the Daily Beast in 2010 remind us, there's no age limit on being a parent. Silverman has additional reasons for not wanting children right now (fear of passing on her depression being one of them), but her point about not rushing if you don't need to is a much-needed perspective.

Here's the truth: Kids can be exhausting. Kim Cattrall told the Advocate in 2008 what most parents already know (but likely don't want to think about too much).

Aniston has spent her career facing down a barrage of gossip about her personal life, from her divorce from Brad Pitt to (perhaps most frequently) her childless status. She's fired back again and again, including a 2014 interview with Allure magazine in which she reminded naysayers of a basic fact: The reasons why a woman doesn't have kids are no one's damn business.

12. Gloria Steinem: "Everybody does not have to live in the same way."

After a difficult childhood spent tending to her mentally ill mother, Steinem said she didn't want to spend any more time caring for others. And, as she told an audience in India, she hasn't regretted it "for a millisecond." In a conversation with Jennifer Aniston at the MAKERS Conference in 2014, she stated that the women's movement of the 1960s and '70s showed her that being married with kids is not the only way to live, a point she reiterated on Chelsea Lately in 2011 with an unforgettable quote.

This article was originally published on March 16, 2015