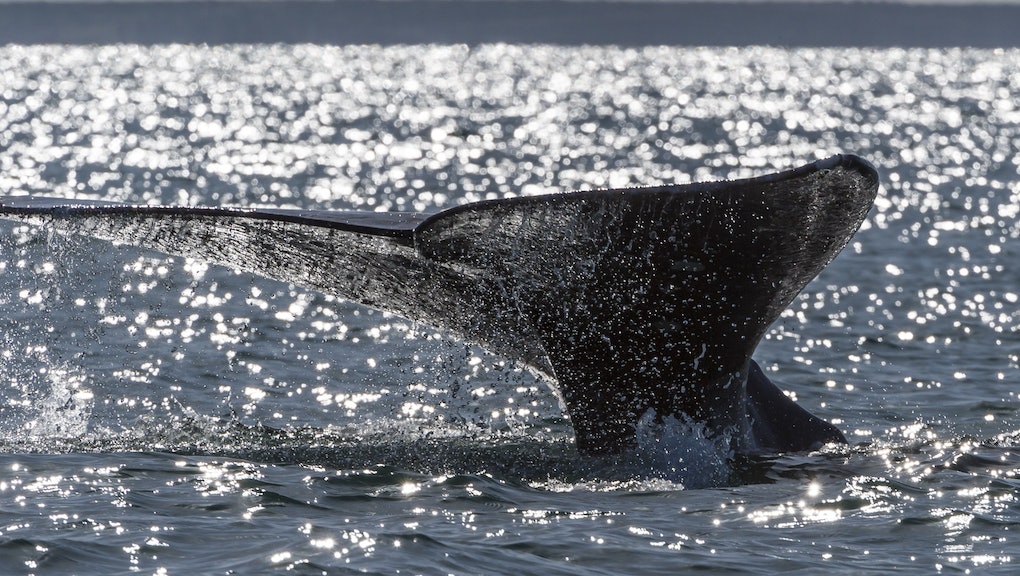 Marine biologists have long known that the commercial whaling industry of the 19th to 20th centuries was a holocaust of our planet's whales. But a recent study using updated numbers on whaling has exposed that humanity's toll on global whale populations into the 1900s was much worse than previously realized.

The stark conclusion? Whalers annihilated just short of 3 million whales over the course of the 20th century, or "the largest hunt in human history."

The research: Using updated International Whaling Commission numbers, corrected catch totals from the Soviet Union and other sources, scientists were able to come up with significantly higher totals for whale catch totals from 1900 to 1999.

"By the time the IWC voted in 1982 to implement a moratorium on whaling beginning in 1985, at least 2,870,291 whales (99.1% of the overall 20th-century total of 2,894,094) had been killed by industrial whaling methods," the team concluded. "As a result, many populations had been reduced to small fractions of their pristine abundance."

Whales were particularly vulnerable to over-hunting, because as large, long-living animals, they tend to have small population sizes and breed slowly. While populations of many species of whales are recovering, others continue to struggle. Even with modern conservation efforts, the number of whales in the ocean is far lower than it was before humans hunted them to near-extinction.

Researcher Robert C. Rocha Jr. told Mic that previous estimates had concluded that the total killed was somewhere over 2 million. He added that the study was partially the outcome of his work at the museum, in part to "make a comparison as to how much more efficient industrial whaling was than [historical] Yankee whaling."

"[With] Yankee whaling, whales had at least a chance to win," Rocha told Mic. "Industrial whaling was not a fair fight."

With such an unfair advantage, whaling numbers grew quickly, almost to the point of being impossible to track.

"The reason that [under-reporting] happened is because we knew that there were major falsifications of data, particularly from the Soviet Union ... and the reason that it's significant [is that] the total is significant," researcher Phillip Clapham told Mic. "It documents the scale, in terms of biomass, [of] what is the largest slaughter in human history."

A unique creature: Whales are extremely intelligent creatures, so much so that biologist Hal Whitehead believes they have their own equivalent of culture. Whitehead told the Guardian in 2011 that he was "studying a group of whales off the Galápagos Islands, looking at their social systems, and found two kinds of sperm whale who were behaving really quite differently ... [T]here was virtually no difference genetically ...  It became obvious that the only explanation was that these whales had different cultures. They were living in a multicultural society."

"The culture and brain of the whale is a vast mystery and something really hard to get at scientifically," Whitehead added. The mass destruction of whales is thus an ethical dilemma.

Whaling also did serious damage to the oceanic ecosystem, since whales play a key role in nutrient cycling and their carcasses are a source of nourishment for deep-sea organisms. University of Vermont in Burlington biologist Joe Roman told National Geographic that the absence of whales likely killed off some species of deep-sea organisms that hadn't even been studied yet. Roman also suspects that dwindling whale populations have hurt fisheries yields, since his studies indicate that "you have more fish in an ecosystem by having these large predators there."

What happens next? Whaling as an industry is dead, in large part thanks to its own excesses. As the researchers write, "whaling management in the 20th century was an interminable debate about the status of stocks until all doubt was removed. And so too were the whales."

While whale populations have begun to recover across the globe, they still need to be protected against human predation. Since the introduction of an international ban on whaling in 1982, all but three nations (Norway, Iceland and Japan) have ceased commercial whaling operations. Since then, Clapham told Mic, "the level of whaling currently is not particularly high," but cautions that "Japan and the other whaling nations would of course like to increase whaling in the future."

Unfortunately, Rocha doesn't think the updated totals will change anyone's minds, least of all those companies still involved in commercial whaling. But he does think that the study could give the public an idea of what the Earth lost as a result of the indiscriminate killing of the ocean's whales.

"I do hope that we get a better sense of how much life the ocean could support, how much it did support before this harvest," he said.

"You have animals like this that are so sentient, and I would say intelligent, even though it's a different type of intelligent than people use. I think we're better off sharing the planet with them than trying to remove them from the planet. There isn't a commercial need to do that anymore."