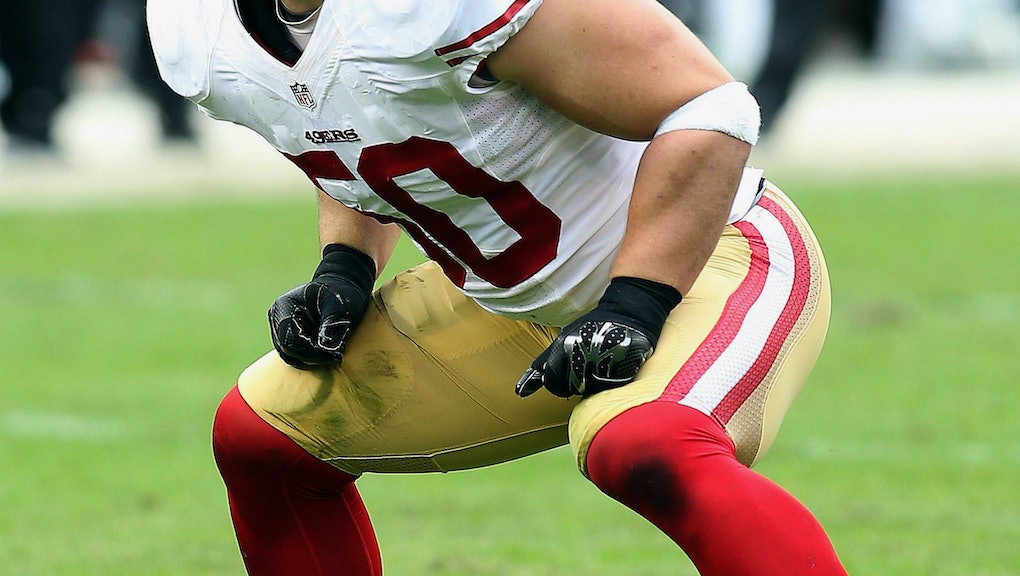 For some, a successful career in football just isn't worth the risk of traumatic brain injury.

Young and promising San Francisco 49ers linebacker Chris Borland announced his unexpected retirement Monday, telling ESPN's Outside the Lines that his decision was based upon his research into the link between playing professional football and developing severe neurological problems later in life.

"I just honestly want to do what's best for my health," Borland told the blog. "From what I've researched and what I've experienced, I don't think it's worth the risk."

The news comes as a shock to most of the sports world and 49ers fans who expected several more years of play from the 24-year-old third-round draft pick. However, for Borland, the potential risks down the road are just not worth playing now.

"I feel largely the same, as sharp as I've ever been. For me, it's wanting to be proactive," he said. "I'm concerned that if you wait 'til you have symptoms, it's too late. ... There are a lot of unknowns. I can't claim that X will happen. I just want to live a long, healthy life, and I don't want to have any neurological diseases or die younger than I would otherwise."

The background: Deadspin notes that Borland started in eight games last year and was expected to play a more important role on the team going forward, so this isn't an example of a subpar player choosing a way to save face. After just a year of play, Borland is more or less giving up a successful NFL career; Outside the Lines notes that he was expected to make approximately $540,000 this season.

There's little doubt that Borland is right. Every pro football player is gambling on their long-term health. In September 2014, the NFL admitted after years of denial that approximately 1 in 3 players will develop long-term cognitive problems such as Alzheimer's, ALS or chronic traumatic encephalopathy, doing so much earlier in their lives than the general population.

That month, the Boston University CTE Center found that brain tissue from 76 of the 79 former NFL players they examined post-mortem showed signs of CTE, a progressive medical condition in which a brain exposed to repeated trauma begins to generate abnormal proteins that cause further damage to nerve tissue. The condition was suggested to be behind Kansas City Chiefs linebacker Jovan Belcher's murder-suicide in 2014.

Approximately 4,500 former players with varying levels of neurological damage had already sued the league, claiming that the NFL had lied to them about the risks of concussions. They won a settlement of approximately $765 million in 2013. Recent news about the prevalence of CTE and other neurological damage has only bolstered criticisms of the league.

Why you should care: As Sports on Earth's Patrick Hruby writes, the scientific evidence supporting a link between repeated head trauma and increased odds of developing a neurological disorder is well-established.

But while the league has announced reforms and claims that improved rules and technology can help prevent players from developing neurological problems, those assurances apparently aren't enough to convince Borland.

And why would they? Medical standards in the NFL differ from those virtually everywhere else, according to a 2013 investigation by the Washington Post. Instead of being pulled off the field at the first sign of a concussion, many players still feel pushed to play through the pain. With such high rates of brain damage among former NFL players and the league's well-known history of lying about safety, Borland has good reason to be skeptical that his career in football wouldn't leave him with severe medical problems for the rest of his life.