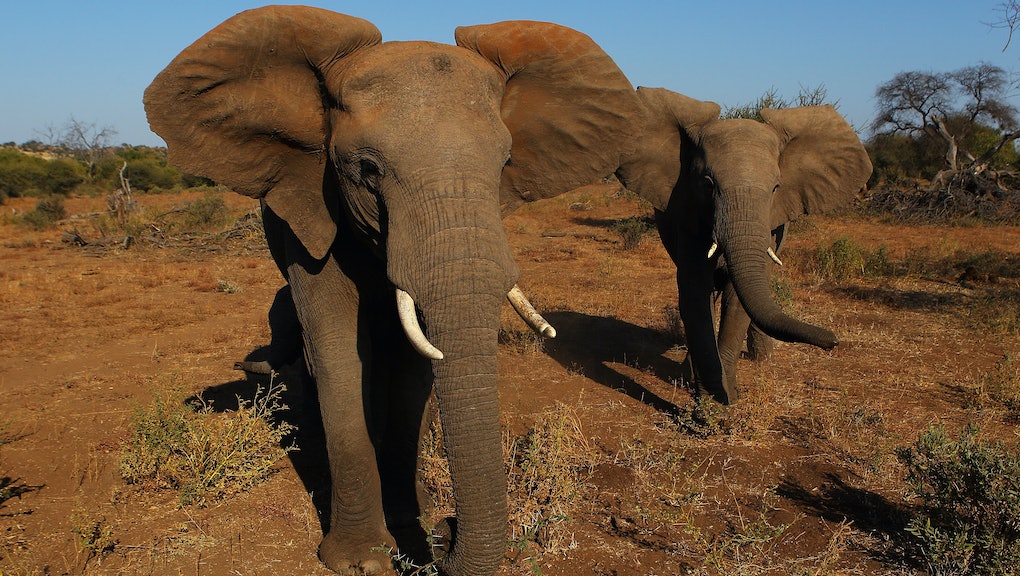 An unmanned aircraft that prowls the sky may soon save the lives of some of the most amazing animals on the planet.

The Lindbergh Foundation, a nonprofit aimed at balancing technological advancement and the natural environment, recently launched Air Shepherd, an initiative designed to halt the plague of elephant and rhino poaching in Africa.

Using unmanned aerial vehicles — commonly known as drones — equipped with infrared cameras and GPS systems, the Lindbergh team will track herds of elephants and rhinoceroses as they move across the land. Park rangers, who are tasked with protecting the massive creatures, can do so relatively easily during the day, but have more trouble at night, which is where Air Shepard comes in.

According to the foundation, while flying through a park in which up to 19 rhinos were previously killed every month, the drones helped completely stamp out rhino deaths in only six months.

"Almost all poaching of big animals happens between 6:30 p.m. and 8:30 p.m.," the Lindbergh Foundation wrote on the project's Indiegogo page, which is being used to raise funding. "Poachers gather intelligence about where the animals are located during the day and then, under the cover of dark, they quickly kill, cut off horns and tusks and rapidly leave the area."

Air Shepherd utilizes more than drones: A supercomputer stationed at the University of Maryland will produce predictive software, based on data like poaching times, environmental conditions and ranger availability, that the team will then use to select the best locations for drone patrols.

"We can see the animals and the poachers in the dark with our thermal imaging cameras," John Petersen, chairman of the Lindbergh Foundation, told TakePart. "And we already know where they're both going to be before they're there."

The scientists behind the supercomputer have experience with this sort of thing: They were also behind the technology that allowed the military to predict the location of roadside bombs in Iraq and Afghanistan.

They're not the first, but their efforts are still important. In early 2013, the World Wildlife Fund  announced plans to use drones in order to combat poachers in Namibia, citing both the severity of the problem and the lack of available resources.

Protecting the animals is "a very scary prospect for rangers," Allan Crawford, project leader for the wildlife fund's Google technology project, told the Guardian. "They could run into very heavily armed gangs of poachers, there's usually four or five of them, sometimes with dogs. There aren't enough resources to tackle this in South Africa at the moment. This is where the new technologies come in, to help them."

Some have argued that getting caught up in new technologies ignores issues like corruption within judicial systems, which can allow poachers to avoid punishment. While that may be a valid criticism, groups like the Lindbergh Foundation and the World Wildlife Fund are looking to innovative means to prevent poaching because things have gone from bad to worse over the past decade.

A recent study in the Proceedings of the National Academy of Sciences found that 100,000 African elephants were illegally killed in the past three years alone, according to National Geographic. In central Africa, the elephant population fell by 64% in just 10 years. Meanwhile, in South Africa, more than 1,200 rhinos were slaughtered by poachers in 2014 alone, according to the country's government.

"At current rates, elephants, rhinos and other iconic African wildlife may be gone within our lifetime," warns the African Wildlife Foundation.

Drones are used for many purposes — some horrifying, some amusing and some downright bizarre. As the Lindbergh Foundation's project shows, however, drones can also be used for good. At this point, drones may be worth a shot. The world's elephants and rhinos may be gone before we know it.