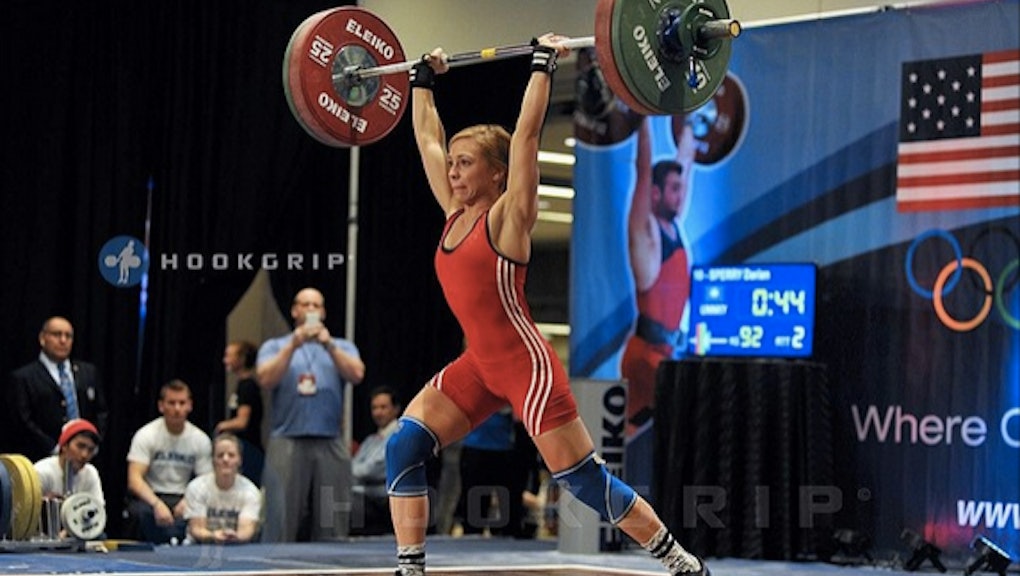 This Viral Gif Is Destroying Expectations About Women's Strength

When it comes to women and exercise, the focus is almost universally on weight — specifically, losing it. The conversation rarely encourages women to focus on building muscle. Indeed, as powerlifter Abi Willett told Mic in February, "I think we have a real cultural problem in that women are taught they must exercise in order to diminish their figures rather than to become strong and healthy."

But one need only to look to rising CrossFit star Darian Sperry for proof that the conversation might finally be changing.

A gif of the 5-foot-1 athlete reportedly lifting 180 pounds exploded across Tumblr recently, with the Internet's awe-struck reaction echoing the cheers of the male athletes behind her:

This clear support of her incredible displays of strength — much like the fascination with a recent viral video of female powerlifters at Oxford University and America's adoration of American Ninja Warrior star Kacy Catanzaro — suggests that perhaps our culture may be becoming more amenable an alternative understanding of women's bodies.

Women in strength-building communities have commented in the past on how recognizing their physical potential can be the key to overcoming insecurities. "Before I started lifting, I had struggled a lot with my body image," Willett told Mic. But after joining the lifting community, she started to see her body as "strong rather than ornamental."

Hopefully, Sperry, Willett and the countless other women making their mark in CrossFit and lifting communities will continue to buck gendered stereotypes about strength and inspire others to embrace their physical potential.