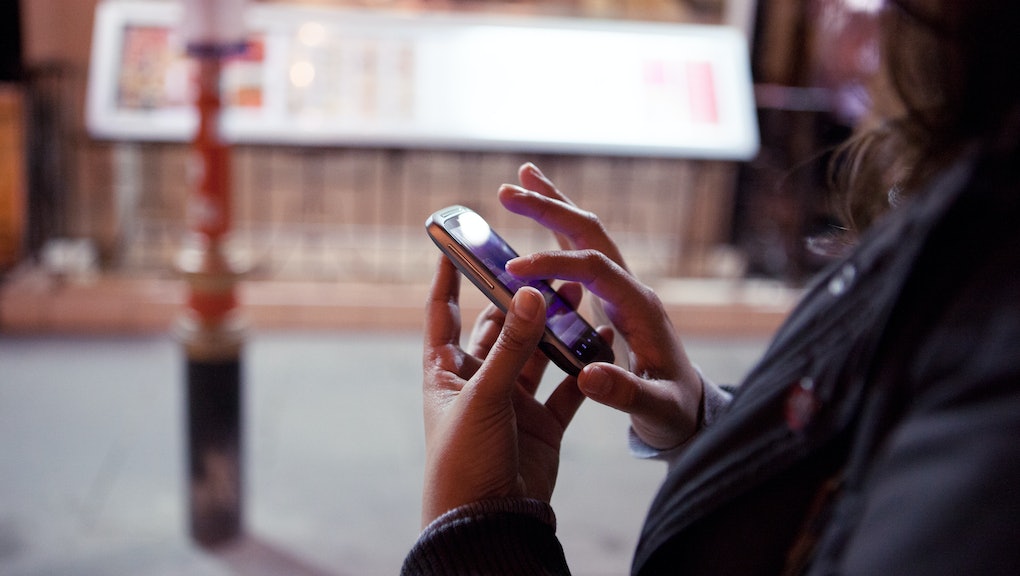 Do you have plans tonight?

Now, let me rephrase that, and let's be honest here: Do you have plans tonight that you'll actually keep?

If you answered anything other than "yes" to the second question, you are not alone. Your answer is one in a plague of "Sorry I'm late!" and "Gah, can't make it!" texts that are floating around in the air at this very moment, caught between "Can't make it. Hard week at work" emails and "Maybe" responses to Facebook events.

And that's because we are living in an era when it's never been easier to fall into the churn of overscheduling, tardiness and never making it there at all. We call it being busy. But we all know what we're really being is flaky.

The absurd cycle of flaking: "I am constantly being flaked on," Alex*, 24, told Mic. Most recently, Alex asked his friend a week in advance to hang at his apartment; on the planned day, the friend never showed nor responded to texts. Sure, there could have been some explanations for the friend's silence. But more likely, said Alex, is there was no good reason at all.

"I choose to interpret this as a reflection of life in your 20s in New York City and not a plebiscite on my personality, [although] it makes me feel rejected and lonely," Alex said. "But sometimes, if I wanted to flake too, it makes me feel relieved or even self-congratulatory, like I won a game of chicken."

Flaking — like that other modern phenomenon, ghosting — is clearly a two-way street. For every "Sorry, can't make it!" text we receive, we likely send two of our own. Giving ourselves permission to stay home with Netflix or take up a more appealing plan can be the most luxurious, freeing moment of our day.

Cassie, 27, told to Mic, "I join about 12 Facebook events a month for shows or birthdays and go to something like two of them. There's nothing like that rush of realizing you won't be caught in a corner with some stale conversationalist or stuck seeing a horrific band. I almost never regret just shooting a text and passing out."

Thus the twin feelings of rejection and relief have become a hallmark of modern friendship.

A thoroughly modern affliction: We wouldn't keep flaking it if it weren't so damn easy — nothing lets us so seamlessly shed our commitments quite like a text. The Internet hasn't helped, giving us the sense that there are endless social options to choose from on any given night. We average 338 friends on Facebook, giving us a false sense of endless variety and availability.

"Technology makes it so much easier to flake out," Andrea Bonior, clinical psychologist and author of The Friendship Fix, told Mic. "Since many times plans are made through technology, it somehow doesn't feel as wrong to just undo them via technology as well. It doesn't seem as concrete in the first place, as, say, a paper birthday invitation."

In fact, a survey conducted by the social network Badoo found that 43% of 18- to 24-year-olds have canceled plans through social media. "It's infinitely easier and less awkward than having to talk to someone by phone or, worse, tell them in person," Bonior said.

That ease has turned social planning — and flaking — into a last-minute activity. As to what's an appropriate timeframe for flaking? "Two or three hours beforehand," Kelly, 26 told Mic. "The time between two meals," said Isaac, 26. "Six hours," estimated Karen. "Fifteen minutes," said Nate. "Before they have to leave the house," guessed Alex.

The cult of being the "worst:" With every canceled plan comes an apology, excuse or platitude, ostensibly intended to pacify our friends but really meant to put ourselves at ease.

Often those excuses flaunt our stress, using what New York Times writer Tim Kreider called "the busy trap": leaning on our supposedly chock-full schedules in order to bend everyone else's to ours. Feeling overextended with important commitments alleviates our flaking guilt.

When the excuse of business doesn't seem to suffice, we turn to apologetic self-deprecation. Nowhere was this better demonstrated than in Kelly Stouts' "Let's Get Drinks," a satirical essay in the New Yorker:

"B: I am total garbage at scheduling and forgot we were supposed to meet up tonight. Could you do Mon? SO SORRY. I feel terrible.

The casual yet earnest apology, the self-deprecating "I'm the worst's," make us feel like we're absolving ourselves for our lateness sins. The problem is that it disconnects us from that other person's reactions and feelings, putting our own "issues" at the center of the conversation. In the worst case scenario, it can actually damage our friendships.

But actually, let's get serious: No matter how good the excuse, flakiness can signal that we no longer care to invest in our friends, which can legitimately impact our relationships. We have the "you're lucky if you see them" friend, or the friend who is so chronically "maybe" going to attend something that you leave them off the restaurant reservations — even if they're "so gonna be there! Wouldn't miss it for the world."

"A friend of mine was often so late, parties and events would be planned with at least a two-hour buffer specifically for him," Jordan told Mic. "It became a running joke, and in a way, we all stopped taking him seriously because it seemed like he could never bother to take our plans seriously."

Taking friendships seriously sounds like a given, but is hard to actually do. That's why flakiness seems more rampant between friends than it does with, say, boyfriends or girlfriends. "We are more concerned with impressing our romantic partners," Bonior said. "We have more expectations of our friends forgiving these types of transgressions."

We're all guilty: The fact is, we've all been "the worst." "Whatever negative feelings we have about being flaked on might make us justify doing it to others. 'Hey, she did this same thing to me, so I'm not about to go out of my way to keep this date with her,'" Bonior said. Even if we understand flaking totally sucks, we've created a sense of normalcy.

The one way to stop the flaking cycle that's become our social reality? By showing up to brunch on time, by arriving to a friend's house when we say we will and by making it a goal to stop sending "NBD" texts in lieu of real apologies.

And if that doesn't work, let's talk about it over a drink sometime. Just let me know when you're free.