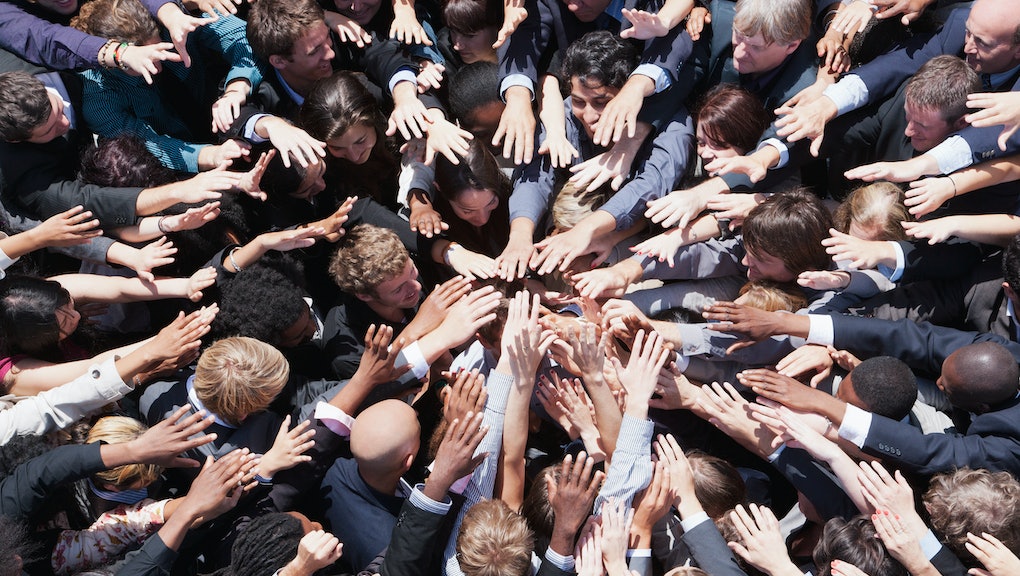 While the contemporary American climate may be fraught with racial tensions and intense discussions about inequalities for women and minorities, a new study published by the journal Social Forces has concluded that over the past 40 years America actually has become a more tolerant nation than ever before.

The one thing we're not tolerant of? Racists.

The study assesses America's collective tolerance of five controversial "outgroups," or minority groups, between 1972 and 2012: "homosexuals, Communists, anti-religious atheists, militarists, and racists." According to its findings, not only have Americans become more tolerant on the whole, but individual generations, especially Baby Boomers (born 1946–1964), have each shown increasing tolerance regarding multiple social issues, most predominately homosexuality.

Tolerance for racists remained the lowest of the five categories throughout the decades — that is, it seems the one thing Americans are not tolerant of is intolerance.

While younger generations may celebrate the study's findings, they must also recognize that tolerance is not equivalent to acceptance. In fact, if this study stresses anything, it's that we need to think more about empathy, and not mere tolerance, as the key toward societal progress.

Tolerance, defined: "We define tolerance as agreeing that controversial outgroups should be allowed public expression," researchers Jean Twenge, Nathan Carter and W. Keith Campbell explain in the study. "Tolerance is an important indicator of how societies treat people with views and lifestyles divergent from their average members."

The researchers discovered that tolerance has a strong positive correlation with education and "individualistic attitudes, including rejecting traditional social rules." The latter factor is particularly crucial for changing levels of tolerance over time; the sloughing off of conservative attitudes in favor of more liberal, accepting ones predicates a seismic change in societal tolerance.

But "tolerance" is not "empathy." Surprisingly, the rise of individualism in America (favoring the needs or desires of the individual over those of the group), which has led to the increase in educational attainment and thus growing tolerance, is also linked to lower levels of empathy. To tolerate someone's existence is not the same as understanding their physical or emotional existence in the world. The researchers cite the "extreme example" of Tyler Clementi, the freshman at Rutgers who committed suicide after feeling bullied at school:

"[A]t Rutgers University in 2010, a young man (Dharun Ravi) expressed tolerance of his roommate (Tyler Clementi) being gay, but displayed a lack of empathy by filming Clementi's sexual encounter with another man, leading to Clementi's suicide ... This is an extreme example, but it illustrates that tolerance and empathy can be distinct."

Arguably, it is this division between tolerance and empathy that has hindered additional progress on social issues, perhaps most notably race relations in America, which require more than just a scribbled hashtag campaign on your coffee cup.

Twenge, Carter and Campbell show that America has taken great strides in tolerance — now let's do even better in terms of empathy and acceptance to create real change.