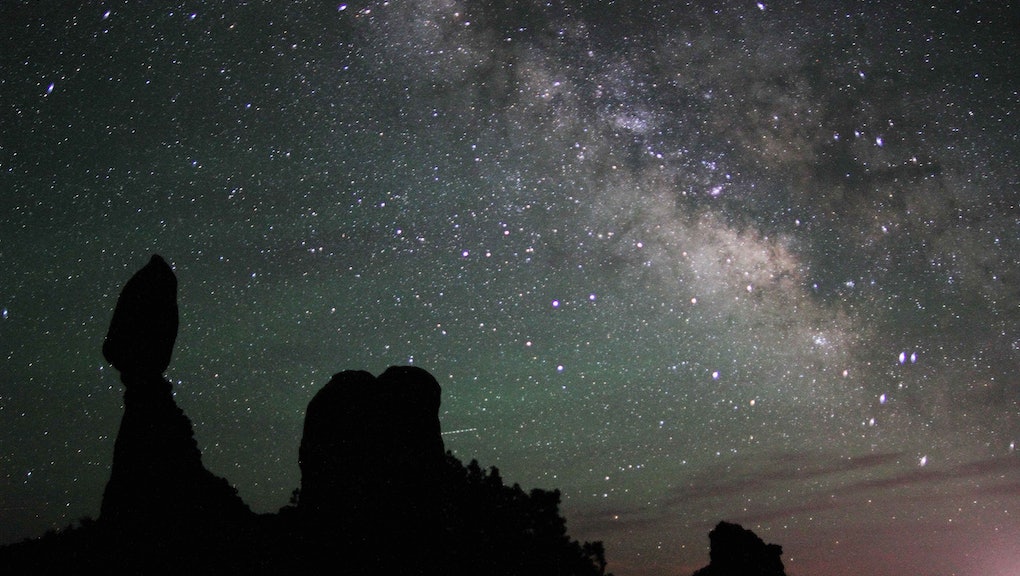 The odds that we're alone in the universe just got lower.

Scientists at the Neils Bohr Institute at Denmark's University of Copenhagen have used data gathered from NASA's Kepler telescope (which records information from 100,000 separate "dwarf" stars simultaneously) to conclude there are billions of planets in the Milky Way Galaxy that orbit stars in "habitable zones" and could therefore potentially host life.

Those habitable zones exist far enough away from their suns to avoid the scorching temperatures that would likely destroy any surface life, but close enough that liquid water could exist in quantities able to support organic life.

The science: Using data on fluctuations in stars' light from Kepler's 1,000 confirmed planets and 3,000 suspected others, the researchers analyzed the expected orbits of known stars to project the positions of others in their planetary systems.

"Many of the stars have planetary systems with two to six planets, but the stars could very well have more planets than those observable with the Kepler satellite, which is best suited for finding large planets that orbit relatively close to their stars," the team wrote in a statement.

The researchers were able to estimate how many planets exist in the habitable zones of other stars, on average, further out in the planetary systems. In total, they were able to determine around 228 planets existed in the 151 systems. Of those, they flagged 77 potential planets in 40 separate systems as priority targets for future Kepler research. Using these totals combined with existing Kepler data, the team concluded that each of the 151 planetary systems held an average of one to three planets in the habitable zone.

Applying this conclusion to the billions of stars in the Milky Way Galaxy, the scientists predict that billions of planets exist in such zones across our stellar neighborhood.

Why you should care: This particular study offers little concrete help in the search for life. Scientists still have no physical evidence indicating that life exists anywhere outside of Earth. Depending on what further stellar expeditions discover, the galaxy might turn out to be teeming with complex organisms, have just a few planets barely supporting microbial life or be entirely barren.

But the research being done on exoplanets has begun to confirm that at the very least, there could be billions of worlds with conditions much like those of early Earth, in just the right position to hold large amounts of liquid water while avoiding the harsh conditions that mark worlds like Venus. This lecture from astronomer Laird M. Close of Steward Observatory, for example, discusses the implications of billions of potentially Earth-like worlds across the galaxy:

Future telescopes could even resolve light from such planets, which enable scientists to analyze foreign atmospheres for indications of a biosphere, such as oxygen and methane. Meanwhile, NASA and other space agencies are preparing or theorizing missions to strong candidates for other life-bearing worlds in our own solar system, such as Mars, Saturn's moon Enceladus or Jupiter's moon Europa.

If life is indeed common throughout our neighborhood of the galaxy, then it's possible scientists could find strong evidence of it within decades. Given the sheer statistics of the questions, with the billions and billions of planets out there with potential life, the numbers look better all the time.