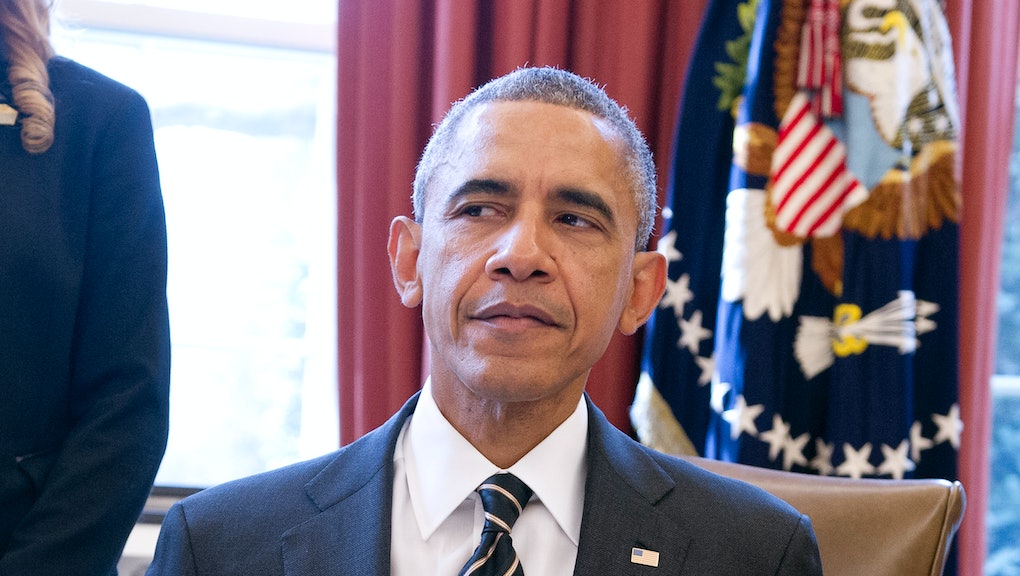 "I think they're playing the race card, in my view," Cheney said. "To say that we criticize, or that I criticize, Barack Obama or Eric Holder because of race, I just think it's obviously not true."

Cheney is right in at least one respect. Those in public office should be openly critiqued on their jobs — that's how democracy works. The fact that Obama and Holder are people of color doesn't mean they shouldn't be subject to the same amount of scrutiny any other president or attorney general faces.

However, as the first black men to serve as president and attorney general, respectively, both have had to deal with issues of race during their tenure, pointed either toward them (like when it was revealed that fellow Democrat Harry Reid made racist remarks about Obama during the 2008 presidential campaign), or involving others, such as addressing the police brutality toward African-Americans in places like Ferguson, Missouri, and New York. But whenever either of these men address these issues, or claim that they are being more closely scrutinized because of their race, they are inevitably labeled with using the race card.

Why this doesn't help anyone: Saying a person of color is using the "race card" negates their authority to then talk about issues of identity and race on their own terms. It also cheapens their voice when they talk about the sort of subtle racism that people of color tend to face that white people don't necessarily experience on a regular basis.

In July 2014, for example, Holder cited the conservative call for "taking the country back" as having a racially exclusive undertone. His view invited plenty of blowback for, of course, playing the race card. In response, conservative pundit Rush Limbaugh accused Holder of taking the role of the victim:

But Holder had a point: The desire to "take the country back" raises the question, "To where or when would we be taking the country?" We wouldn't have to go "back" far to land in a time period when most people of color, women, LGBTQ people and any other marginalized group had fewer rights and freedoms than they have now. It's hard to discern how such a sentiment doesn't have a racial bias to it, but because Holder is black, his point, though arguably correct, is overshadowed by accusations of "playing the race card."

The fallacy of colorblind critiquing of this president and attorney general rests in the fact that it only invites more conflict-ridden, terse conversations between white people and people of color when it comes to racism. Ultimately, accusing others of playing the so-called "race card" says it's not OK to talk about race when it makes others feel uncomfortable. Take, for example, this observation from Washington University in St. Louis associate professor Jeffrey Q. McCune Jr.:

The complaint I receive often, while teaching at a private, elite institution, where many students think they are highly liberal: "I am so tired of thinking, talking, writing about race." Some go so far as to say they're experiencing "race fatigue."

If you are a white scholar who teaches in an ethnic studies department or program, best be prepared for the greatest skepticism and resistance to come from whites who think the whole field is illegitimate and preaches hatred of white people and contempt for American traditions. A lot of whites in the U.S. now think they are the major victims of racism and that black people play the race card against them to gain unfair advantages.

And that's in academia, where progressive ideology presumably flourishes.

Where the deck is stacked: When people accuse others of playing the race card, one must ask who is actually playing it? Is it the people who call out racism, or those who feel uncomfortable facing racism, whether they're involved in it or not? In either case, saying someone else is playing the race card inherently stops the dialog on race, and that helps no one.