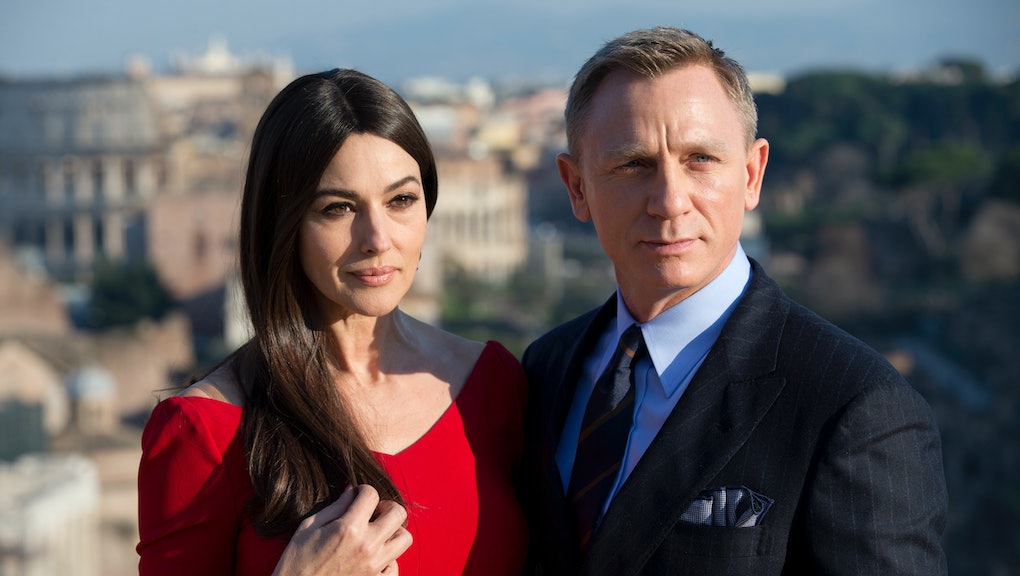 Two news items broke this month regarding the next James Bond film, Spectre. One was the teaser poster for the film:

The other was a potential bribery scandal that involves somewhere between $14 million to $20 million being given to producers by the Mexican government to portray the country in a more positive light.

"What on earth is this bribery scandal?" you may be asking yourself as headlines from the Los Angeles Times, the Guardian, Forbes and more rile up concern and hubbub over the upcoming film. That is a very good question. Let's sort out what exactly is going on, and whether or not it matters for the franchise. (Spoiler: It doesn't.)

Who is accusing the Spectre producers of accepting bribery? That'd be TaxAnalysts.com, which reported on March 3 that Sony and MGM were trying to keep expenses on the very expensive Spectre down by getting tax incentives from the Mexican government. The information they cite is allegedly from the Sony Leak of 2014, including a memo reportedly titled "Consideration for Cuts."

In the memo, it is alleged that Mexican officials requested the casting of a Mexican actress to play a female lead (Miss Bala's Stephanie Sigman was eventually cast), that the villain was not to be a Mexican character and that the opening sequence be set during a Dia de los Muertos celebration, among other things.

Are these accusations true?  Well, Michael G. Wilson, a producer on the film, flatly denied the charges by saying that though there were incentives, that's not unusual in any country. No casting changes were made at Mexico's behest, and the Dia de los Muertos scene was a creative choice.

More than that, there's the fact that no other outlet besides TaxAnalysts.com has confirmed this story. Outlets like the Telegraph and the Hollywood Reporter have published the report, but use distancing language to make clear they're not endorsing the allegations, e.g., "according to a report" and "the website Tax Analysts said." So there's actually only one outlet making these accusations, despite the leaked emails being available for months.

So they're definitely not true? Well, that's a stretch. One producer's denial is not an absolute final word, but the biggest issue seems to be that there's just not enough information.

Hypothetically, if this were true, would it be a scandal? Over at Forbes, Scott Mendelson argues no, that this is pretty much business as usual. He wrote:

If the producers of Spectre can get an additional $6 million, on top of the already-promised $14m in tax incentives for shooting in Mexico in the first place, for making a few cosmetic changes, then it would be financially irresponsible not to do so. This is absolutely no different than Michael Bay making the American military look good in order to get authentic props and vehicles for a Transformers sequel.

So while it may not look great to see "$20 million payoff" in a headline, this is arguably not anything out of the ordinary. In fact, Mendelson argues, looking too much into it is "a little naive or perhaps looking for scandal where none exists."

Will this affect Spectre's bottom line or release? It'd be surprising if it did. As mentioned, these leaked emails have been out for months. They quite literally almost caused an international incident after North Korea got themselves all worked up. TaxAnalysts.com's claim is an intriguing one, but does not seem to be outside the realm of what's appropriate or expected. And having a producer deny the claims quietly was the right call for Sony and MGM's PR.

Unless some huge new information is released, James Bond will ride again this November, unimpeded by bribery scandals or other allegations. Let 007 fans rejoice.