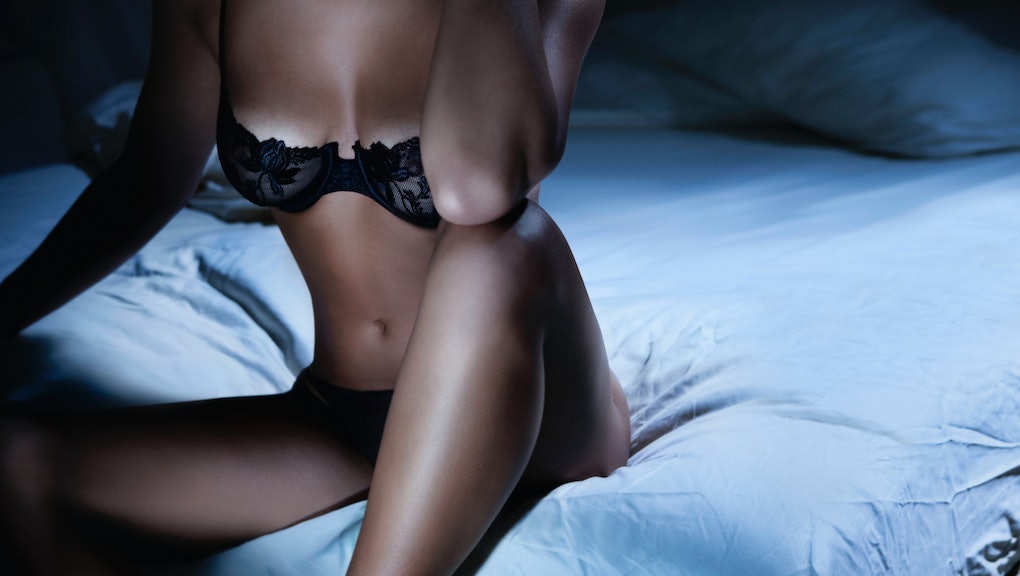 These Are the New Orgasm Statistics Every Woman Should See

Are you not having an orgasm every time you have sex? You're not alone.

Only 57% of women usually have orgasms when they have sex with a partner, according to new data from Cosmopolitan's Female Orgasm Survey. Now compare that to their partners, who are apparently orgasming 95% of the time, the women say. Notice how far apart those are?

This recent study, which surveyed more than 2,300 women ages 18 to 40, captures what a lot of women are realizing about their orgasms: There are still clear obstacles standing between women and the pleasure they deserve.

These stats are unsurprising when you realize how essential the clitoris is in helping a woman achieve orgasm. While percentages are hard to pin down, experts say most women need to have their clitoris stimulated in order to orgasm; and yet the clit remains a mysterious body part. In a 2005 study of 833 undergraduate students, women and men were just as likely to mislabel the clitoris on a diagram.

Having better knowledge of the parts can indeed help the mechanics. A 2014 study from the Journal of Sexual Medicine found that lesbian women orgasm about 75% of the time during sex with a consistent partner. Notice how high that is? The researchers concluded that homosexual women are more comfortable with their bodies and their partners', and thus able to achieve orgasm more easily, as reported by Mic's Erin Brodwin.

Physically, we can also help things along by relaxing: According to the Cosmo survey, 32% of women are getting caught up in their own head and getting focused on how they look in bed.

Getting the attention we deserve: While 78% of women believed their partners cared about their orgasm, 72% of women still experienced a time when their partner climaxed but made no attempt to help them finish. Ouch.

Leaving a woman high and dry might come from a lack of mechanical understanding, but the orgasm gap also reflects how our cultural views of men's versus women's pleasure. After all, it takes much longer on average for a woman to orgasm (up to 20 or even 40 minutes, some experts say), and yet the standard expectation is that sex ends when a man comes.

That's one reason why, according to Cosmo's survey, up to 67% of women have ever faked an orgasm. "It's partly social; our culture gives more value to behaviors that result in orgasm for men," Indiana University sex researcher Debby Herbenick told Slate.

It's important to remember the responsibility for —and entitlement to — pleasure isn't on one partner, but rather on both. "Chances are, people aren't communicating in bed about what works for them," Michelle Ruiz, senior editor at Cosmopolitan, told Mic.

It's in our hands: So how are women actually achieving orgasm, if they're not always coming from their partners? Often, it's on their own. The survey found that 39% of women reach most of their orgasms through use of a hand or sex toy.

With more and more toys and tools for women to achieve orgasm hitting the market, and more conversations opening up about where female pleasure actually comes from, there's never been a better time to work towards closing the orgasm gap. After all, if the statistics are right, it's in men's and women's hands.