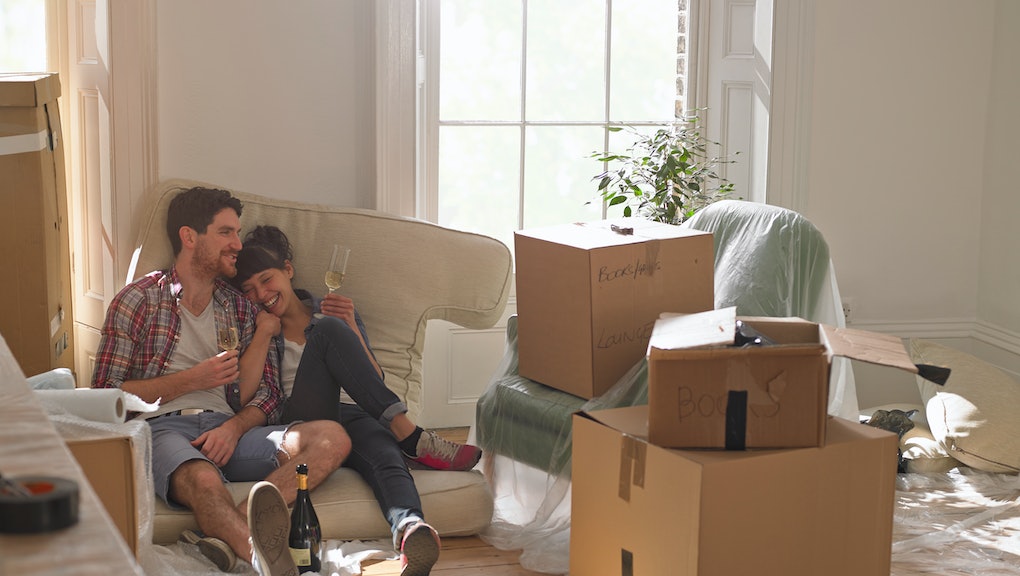 Even today, we're always looking for love. But that doesn't mean we need to head down the aisle once we find it. In fact, a new study this month shines a light on "a subset of cohabiters that are consciously committed to remaining unmarried."

So why are more and more perfectly happy couples avoiding tying the knot? They're thinking long and hard about the realities of wedlock and what marriage really means to them. Millennials are getting much more responsible about the decision to marry.

Getting honest about marriage: As more and more couples cohabit, a status that often leads to an eventual breakup or marriage, there's a rising trend to opt for neither. A new study recently published in the Journal of Family Issues looked at committed cohabiting couples who are consciously choosing to not get married, interviewing 45 heterosexual partners in the United States.

The most common reason for not getting hitched? Couples are actually questioning whether marriage is worth it, focusing on "meanings associated with marriage" and "concerns about what marriage does to the relationship," according to the study authors.

Everything from financial tolls, that legendary 50% divorce rate and politically based arguments are influencing the emerging trend of holding off on getting hitched. Instead of seeing marriage as inevitable, more couples are reluctantly and thoughtfully weighing the decision.

That reluctance has resulted in fewer marriages and a later first-marriage age. According to the Pew Research Center, "[j]ust 26% of millennials are married. When they were the age that millennials are now, 36% of Gen Xers, 48% of Baby Boomers and 65% of the members of the Silent Generation were married." The average age of first marriage is now at a record high — 27 for women and 29 for men.

Finding happy alternatives: While we delay marriage and weigh all our options, moving in together is a popular and healthy alternative. A 2013 survey from the National Health Statistic Reports found that by age 25, more than half of all women have cohabited with a partner, and those pre-marital living arrangements lasted a record-high 22 months.

"Cohabiting may be a potential way for couples to 'test-drive' the relationship during the emerging adult period," Jocelyn Wentland, a sex researcher and part-time professor at the University of Ottawa, told Mic. Wentland said that often the time between ages 18 to 25 is defined by a "focus on experimenting with lifestyle choices — exploration of education and vocational training, employment opportunities and relationship configurations."

Doing that exploration while married can be challenging or even detrimental to a relationship. But more importantly, the benefits of being coupled off — and there are so many wonderful benefits — don't necessarily require a marriage license. Instead, they come down to partnership.

"Marriage isn't supposed to be something where you rely on another person to fulfill your needs or your expectations," Zahava, 27, told Mic's Ellie Krupnick. "My marriage is making me happy not because I'm married per se, but because I love the person I'm with."