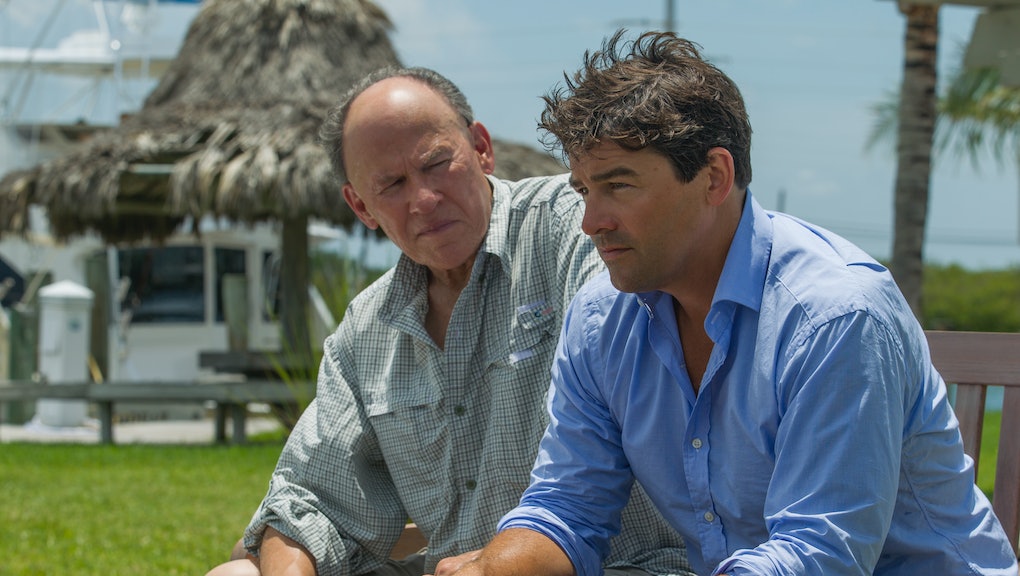 This Show Could Be Netflix's First Real Flop

To be a Damages fan is to have a selective memory. To love the FX (and later DirecTV) show that starred Glenn Close and Rose Byrne as shark and minnow in the world of law requires remembering the best scenes and forgetting the worst. For every electrifying cerebral duel between Patty Hewes and Ellen Page, there were underdeveloped side characters, nonsensical plot twists and jolts meant only to shock, not to actually affect the story.

To be a Damages fan is to forgive creators Todd and Glenn Kessler and Daniel Zelman for not quite knowing where their show was going from start to finish. If the structure of the producers' new series Bloodline is any indication, fans will have to forgive them once again.

It's a family affair: Bloodline tells the tale of the Florida Keys-based Rayburn family, consisting of matriarch, patriarch and four kids with their own distinct problems. It borrows much from the creators' previous triumph: a flash-forward episode structure, morally ambiguous characters with mysterious pasts and grave talk of the importance — or lack thereof — of family. (The show is called Bloodline, after all.)

Unlike the most successful Netflix series, Bloodline has a truly terrible premiere episode. It's structurally mushy, a slog to get through, and is altogether unappealing. The acting is good, but the script is a mess: The entire conflict of the first half is whether or not one of the brothers (Ben Mendelsohn) will get back home for a weekend reunion. Combine the bad first episode with Netflix's tightly packed schedule of original shows this spring, and it's easy to imagine busy binge-watchers turning off the first episode and not looking back, leaving Bloodline lost in the shuffle.

It's hard not to feel bad for the show's star. Kyle Chandler, playing good brother John, once again is doing good work in a series that won't propel him anywhere. From his earliest series, the kitschy but delightful Early Edition, Chandler's ease and charm has made him likable. That show, in which he played a man who got his newspaper a day early and worked to prevent the terrible events it predicted, was his longest-running gig at 90 episodes. It doesn't have a lot of cultural cache either — no one's clamoring for an Early Edition revival. (But they should! Take notes, Netflix.)

Friday Night Lights generated a ton of cultural cache, but the glowing reviews were paired with terrible ratings. Chandler won an Emmy for his performance as Coach Eric Taylor in the series' final season, which likely gave him the name recognition to get cast in movies like Super 8, Argo, Zero Dark Thirty and The Wolf of Wall Street. Unfortunately, he's not much more than a supporting player in any of those films — not the kind of roles to help him break out.

Now there's Bloodline, which, good as it may be later in the series, isn't going to join the ranks of Netflix's top series right now. Getting through the first episode is like wading through a swamp — highly comparable to the first episode of House of Cards' third season. The difference is that House of Cards has an established fanbase; the very first episode of the series featured Frank Underwood strangling a dog. Tasteful drama? Maybe not. But it's the kind of move that's going to hook an audience into watching the next episode. Grim proclamations of "We're not bad people, but we did a bad thing" are not going to cut it.

That brings us back to Damages. The biggest difference between Bloodline and Damages is that the latter series, like House of Cards, knows the value in shocking its audience awake. The premiere episode flashes forward to Ellen, bloodied and almost naked, running through the streets of New York. Later episodes would feature tense showdowns between Ellen and Patty. It was meditative and slow-paced, sure, but it knew how to keep its audience attuned and ready for the next episode.

Bloodline's attempt at that shock value is moody musings on how good or bad the Rayburn siblings are, or a mysterious flash-forward to Chandler's John saving Mendelsohn's Danny amid a storm. Chandler's voiceover grates with its bleariness; everything about the pilot is just too out of focus. Bloodline has strengths: the Keys setting, the strong cast. But if an audience can't be compelled to stick around for the meat course, what good are the garnishes adorning the plate?

Over at the A.V. Club, Joshua Alston argues in his Bloodline review that the "qualities that made Damages an awful fit for traditional cable made it an ideal match for Netflix's binge-watch culture," with a favorable comparison to Bloodline. He's right about the former: Damages does work best in one sitting, albeit if you're willing to exercise that selective memory about plotlines that go nowhere. But binging a series requires hooking the audience's attention. Bloodline flatlines from the word "go."