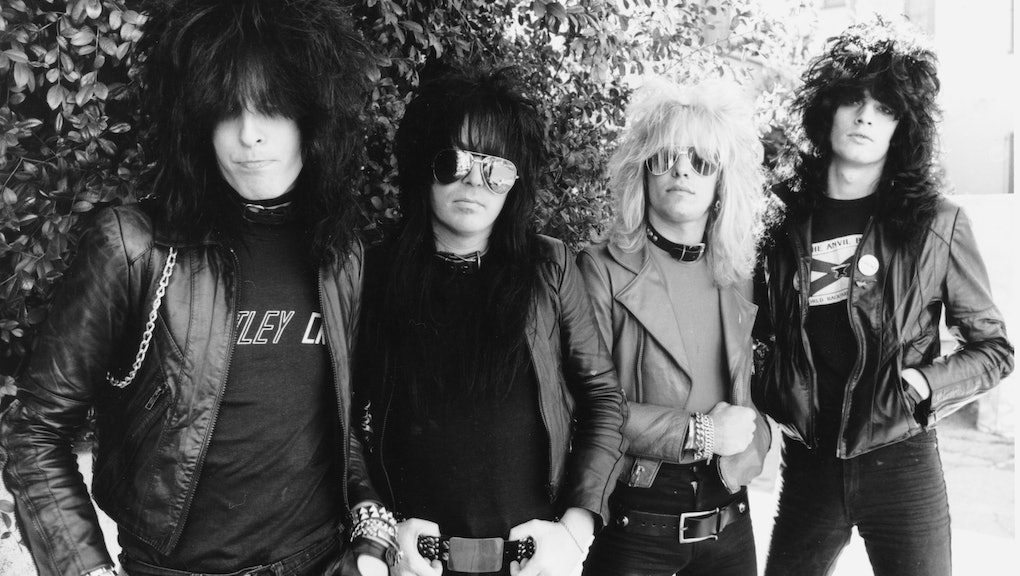 For years, young people have been breaking down the rigid standards of the traditional wedding in order to remake it in their own image.

"Though it seems like today's couples are trumping tradition they're really just reinventing it," bridal expert Alison Rowe told PR Newswire. "They're taking the good parts — commitment and partnership — and expressing them in new ways."

That means that, in addition to viral-ready proposals, drone ring bearers and personal wedding hashtags, modern newlyweds are choosing some very bizarre wedding songs. Take it from the following couples. Each one picked a seemingly bizarre wedding song, but they've also got touching personal reasons for the selections. They only go to show that the power of music is always a question of personal significance — that sharing a song with someone really does matter:

1. "Left My Heart in Republic City," from Avatar: The Legend of Korra

Jennifer and Alex had perhaps the most awesomely nerdy wedding imaginable. Both are members of a lightsaber guild, and many wedding guests came dressed as Star Wars characters. "He was in character; she was not. But in attendance was Boba Fett, Darth Vader, Chewbacca," wedding planner Jove Meyer told Mic. "It was one of the coolest weddings I ever did, complete with lightsaber after their first kiss and around the first dance. All the other songs at the wedding were Star Wars-themed, except for the song from Avatar."

But that song fit perfectly into the wedding's overarching theme. "It was a paean to 'East Meets West,' which was one of the overriding themes of our night in addition to Star Wars," Alex told Mic in an email. "Star Wars is itself an East meets West tale, combining science fiction, cowboys and samurai/Buddhist themes." Avatar: The Legend of Korra, a Nickelodeon creation with a Japanese anime-influenced animation style, is a natural extension of this aesthetic.

2. "Safety Dance" by Men Without Hats, from Bio-Dome

"Josh and I fell in love watching TV and movies together," Sarah told Mic via email. "We both worked third shift at different stores but for the same company. And for the first month or so of dating we would get done [with] work [and] head to his apartment and watch How I Met Your Mother DVDs until we got tired, then we would put on whatever movie was on TV to fall asleep with." Bio-Dome was one of their first.

The couple won't hold their wedding until August 2016, but they've already started their elaborate plans. So far, the day will include homemade lightsaber battles, cakes featuring bacon (one of their favorite foods), and a "handfasting" ceremony drawn from one of Sarah's favorite webcomics, Red String. "Even our wedding colors are nontraditional — bright red for his favorite color and royal purple for mine," Sarah said.

3. The Game of Thrones theme

At first, Kate did not expect her then-fiancé Bill to take her GoT suggestion seriously, but she offered it anyway. "He said it was a great idea, and I was surprised because he was so hard to get to agree to things for the wedding," Kate told Mic via Reddit.

It's a bold choice, as no one in the Game of Thrones universe seems capable of tying the knot without some extreme trauma. And though both of them had been "devastated" by the infamous Red Wedding episode, they decided to go forward with the song anyway because "weddings have always been happy occasions," as Kate wrote. Tell that to George R. R. Martin.

Emily and Sean tied the knot on May 17th, 2014, which also happens to be Armed Forces day. It's an important day for the couple, as they are both Army veterans, and they planned a traditional wedding — for the most part. "I didn't tell my dad what song we would be walking down the aisle to until it started," Emily told Mic via Reddit. Fortunately, he was into Queen's blaring guitars, and they "both had a good laugh about it."

For their first dance, Emily and Sean kept the classic rock theme going with Journey's "Faithfully." It was a safe choice, but it proves even the slightest variations on the classic wedding formula can turn a straightforward ceremony into a really magical memory.

5. "Life's A Happy Song," from The Muppet Movie

"Life's a Happy Song" was the perfect choice for Maddie's friend's wedding. Maddie noted on Reddit that the lyrics are perfect wedding fare: "Life's a happy song, when there's someone by your side to sing along."

For her own wedding, though, Maddie is looking for something a little more classic — the theme to the original Muppet Show, which first aired in 1976.

"There's something about the plodding baritone saxophone at the beginning and the lyrics 'It's time to put on makeup! It's time to dress up right!' that just puts a smile to our faces," Maddie told Mic via Reddit, "I'll admit that it doesn't have the exact same ring to it, but... " We'll take it.

6. "To Zanarkand," from Final Fantasy X

"Final Fantasy X is one of my all-time favorite games," Liz told Mic. "The music was absolutely elegant and so beautifully done and was my favorite part of the game itself."

When she met her fiancé, Tom, she learned he played the piano. "After a few dates I went to hang out at his house. He had just gotten his piano moved in, and he started to play 'To Zanarkand,'" she said. "We connected over a love of the song itself and the game."

The song followed them throughout the early stages of their relationship. A few months later, they went to went together see Nobuo Uematsu, the song's composer, in concert. And now it will follow Liz down the aisle when the couple gets married this coming September.

Jon and Talia picked their wedding song at the last minute. Days before the ceremony, Talia talked to her sister-in-law, who told her she originally wanted Hendrix's "Foxey Lady" for her own wedding, though her mother didn't approve.

"Being a Wayne's World fan, I decided to steal her idea!" Talia told Mic via Reddit, "Everyone got a huge kick out of it. I'm so happy with the choice of song!" At least one woman in that family got to have her way.

Bethany and Kyle have been best friends since Bethany was 12; they started dating when she was 17.

"He dedicated that song to me when I was only 13 because we connected in a way that he never felt before, and he wanted me to know," Bethany wrote to Mic. "The moment that I walked down the aisle to that song, his eyes greeted me in tears because it was like our whole relationship, from friendship through the tough times of high school to romance through life's losses, victories and struggles, was flashing before our eyes the closer I got to meeting him at the other end of the aisle."

Their wedding was built on such memories. The holidays were always a nostalgic time for the two of them, and so they chose a Christmas wedding. Their first dance as a married couple was to "A Christmas Song" by Nat King Cole.

"When we first we're dating, we were at a mall in November when the song came on and Kyle asked me to dance with him to it right in the store. It's a memory I cherish." Bethany told Mic via Reddit.

9. "Kickstart My Heart" by Mötley Crüe

"Paul and I are both all about fun. We try not to take anything too seriously," Ashley told Mic via email. "So, when we picked the songs for our wedding, we tried for a mix of songs that were special to us and songs that were fun."

They decided on Mötley Crüe's "Kickstart My Heart" because, as Ashley wrote, "it's a kick butt song!" In true hair metal fashion, their wedding party handed them shots and high-fived them as they busted in. "After all this, we then transitioned into our song: 'Your Song' by Elton John. Was it a weird transition? Yes. But who cares! It was our wedding, we loved it, and I wouldn't do it any other way."