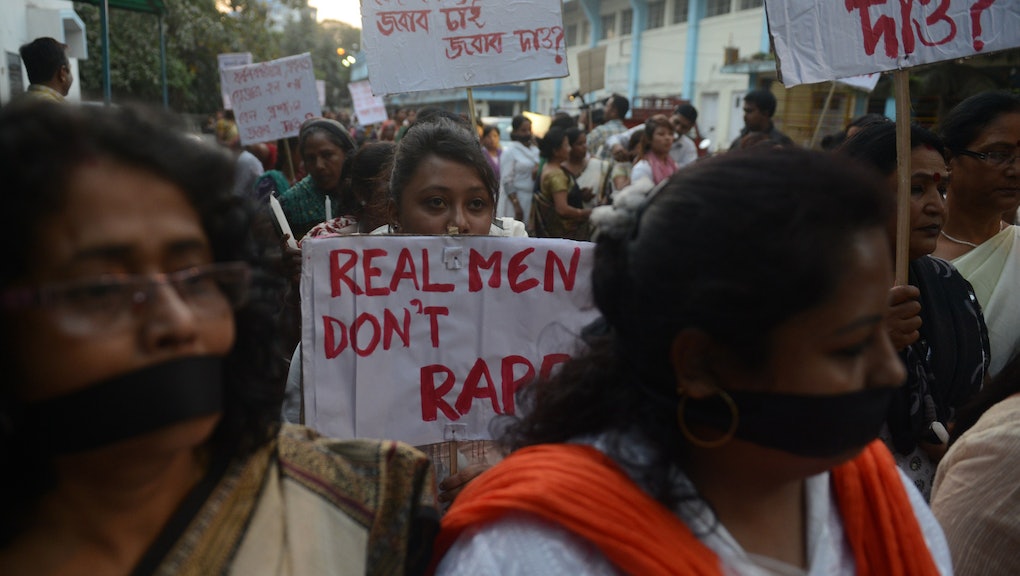 Society's ideas about how women should behave during or after a sexual assault often result in shaming victims into silence. But one brave Indian student ignored these cultural standards in order to bring her attacker to justice — by single-handedly hauling him to the police.

Pradnya Mandhare, a 20-year-old student at Sathaye College, told the Telegraph that a "visibly drunk person came to [her] and touched [her] inappropriately" while she was commuting home in broad daylight. Mandhare defended herself against the man's attack by pummeling him with her bag, and eventually caught the intoxicated man by his hair.

"He kept telling me not to drag him along and that he would come with me on his own," Mandhare told the Telegraph. But she refused to release him and "finally managed to hand him over to the police."

"I also asked the police officers to teach the accused a lesson so that he would not dare to molest a woman ever again," Mandhare added.

While Mandhare acknowledged that her choice to involve the police is a step survivors often avoid because filing can be a difficult process and the police themselves can be "uncooperative," she ultimately believes that "every woman should fight back in such cases and they should not keep quiet," according to the Telegraph.

More than victims: Mandhare's experience adds to a wave of stories that buck cultural understandings of victims of assault — especially non-Western, female victims — as inherently disempowered. In December, for example, Bollywood actress Gauhar Khan defended herself against a man who verbally and physically attacked her based on her "short dress." A New Delhi police force also recently implemented a karate-trained squad of policewomen, dubbed India's "Charlie's Angels," to counter public acts of violence against women.

All of these women are proving that they are not willing to accept the egregious rates of violence committed against them, and are inspiring countless others by openly discussing their acts of heroism.

"No one came forward to help": Despite the increased visibility of these narratives, one disturbing detail about Mandhare's experience highlights the fact that improving the process for reporting attacks remains a global problem.

"No one came forward to help," Mandhare told the Telegraph. "People stopped to stare, but no one bothered to even ask what was going on."

Bystander intervention — in which individuals intervene in potentially dangerous situations — is often cited as a crucial element in eradicating assault. Yet Mandhare's case is hardly the first incident in which others failed to help.

In an ideal world, onlookers would have come to Mandhare's aid before her attacker caused her any harm, and she would not have needed to bring him to justice by herself. But until we live in a world that not only recognizes that victims are not responsible for attacks made against them, but also commits to acting on that belief, Mandhare's bravery should be commended.

As she told the Telegraph, "Women should raise their voice and teach such people a lesson. Women are not objects for anyone to touch at will."