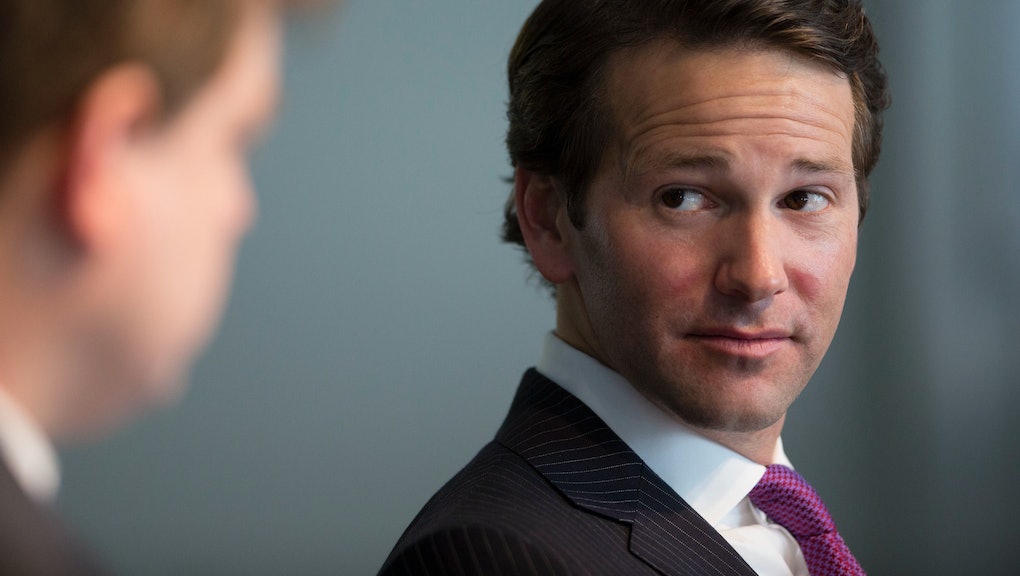 Aaron Schock Does Not Represent the Future Leaders of Congress

The "Pass the Mic" series showcases unique voices, perspectives and ideas. This op-ed was written by David Burstein, cofounder and CEO of Run for America, a citizen-powered movement to recruit, train, and elect a new generation of visionary and talented leaders to Congress.

Illinois Congressman Aaron Schock's meteoric rise and fall offer many lessons. But one of those lessons is not, as the Washington Post's Chris Cillizza asserts, that "there will only be more 'Aaron Schocks' as the millennials age and begin to see politics ... as a reasonable and even attractive career option." That's because Schock does not represent his generation — my generation. Far from foreshadowing the impact millennials can have in Congress, Schock has only proved that it's possible to be a younger, hipper version of today's flawed and self-serving politicians.

His political career began at age 19, when he ran for school board in Illinois. Now he's resigning his seat on March 31 after mounting accusations of ethics violations. As a result of being on a fast and upward political track from such a young age, Schock has exhibited the same tendencies of other congressional careerists: a willingness to punt on the tough issues, an aversion to taking risks and an inability to think creatively about solving our biggest national challenges. In the political realm, he mastered the game as one of the most prolific fundraisers in his party. He knew what it took to climb the ranks (namely, raising lots of cash) and deftly followed suit.

That's not to say Schock didn't pay a load of lip service to being a different kind of next-generation political leader. In a BuzzFeed article, Schock said younger members "are less bogged down with process and more focused on the finished product." He regularly gave such interviews to a range of outlets, from Men's Health to MSNBC. And he spoke at no shortage of conferences: There he was at South by Southwest, there he was at the Global Citizen Festival, showing up everywhere to tell the world he got it. He was the "future" — or so his brand suggested. Schock even co-chaired the Congressional Future Caucus. Whenever he had a chance, he reminded us: I am a new kind of millennial leader and not one of those "old crusty white guys."

As a celebrity, Schock was impressive. He enjoyed adventuring on beaches and glaciers. He was (as we now know) no stranger to Ariana Grande and Katy Perry concerts. His well-decorated office, which, ironically, sowed his demise, was unique and flashy. His prolific social media presence earned him more than 28,000 Twitter followers and another 18,000 on Instagram.

As a leader, Schock diverged significantly from millennial values. Millennials want a government that gets things done, and they value solutions-oriented action. Schock never sponsored a single bill that became law in his six years in Congress. Millennials have led the way on supporting marriage equality. Schock could not even articulate his opposition to it, other than saying, "Um, well, I just haven't." Millennials have the most to lose if Congress takes no action on long-term issues like the national debt. As a member of the Social Security Subcommittee, Schock failed to lead and missed opportunities to use his media profile to push for reform. Millennials want to see greater cooperation between both parties. Schock chose to vote with his party 93% of the time and even assumed a leadership position to "whip" the rest of his caucus in line.

Aaron Schock was not about the millennial generation. In many ways, he represented the antithesis of the common sense, future-focused and independent-minded ethos that exists within this generation. Aaron Schock was simply about Aaron Schock, and touting his role as "the millennial" in Congress served those ends. It helped him achieve what he, apparently, was truly after: celebrity. Sadly for Schock, that celebrity brought a hubris and lifestyle that caught him in a thicket of compliance and ethics trouble that he ultimately could not escape.

When a new generation of leaders arrives in Congress, they won't look like Aaron Schock. They will be entrepreneurs, educators, social entrepreneurs, engineers and veterans who have already demonstrated their ability to mobilize others to solve hard problems in other aspects of society. They will come to Washington first and foremost to fight for America's future and do whatever it takes to get big things done. Sure, they will give interviews and appear at events, but they'll be trumpeting tangible accomplishments, not themselves. And for a real lesson in what not to do, they'll have Schock to thank.