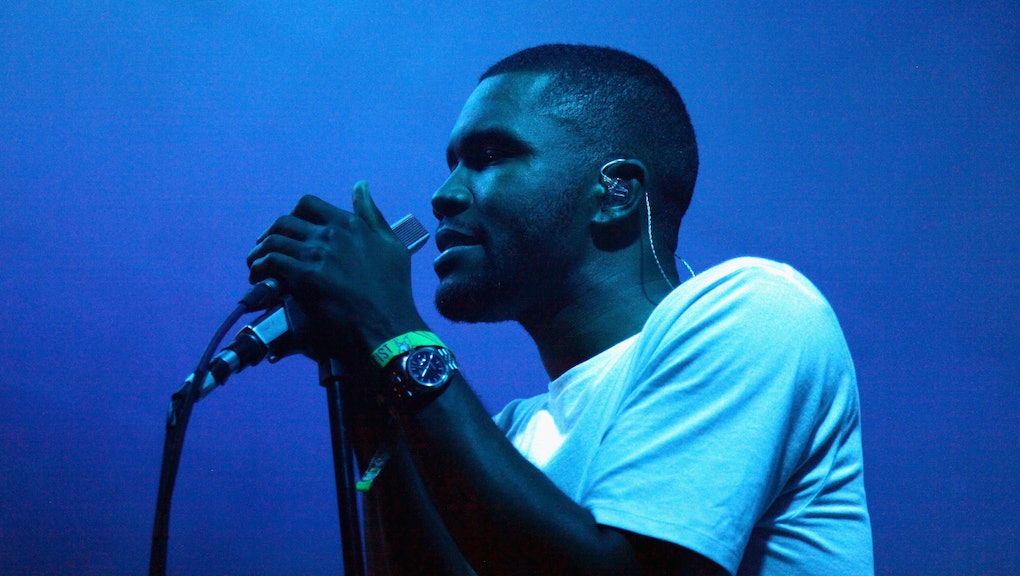 7 Lies About LGBT Musicians We Need to Stop Telling Immediately

When Sam Smith offhandedly told a U.K. tabloid that he doesn't like Tinder or Grindr as a way to meet men, the media wrecked him. Gawker came to the absurd conclusion, via thinly veiled homophobia, that since he doesn't personally use those apps, Smith's gay conservatism is a clever ruse to sell albums by not being "too gay." Smith once tweaked his lyrics to make them gender-neutral and caused an uproar for not being "gay enough." Gawker remarked, "Smith's attempt here is about as futile as it would be for him to try and seem less gay with a dick in his mouth." Thought Catalog followed up with another, more obviously homophobic article, "Sam Smith Is a Selfish Person and That's a Shame."

But Smith has been very open about the fact that he doesn't want to be a spokesman for the gay community. And he shouldn't have to be. Queer musicians are in the difficult spot of being subjected to consistent and invasive interest in whether they defy or uphold a series of stereotypes. Often, the pressures from the mainstream media and the LGBT community both amount to the same thing: Gay musicians are seen as gay first and musicians second. Rapper Le1f was so frustrated that he was seen as a "gay rapper" that he actually took a self-imposed retreat from the media soon after he became somewhat famous.

1. Being a LGBT musician means your music is all about your sexuality.

There are quite a few articles online with titles like "14 Gay Musicians We Thought Were Straight." The logic usually runs that, unless a musician is singing about gay love, they couldn't possibly be gay. But just as being gay doesn't necessarily define an LGBT musician, LGBT musicians don't always make music about their sexuality. Take the lead singer of the English indie rock band Bloc Party, Kele Okereke.

"When Bloc Party started, we were told that things would be hard for us because indie rock was a predominantly straight white male world," Okereke wrote in Vice. "There was a dogged insistence for me to clarify my sexuality in the media."

But his homosexuality doesn't overtly appear in Bloc Party's music anyway. The media insisted on outing Okereke, and to what end? In "Signs," one of Bloc Party's most lovelorn songs, the lyrics are gender-neutral. A fair-weather Bloc Party fan would never know the lead singer is gay — why should that matter?

2. Coming out is the defining moment in a LGBT musician's career.

When R&B singer Frank Ocean came out before he dropped his album, Channel Orange, people worried that it would negatively affect his career, especially given the machismo of hip-hop. In an interview with GQ shortly after Ocean came out in a letter on his blog, the magazine asked him, "Did you worry [coming out] would derail your career?" He replied, "I had those fears," but what he said next is worth a standing ovation:

"I'm in this business to be creative — I'll even diminish it and say to be a content provider... I'm not trying to sell you sex. People should pay attention to that in the letter: I didn't need to label it for it to have impact. Because people realize everything that I say is so relatable, because when you're talking about romantic love, both sides in all scenarios feel the same shit. As a writer, as a creator, I'm giving you my experiences. But just take what I give you. You ain't got to pry beyond that."

When the lead singer of the rock band Against Me! came out as transgender in 2012, the music world shook. Shortly after Tom Gabel came out as a woman named Laura Jane Grace, a writer for Hitfix wrote, "Someone who has previously identified as a man but who is, in fact, a woman who sings in a hard rock band is a jolt to the system, in part, because it's a hard rock band."

The media's impulse reaction was "a jolt," and hopefully it shook loose the idea that hard rock is a straight boys' club. In an interview with Rolling Stone, Grace said, "With the band especially, I felt more and more like I was putting on an act — like I was being shoved into this role of 'angry white man in a punk band.'" But Grace showed the queer scene, and the hardcore punk rock scene, that social constructs are fluid and being a queer musician has no bearing on the kind of music she makes.

When you think about gay musicians, chances are some of the first artists to come to mind are Elton John, Adam Lambert and Boy George — all fantastic musicians who also happen to be gay, and who also have a penchant for flamboyance. But though those men set up the archetype of the flamboyantly dressed gay musician, that doesn't mean that other gay musicians do too.

On the flipside of the feminine stereotypes about gay men is the assumption that lesbian musicians are all butch. Artists like Tracy Chapman, k.d. lang and Melissa Etheridge may fall into that category, but again, their personal artistic and sexual identities don't dictate the way other lesbian musicians portray themselves.

Openly gay twin sisters and pop stars Tegan and Sara sing both upbeat pop songs and tender feminist ballads, including their latest, "Everything Is Awesome" for the Lego Movie soundtrack. The twins are paving the way for a new crop of lesbian musicians who show just how silly it is to think lesbian musicians are only successful as butch. Still, Tegan and Sara say it wasn't always easy to reconcile the music and their sexuality.

"I won't deny that there have [been] times in the last 12 years that I wish we never said we were gay. It overshadows the music, for sure," Tegan told the Dallas Voice. But, she added, "There seems to be people finding incredible comfort and inspiration and empowerment in who we are."

6. Songs by LGBT musicians can't resonate with a heterosexual audience.

In a 2014 interview, George Michael discussed the struggle he faced when he finally did come out. "For some strange reason, my gay life didn't get easier when I came out. Quite the opposite happened, really," he told the BBC. "The press seemed to take some delight that I previously had a 'straight audience,' and set about trying to destroy that."

He was still in the closet when he released "Freedom" in 1990; it's easy in hindsight to read the song as his coming out: "I just hope you understand / Sometimes the clothes do not make the man," he sang. The song was a huge success in the mainstream, spending 16 weeks on the Billboard Hot 100, but it was a surprise when Michael (unintentionally) came out as gay in 1998.

Michael has said that he knew he was gay for much of his life, but was too afraid of the consequences to make it public. Michael was a sex icon for young women for years; "Freedom" is just one of many examples of a song that was written by a gay musician that resonated in a huge way with heterosexual audiences. Announcing his sexuality shouldn't have done anything to change that.

Alongside the assumption that gay men are necessarily feminine is the equally damaging assumption that certain types of music are "masculine" in an exclusively heterosexual way. Nothing could be further from the truth. There's a major queer music movement called "queercore." According to Out, "The queercore scene grew out of a generation that bristled against what it saw as the bourgeois trappings of a mainstream gay lifestyle and the macho, hetero hardcore scene that punk — a movement founded by women, people of color and gays — had become. Queercore was a call to arms and storming out of the closet."

Bands like Limp Wrist led the charge with songs like "I Love Hardcore Boys, I Love Boys Hardcore." Queercore has been instrumental in changing perceptions of queer musicians in the punk rock scene. "You cannot identify as queercore and not have a greater scope of the world around you," Martin Sorrondeguy, the lead singer of Limp Wrist, told DIY Conspiracy. "In fact, being queercore or a gay/lesbian/queer/trans punk has opened up expanded dialogue and actions to make real equitable change in the scene and in the world."