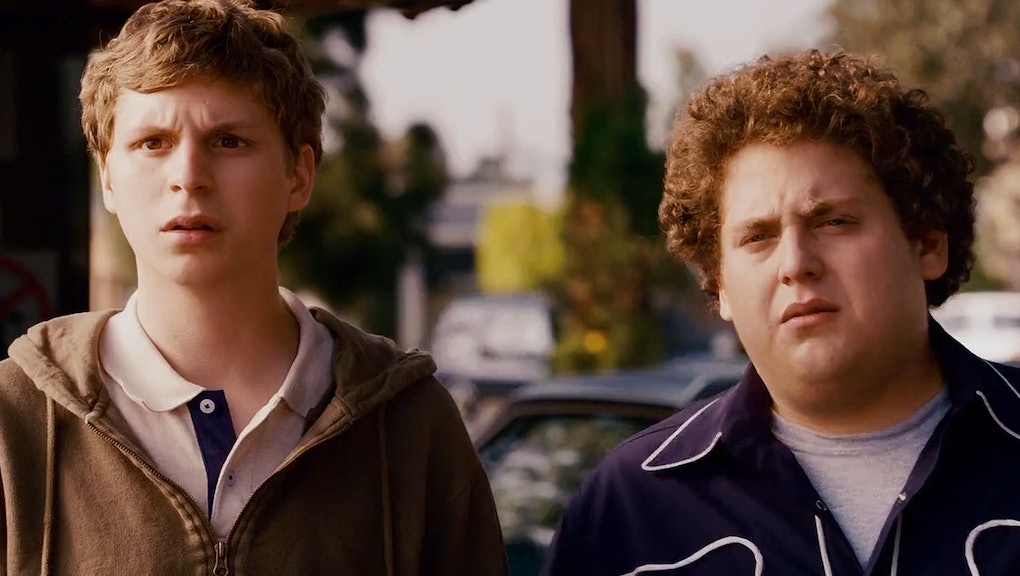 11 Myths We Need to Stop Teaching Boys About Dating Immediately

It ain't easy being a teenage boy — especially when you're surrounded by the resounding din of conflicting, and potentially damaging, dating wisdom.

There are the examples of sweeping romance, ones that involve standing outside with a boombox or performing love songs in the school stadium. Then there are the images of sex, something boys supposedly want all the time, with whomever they can get it, as early as possible. Of course, all of that doesn't match up with actual hookup experiences, awkward and bumbling as they are.

This disconnect can lead not only to confusion and failed relationships, but also to unhealthy pressuring and even sexual violence.

The media is fixated on the pressures and expectations girls face as they enter adolescence. But the expectations that affect boys are just as powerful and damaging. Here are nine dating myths young men keep hearing that just don't serve them well.

Some women may find themselves treading into the "forbidden fruit" territory of bad boys in their younger years. (Wasn't that was "Grease" was really all about?) But in reality, being your genuine self, the one who prefers, say, books and Netflix to blunts and booze, has the biggest appeal. Hey, if the insanely enthusiastic fan base of the brainy Benedict Cumberbatch proves anything, it's that plenty of girls might have the same preferences.

The flip side to this "bad boy" narrative is one of a boy who's too pathetically nice for his own good. But years of research have shown that people are drawn to people who are kind to us.

That's what Anna Kendrick was talking about when she told Fashion magazine: "The wrong kind of guy to fall in love with is the guy who will let go of the steering wheel as a joke. A guy who finds it amusing to make you uncomfortable, which is more common that you'd think, is someone you want to avoid."

There's nothing wrong with edginess — unless it keeps you from treating the person next to you with respect and kindness.

No aspect of dating is rife with more "rules" than communication. But "to text or not to text" debates aside, it comes down to one thing: Communication is the most important thing that makes relationships work. If someone likes a boy, they probably want to get a text or call from him.

Yes, there is a difference between being clingy and making it known you're interested. But mystery loses its fun when mistaken for ambivalence. Waiting to call in an attempt to play it cool doesn't necessarily do anyone any good. "Honesty is a pretty important virtue, and being dishonest with anyone is pretty disrespectful to them as a person," 24-year-old Emmett from Minneapolis told Mic previously.

4. The more sexual experience you have, the better you are.

There's so much pressure to go to bed early, so to speak, even if we're not entirely ready. Not helping things is the idea that more sexual partners somehow proves a guy's manliness. This pressure leads young people, especially men, to lie about their sex lives. As one 19-year old explained to USA Today in 2010, boys lie "to appear like they're the man — they have some type of clout and they're a player."

A 2013 study found that young male participants exaggerated how many sexual partners they had, how many one-night stands they had and how young they were when they lost their virginity. The fixation on virginity is particularly acute for men, with the strong cultural stereotype of having to have your V-Card stamped before you head off to college (see: every teen movie).

But while boys may think everyone else is doing it, most guys in the U.S. don't actually lose their virginity until they're at least 18. By age 21, a full 15% still haven't had sex. Plus, there are plenty of potential partners out there who aren't picking boyfriends based on sexual experience.

5. Girls want to be pursued — that's why they play hard to get.

As sex educator Dr. Lindsey Doe recently put it in a video addressing the persistent boy targeting her teen daughter, "You probably picked up from society messages about how when you want something you need to try harder, go at it, do whatever you can to get it, don't give up." But the phrase, "No means no," doesn't only apply to sex — it covers the entire course of dating.

Yes, sometimes women and men engage in "hard to get" behaviors (texting has made this all too easy). But generally, if a girl wants to go out with you, she'll make it clear. And if she doesn't and says, "I'm not interested," well, boys should know that respecting that is a vital part of consent and healthy relationships overall. Pursuing a girl who's already said, "No, thanks," is harassment.

6. A real man pays for everything.

It seems obvious that the idea that men should provide everything for their dates is totally antiquated. But this norm, tied to old notions of chivalry and manliness, still holds firm. Even as times change, one survey found that 76% of men felt "guilty" for wanting women to pick up the bill every so often. But they needn't be; as Emma Watson recently put it, "Chivalry should be consensual."

When a boy picks up a tab, it plays right into outdated gender bias and inequality. Instead, we should all be a little more egalitarian in our daily practices — starting by splitting the check.

7. Women are the ones who talk about their feelings.

As anyone who's ever watched The Bachelor knows, dating is all about being vulnerable. But too often boys are taught to stifle their feelings, and that stoicism and silence are preferred to vulnerability. One researcher found by their teenage years, most boys feel they do not have or need any friends. This is rooted in gender norms that say men should be "self-interested, competitive, non-emotional, strong (with no insecurities at all), and able to deal with their emotional problems without help," sociologist Lisa Wade wrote on the topic in Salon.

But learning to talk about feelings — whether with friends or partners — is vital to healthy, happy relationships. As Mel Schwartz writes for Psychology Today, patient, thoughtful communication is "very intimate and respectful." Girls aren't the only ones who get to share their feelings; in fact, plenty of women would prefer if the men in their lives would speak up.

8. Dating is always fun and easy.

Dating can feel like hard work, especially when it becomes a serious relationship. "Pop culture rarely shows how much sacrifice, loyalty, and dedication real relationships require," D. Scott Sibley, a doctoral candidate in marriage and family therapy at Kansas State University, told Mic. "Emerging adults need to learn to do the following to be more committed in their relationships: unitedly persevere as a couple through life's challenges, prioritize their relationship, have consideration for the needs of their partner, give substantial effort, and have complete fidelity to the relationship."

Complicated stuff that few people consider when dating — but we all should, especially if teen dating prepares us for what's to come.

9. All men want sex, while all women want relationships.

"Both men and women are sexual beings and are motivated to have sex, and there is variability in sex drive for both genders, with some people thinking about and wanting sex a lot, and others not as much," psychologist and sex therapist Erica Marchand told Mic previously.

On the flip side, as Parker, a 22-year-old male college student, told Cosmopolitan, "I think people in college are embarrassed to want to be in a relationship, as though wanting commitment makes them some regressive '50s Stepford person."

But that's a damaging viewpoint as outdated as Stepford wives. Boys should know it's perfectly acceptable to want emotions — and even a relationship — to come with sex.

Everyone has heard this, and plenty of experienced people stand by it. But studies actually disprove it as an unequivocal theory — yes, you can have good sex with a condom on. A survey of 1,645 men and women between 18 and 59 found that "sexual arousal, ease of erection, overall pleasure and orgasm weren't much different" for those who wore condoms, compared to those who went without.

Pleasure isn't a good enough excuse not to wear one — plus, safe sex and consent can be sexy.

11. Committing only happens when you get married.

"Commitment" may sound like a heavy, grown-up word, but the simple idea of giving someone the attention and consideration they deserve isn't too adult a concept. This is especially important for boys, who face the societal stereotype that committing too much to a female partner might leave them "whipped."

"I worry that pop culture and negative family-of-origin relationships are skewing the attitudes of emerging adults, and that they fear commitment far more than they actually should," Sibley said. But deciding to take someone — including, yes, women — seriously shouldn't be scary, nor does it have to threaten a boy's masculinity. It's just part of growing up.