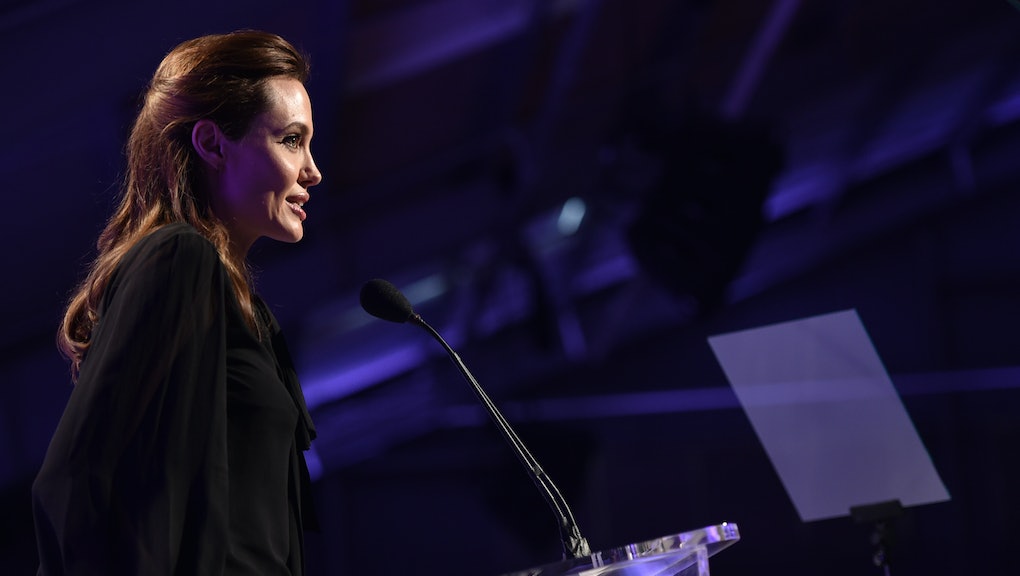 Education from personal experience comes at a tremendous personal risk. For Angelina Jolie, talking about her cancer scare and choosing to have her ovaries removed — much less writing about the choice in an op-ed for the New York Times — comes with the weight of being one of the most powerful, influential celebrities in the world.

Yet Jolie's influence is exactly why choosing to talk about her surgery is so important: It is using that celebrity to educate others and effect great change.

Jolie's choice isn't just a celebrity vanity project designed to boost her own ego and image. In fact, what makes it particularly gripping is how free of vanity it is. Her goal is to give readers as much information as possible, just as she did two years ago when she wrote about her mastectomy for the New York Times.

In contrast with someone like Jenny McCarthy, who espouses a singular theory about vaccination without evidence or allowance for other theories, Jolie makes clear that what worked for her isn't for everyone. She writes:

A positive BRCA test does not mean a leap to surgery. I have spoken to many doctors, surgeons and naturopaths. There are other options. Some women take birth control pills or rely on alternative medicines combined with frequent checks. There is more than one way to deal with any health issue. The most important thing is to learn about the options and choose what is right for you personally.

We need more stars like Jolie. We need people who will brave criticism and write so powerfully about cancer. We need people who will bare their souls, writing about losing so many other women in their family to cancer, and share their journey. We need celebrities who think of others even when writing about themselves, saying things like "I wanted other women at risk to know about the options."

To be sure, we should not, nor cannot, expect every celebrity dealing with a very personal, painful thing to share their stories publicly. But when a celebrity does choose to share these kinds of details, following Jolie's lead and using the opportunity to inform and educate others rather than just promote themselves or their personal brands is to be admired.

We need women who can assert their identity by saying "I feel feminine, and grounded in the choices I am making for myself and my family." Discarding ego and using one's platform responsibly is how true progress in educating people like this can come.

Read the full op-ed on the New York Times's website.