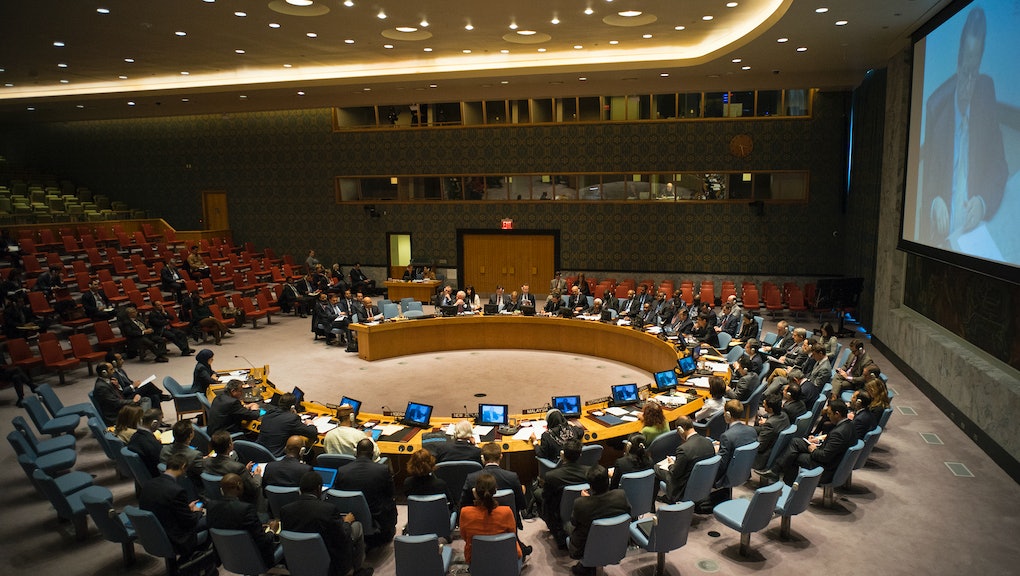 The news: In one of its more epic recent smackdowns, the United Nations voted decisively Tuesday against a Russian measure that would have revoked benefits for same-sex couples among U.N. staff members.

The Russian proposal, which would have allowed same-sex benefits to be governed by the individual laws of their countries of origins, was rejected by a vote of 80 to 43 at a meeting of the U.N. General Assembly budget committee, Reuters reports. Thirty-seven countries abstained, and 33 did not vote.

Previously, benefits had been allocated based on the preferences of individual nations, which had resulted in markedly unequal treatment. Last July, U.N. Secretary-General Ban Ki-moon changed the rules to allow recognition of all same-sex couples, regardless of nationality.

In a statement after the vote, American ambassador Samantha Power called for a censure of Russia for its proposal. "We must speak plainly about what Russia tried to do today: diminish the authority of the U.N. Secretary-General and export to the U.N. its domestic hostility to LGBT rights," she said.

"We've seen this a lot worldwide, where countries are using the LGBT community as scapegoats," Suzanne Trimel, communications director at the International Gay and Lesbian Human Rights Commission, told Mic. "Obviously we're thrilled that it failed."

Russia has a problem. Russia's U.N. maneuvering was only the latest in a long series of hostile acts that the country has committed against members of the LGBT community, both at home and worldwide. On June 30, 2013, Russia took a major step backward with the signing of a law banning "propaganda of nontraditional sexual relations to minors."

That deliberately vague phrasing left the door open to widespread persecution. Russia held fast to the law even as it  resulted in widespread boycotts of the 2014 Olympic Games in Sochi by foreign leaders.

Worse still are the laws that go unenforced or under-enforced.

In 2014, a U.K. Channel 4 documentary profiled the activities of "Occupy Pedophilia," a ring of criminal vigilantes that target LGBT Russians and recorded in brutally violent home videos. After first doing nothing, Russian authorities ultimately caved to international pressure and sentenced the group's leader, Maxim Martsinkevich, to five years in a penal colony. His sentence has since quietly been reduced by more than two years.

But most of this was happening inside Russia. The popular American series House of Cards (spoiler alert) implied that the series' Vladimir Putin-esque Russian President Viktor Petrov launched his anti-gay initiatives specifically to appease his own people, but didn't necessarily share those views — a theory that's been floated about various political figures in the past.

However, the truth is that Russia has a serious problem with LGBT rights in every audience. Its attempt to effect discrimination within the U.N. offers the Russian president no obvious domestic benefit, yet he did it anyway. The organization's firm rebuke was a necessary reminder that while Putin might be able to discriminate in his own country, he can't force anyone else to go along.