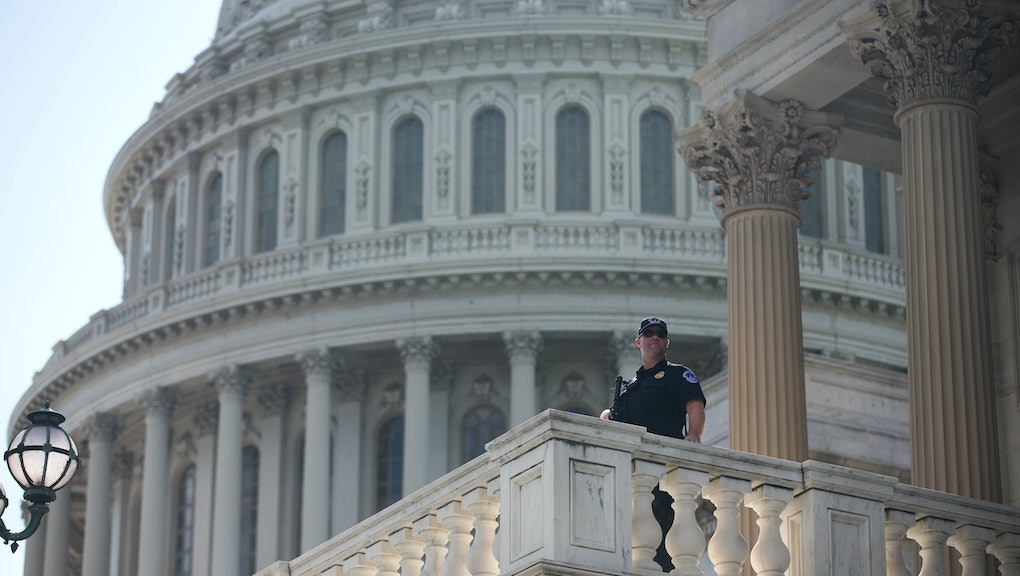 Now, though, two members of the House of Representatives, a Democrat and a Republican, are trying to do something incredible: work together on a truly important bill.

On Thursday, Reps. Mark Pocan (D-Wis.) and Thomas Massie (R-Ky.) introduced the Surveillance State Repeal Act. The bill would repeal both the 2001 "USA PATRIOT Act" and the 2008 FISA Amendment Act. If passed, H.R. 1466 would sharply rein in the government's ability to spy on Americans and undo much of the data-gathering power it has accrued in recent years.

The bill would effectively force the Director of National Intelligence and the Attorney General to destroy all information gathered under the previous acts, lengthen the terms of Foreign Intelligence Surveillance Court judges and strengthen the warrant requirements made so relaxed by these bills.

"This isn't just working around the edges, this is a complete repeal of the Patriot Act," Congressman Pocan told Mic. "We're trying to reach out to as broad an audience as possible."

"We literally just dropped it," he said, who added that he was in the process of reaching out to the Senate for support in that chamber.

An ugly law from an ugly time. Though the Patriot Act was passed only 14 years ago, it came from a a very different America. Just six weeks after the 9/11 terrorist attacks, it was passed by a fearful Congress willing to set aside previous objections of government overreach in the name of national security. The bill designed by then-Attorney General John Ashcroft was rushed to the floor with no debate or chance for public oversight. Senators at the time complained that they had little time to study its wide-ranging provisions before voting.

One of the law's nastier elements allowed law enforcement officials virtually limitless power to collect phone and Internet data via warrantless wiretaps. The act lifted a previous requirement that authorities demonstrate "probable cause" to obtain a warrant for this kind of activity. While the Bush administration insisted that the warrantless search program would be "narrow," revelations by whistleblower Edward Snowden showed that the NSA intercepted data from tens of thousands of emails and phone calls.

According to the American Civil Liberties Union, the bill also granted the FBI broader powers to compel institutions like libraries, doctor's offices and universities and to release data about their customers with little judicial oversight. Here too the feds are exempt from any pretense of demonstrating probable cause.

It is telling that both liberal think tanks and conservative advocacy groups have lined up in favor of repealing the Patriot Act. Such a degree of bipartisan agreement reflects the growing consensus in America that federal intelligence agencies have overstepped their authority and crossed a red line into our private lives that is just not acceptable.

"A majority of the public doesn't support that amount of surveillance," Pocan told Mic.

It was always a false choice asking Americans to choose between liberty and safety. In the years since 9/11, terrorism has proved willing and able to strike at countries like Saudi Arabia and China, neither of which is particularly well-known for commitments to individual freedom. The real question is, what kind of America do we want to live in? The Patriot Act was a bad law, passed in a time of fear and suspicion. It's not who we are as a nation, and it's time for it to go.