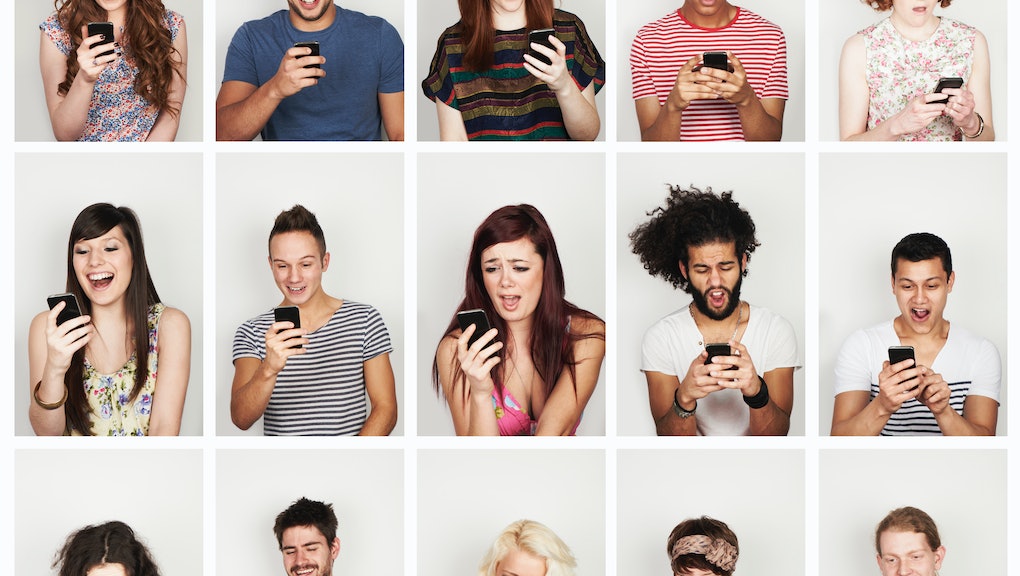 For every step of dating, there's an accompanying text.

There's the text between the right swipe and the first "Wanna grab a drink Friday?" The "I'm here" text as you enter the bar, waiting to lock eyes. There's the first sleepover, followed by that heart eyes emoji a few days after. Then there are the three blinking dots, the harbinger of a text to come — or not.

There is no dating without texting. As our most frequent form of communication, 50% of those ages 21 to 26 report texting several times a day before going on a date, according to a 2013 survey by JDate and ChristianMingle.

And it's not just arranging dates that relies on texting. Every step of the dating process, from finding a partner to defining your status six months later, is filtered through the medium, to the extent that the simple act of messaging is steering our romantic fates — whether we realize it or not.

The pre-"first date": Just as Google and Facebook have done away with the truly "blind date," so texting has undermined formal dating introductions. Texting is how we first meet, first judge each other, first ask each other out and size each other up.

That means more weight than ever is placed on our word choices. After analyzing over 500,000 first interactions on OkCupid in 2009, the site's founder, Christian Rudder, found that those who used proper grammar and avoided netspeak were most likely to get replies. Originality was also favored — daters who brought up specific interests like video games, or chose unusual greetings, were most likely to get a response.

It's a turnoff "when they can't complete a sentence more than three words when I ask a question," Martin, 27, told Mic. "I want someone who can express what they're actually passionate about."

As such, verbally savvy daters might have an advantage. Linguist John McWhorter told Mic that being deft at texting today will "be as useful as someone who 'had the moves' in the old days."

Starting out the dating process via text isn't necessarily bad — it speeds up the filtering process, which may hasten intimacy-building. "Texting does make a slangier, almost warmer kind of connection easier to establish early on than in the days when you had to actually call somebody," McWhorter said. Nothing's more fun than text-banter as verbal foreplay — that is, if you can translate that wit into real life.

Crafting ideal identities: We may text like we speak, but phones give us the chance to craft the delivery in painstaking ways, glossing over awkwardness and flaws with digital panache.

Sonny was having pleasant exchanges with the second woman he ever met on Tinder — until they finally had a date. "I met a complete dud," the frequent online dater, 30, told Mic. "Even the bartenders felt bad for me ... I was super disappointed in myself for not being able to filter that one out."

The big problem, of course, is that texting is fake at worst, and confusing at best. It's why 58% of singles think texting makes dating more ambiguous. "There's no tone, no visible emotion and no telling what a wink face truly means," Business Insider's Sam Rega wrote.

"Throw in the fact that you're texting with someone you've never met, and you have a recipe for creating, very easily, the 'idea' of the person you think you're meeting for dinner in a few days."

Driving the relationship: Once you do create a real-life connection, the pressure of texting may seem to fall away. But it still has the power to control the pace of our relationships.

"The word 'date' should almost be stricken from the dictionary," Shani Silver, 30, told the New York Times' in an article on modern courtship. "Dating culture has evolved to a cycle of text messages, each one requiring the code-breaking skills of a cold war spy to interpret."

That can be a source of comfort as things progress. "I am a very conflict-averse person, so in some ways I really like the fact that so much of my dating life takes place via text. It allows me the opportunity to really think about what I want to say and how exactly I want to say it," Abigail, 25, told Mic.

But just like in war, we use our texting tactics as weapons. Elle's Mercedes Tahir advises never to text first, and only to wait at least four hours to respond to the first text. Tahir is an advocate of using read receipts on iMessage, letting our our romantic interests know we saw the text but aren't overeager in responding. Then there are male-targeted forums with paint-by-number suggestions for initiating communication, and the endless cycles of writing and rewriting we all fall into.

With all the weight we put on texting interactions, they're bound to affect our real-life interactions. We walk into the date already judgmental by a weird comment, or twist our stomach into knots over an ambiguous message. We read deep into every message, sometimes even resulting in conflict — or just awkwardness.

"If you talk for too long over text then you don't have anything to talk about in real life," Clara, 20, told Mic.

Let's bring the focus IRL: If we tie our love lives to our phone, texting accomplishes everything dating is supposed to: It clues us into the person's social style, their interests, whether they're similar, whether you can keep up witty banter.

But as anyone who's ever been on an actual date knows, there's no replacement for real-life interaction. Case in point: When I asked Sonny what was so wrong with trying to date through texts, he thought for a while then replied, "[As I text] I'm just thinking in the back of my head how much easier this would be over a beer at the bar."