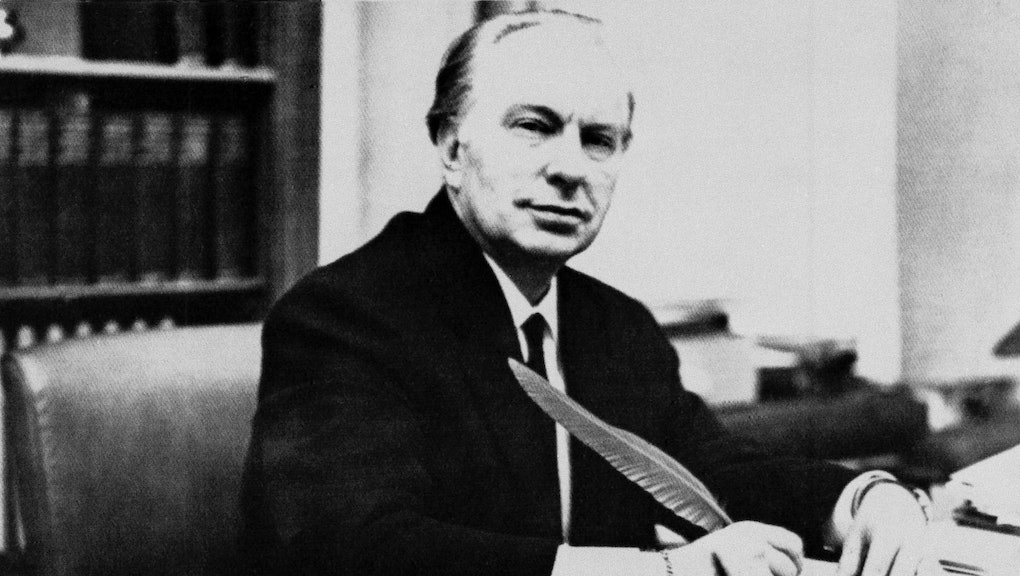 By the end of Going Clear: Scientology and the Prison of Belief, a new documentary debuting on HBO Sunday, it seems Scientology is nearly dead. One by one, church members leave for varying, egregious reasons: men and women are imprisoned, a woman's daughter is being kept in hazardous conditions, a mother is separated from her daughter. The church is weakened, and it is scared. Yet it lives.

But more importantly, while it seems Scientology is fading, by the end of Going Clear, you'll want it dead.

Documentary filmmaker Alex Gibney decided to make the extraordinary Going Clear after reading writer Lawrence Wright's book of the same name. The film is pretty closely based on the book, yet hearing the stories from the former members themselves makes them all the more raw and visceral. Through accounts of abuse, manipulation and shame, Gibney has made the terror of Scientology personal. This isn't a punchline to a joke about Tom Cruise or John Travolta. This "religion" is causing real damage, and the film deftly lays the blame at the feet of church founder L. Ron Hubbard and current leader David Miscavige.

The characters take the forefront: Much of the film is told specifically through the narratives of its main "characters." The eight men and women are all former Scientologists who explain how they first got involved and why they left. The stories are disparate enough for each to stand apart, but show clear patterns of behavior, forming a cohesive narrative structure. Many of the involved parties spent time in "the Hole," a California desert compound where church members were kept and punished.

Relaying their stories in text does a disservice to the power they have as told by the men and women themselves. These people are the perfect storytellers because they are so very real and human. These could be your parents, your siblings, your friends. Have you ever wondered what kind of people would join a cult, believe in Xenu and follow in the footsteps of a man so clearly mad as Hubbard? Now you know: people just like you.

The film dips into talking about celebrities, but usually only as it affects others. It references the alleged wiretapping of Nicole Kidman during her marriage to Cruise, for example, but steers clear of known celebrity Scientologists like Will Smith, Elisabeth Moss and Beck. Gibney also mostly stays out of some prominent Scientology spouses's lives, though as he said at a press screening Monday, that decision was more about the chosen narrative.

"Katie Holmes was a very interesting character, and very important in terms of the Tom Cruise story," he told the crowd, noting he wasn't able to interview her despite reaching out. "There's all sorts of reasons as to why we didn't get this or that element of the story. ... We were focusing on our characters and, rather than doing a bit of stone-skipping in trying to cover everything, we tried to focus."

What kind of people would join a cult like Scientology? Now you know: They're people just like you.

Cruise and Travolta aren't so lucky. They're both prominently used as representatives of celebrity stories in Scientology. Travolta gets more focus in the film's first half, but it's mostly from a place of pity. He's depicted as someone trapped rather than a willing participant, and rumors of his sexuality are only alluded to.

"It was a conscious filmmaking choice, basically because, as a filmmaker and as a citizen, I personally don't care whether John Travolta is gay or straight," Gibney said Monday. "The larger issue was whether or not the church is using the materials they get from personal testimony that's part of therapy as blackmail against him."

However, Cruise comes under quite a bit of fire. As Gibney explained it, because the actor is still an active church figurehead as more and more claims of member exploitation surface, he bears some responsibility. "We believe that he has a responsibility to say something about the abuse," he said.

Still, Going Clear's greatest moments lie in letting the non-celebrities simply tell their stories. The stories' framing, with each participant fading out of the picture as the chronology of the film moves forward, is a clever technique that maintains forward momentum even as it deeply explores more personal stories.

Going Clear is required viewing. Though Scientology's numbers are on the wane (there are less than 50,000 active members, according to the film), the church proceeds, abusing its members, manipulating people inside and out. Leaders build a culture of intimidation meant to scare away opposition. Yet knowledge is power, and Going Clear is filled to the brim with it.

Somehow, the movie simultaneously horrifying and entertaining — the eight featured ex-Scientologists are often as funny as their tales are harrowing. It doesn't feel like homework, but it's just as imperative to view. By the end, you'll be telling your friends and family the exact same thing.