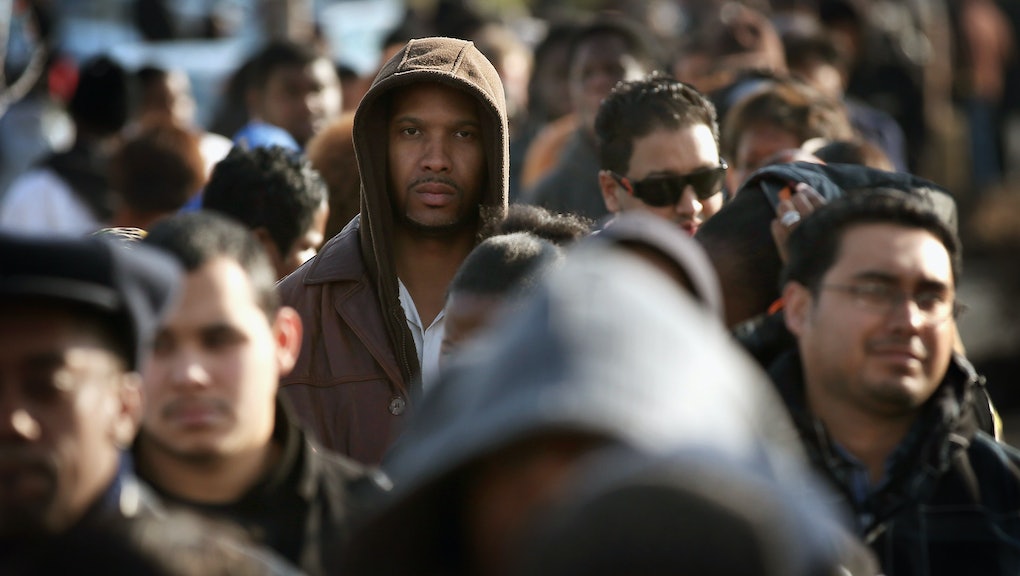 2014 was a great year to get hired in America. Nearly every industry added new jobs, making it the best year of job growth since 1999. National unemployment dropped to a level lower than it's been in over half a decade.

But a closer look at unemployment data for 2014 reveals sharp racial disparities in who has been able to gain from the recent flood of job openings, and shows that progress has been achieved at a significantly slower clip for black Americans than for white ones.

A new report on unemployment trends by the Economic Policy Institute has some sobering findings on the varying unemployment trajectories that different racial groups experienced between 2013 and 2014, and what we can expect to see this year.

These disparities are jarring, but they aren't exactly unexpected. The racial unemployment gap has existed for quite some time; for most of the past 60 years, African-Americans have faced unemployment rates twice that of whites.

But it is worth noting that the speed of recovery for the two groups has diverged. In the fourth quarter of 2014, white unemployment rates were finally within 1 percentage point of pre-recession levels, but black unemployment was 2.4 points higher, according to the report.

While the economy may be growing and creating jobs, there are still real differences in how the benefits of the recovery are dispersed. The economic playing field won't be leveled without addressing the structural factors that are producing these discrepant outcomes.