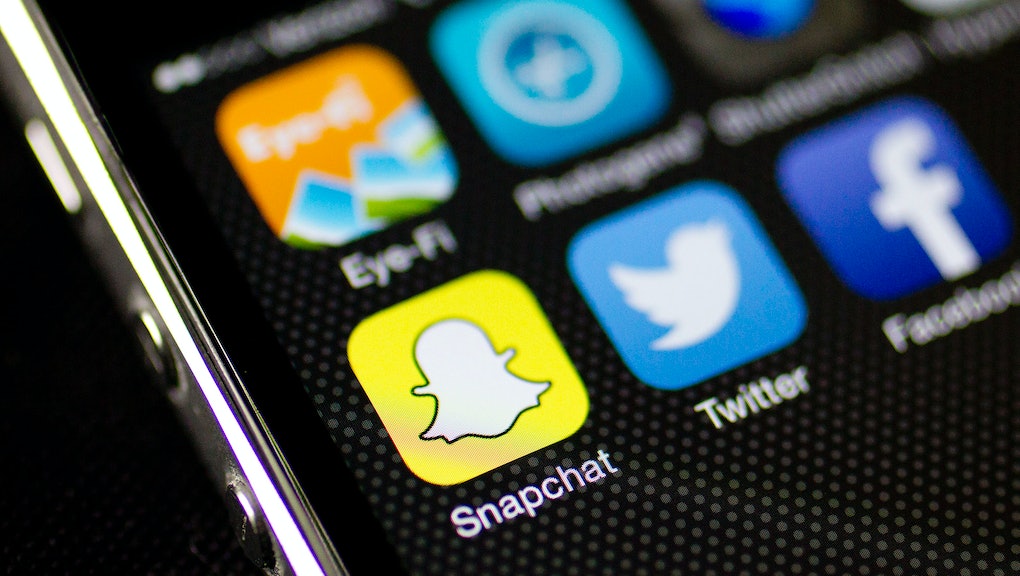 This Is How Snapchat Is Affecting Your Love Life

Every month, over 100 million active Snapchat users send snaps to both friends and strangers that land straight in our pockets, then vanish in mere seconds.

If that premise sounds like it's the perfect setup for flirtation and provocation, well, you'd be right: A new study has confirmed that Snapchat is making an impact when it comes to stirring up jealousy on social platforms.

The study: The research, published in the journal Cyberpsychology, Behavior and Social Networking, explored the psychological motivations and impact of using Snapchat, particularly compared to other social networks.

Lo and behold, in comparing usage of Snapchat to Facebook, the study found Snapchat was used more often for flirting and finding new love interests, as well as prompting jealousy. Romantic interests were far more likely to get jealous if their partner sent sexually provocative pictures or connected with an old partner or stranger on Snapchat than if they did the same on Facebook.

The difference? Facebook exchanges and "likes" are largely public, whereas the mostly private activity on Snapchat makes couples more uncomfortable. "It may be seen as more threatening to your relationship when you believe your partner is 'secretly' communicating with other individuals who may be romantic rivals," Nicole Muscanell, a co-author of the study, told Mic.

Risk-free temptation: As of 2014, Snapchat was the third-most popular social app among millennials, following closely behind Facebook and Instagram, meaning its influence on couples, singles and strangers alike can't be overstated.

Snapchat arguably holds a dual appeal: The ephemeral quality of a snap or "story" lends itself so easily to temptation, and self-destructing messages give users the sense that their foray into temptation, whatever they send, will be fairly risk-free. Instead of worries that our nude photos will be posted online or our partners will find out, Snapchat offers both the temptation and the green light.

"Because Snapchat is intended to be much more of a private communication medium, and because things are, in theory, not as permanent ... users may feel less risk in their communication, and thus they may send more provocative and sexual content," Muscanell told Mic.

The photo-heavy nature of the app plays into our desire for visual stimulation, heightening the temptation. "It's similar to the initial stages of 'talking' to someone, but instead of texting, you're snapping pictures of yourself and what you're doing throughout the day. And then you swipe left and you're chatting simultaneously," Megan, an avid Snapchatter in her twenties, told Mic.

The door teasingly kicked ajar by Snapchat is a dangerous one, as the study confirms, because definition of cheating aside, jealousy can know no bounds. But for singles and strangers looking for a harmless, flirty back-and-forth, it might be the fastest and most popular way to get someone's attention.