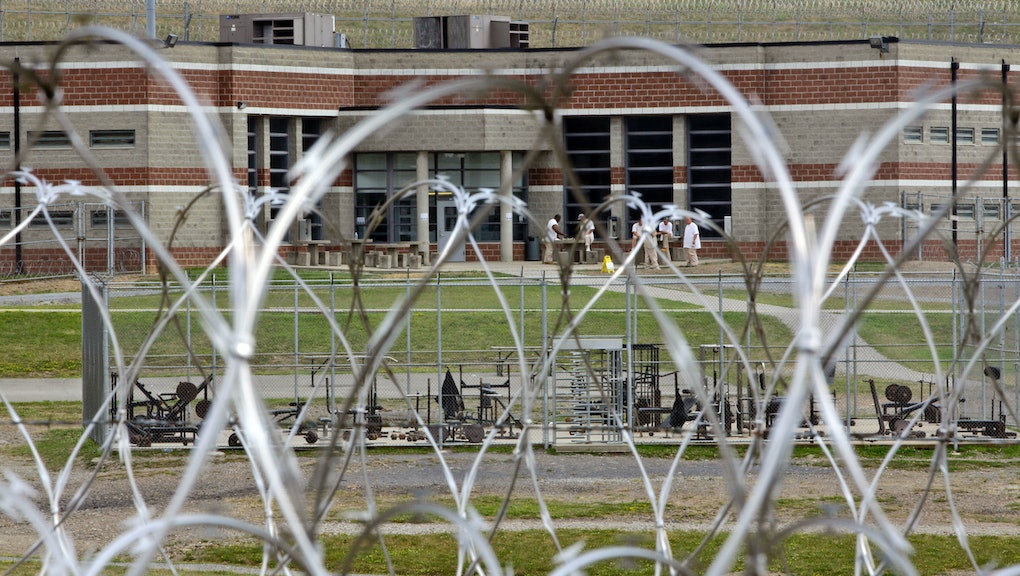 Yep, you read that right.

Alleged ring leader Deputy Scott Neu, who previously faced accusations of forcing inmates to perform sexual acts on him, threatened those who refused to participate with food deprivation, physical violence and even rape, reports the San Francisco Chronicle.

"I don't know why he does it, but I just feel like he gets a kick out of it because I just see the look on his face," Ricardo Palikiko Garcia, one of the inmates involved in the alleged brawls, told the Chronicle. "It looks like it brings him joy by doing this, while we're suffering by what he's doing."

Neu and three other deputies involved have been placed on paid administrative leave, according to the report. Adachi has called for an independent investigation.

"This is sadistic behavior," Adachi was quoted in Chronicle. "This is something that goes beyond any sense of common decency."

Prison in America. Going to jail in the U.S. can be ugly.

A series of reports by the Miami Herald in 2014 highlighted the extent of the problem in that state. For example, in 2012, Darren Rainey, a 50-year old mentally disabled inmate at the Dade Correctional Institution was dragged by guards into a scalding shower where he died screaming, "I can't take it no more, I'm sorry." The skin on his body was so burned that it literally melted from his body.

Two years earlier, at the state's Franklin Correctional Institution, Randall Jordan-Aparo was supposedly gassed to death in his cell after requesting medical attention. His lifeless body was found coated with a yellow chemical gas, while a Bible sat next to his head.

Inmates at Florence, Colorado's, Administrative Maximum Facility spend their days locked away alone in rooms with 4-inch-wide windows. A former warden called it, "a clean version of hell."

"It doesn't surprise me they would be doing that," John W. Whitehead, a constitutional lawyer and president of the Rutherford Institute told Mic in reference to the San Francisco activities. "Prison is prison [...] they can do what they want unless someone complains."

Whitehead said the root of many problems was America's move toward private prisons coinciding with sharp increases in the rate of incarceration. Stocks in prison companies have soared as more prisoners serving longer sentences are are being used for cheap labor.

"Women are working the fields 12 to 14 hours a day picking fruit," Whitehead said. "All the major corporations are making money."

Of course, not every country has embraced such a model. At Norway's maximum security Halden Prison, inmates are provided with comfortable living quarters furnished with cutlery, dartboards and even a fully-stocked toolbox. A U.S. prison official who visited appeared visibly flabbergasted.

"But that's Norway," some will argue, "The U.S. is different." While that's true, it's not as though our draconian approach to prison is backed up by the numbers. The U.S. recidivism rate, the rate at which offenders commit new crimes after being rehabilitated, stands at roughly between 50% and 60%. Norway's is 20%. According to one study, nations like Cuba and New Zealand, which take an approach focused on "rehabilitation," rather than "punishment," have much better outcomes.

Going forward. You don't have to watch the Shawshank Redemption to know that prison life in America is not easy. Though further investigation will be required to clarify the true extent of claims against Neu and his colleagues in San Francisco, no one can deny that the U.S. has room for some serious improvement when it comes to managing its prison population.

As the U.S. picked up democracy from Greece, it should not be afraid to experiment with good ideas from other nations. Prisoner abuse will continue until America accepts that it's a real problem, deserving of a real solution. And, hey, maybe if the incarcerated were treated better, they'd be less likely to return after their release. It works in other countries ... why not the U.S.?