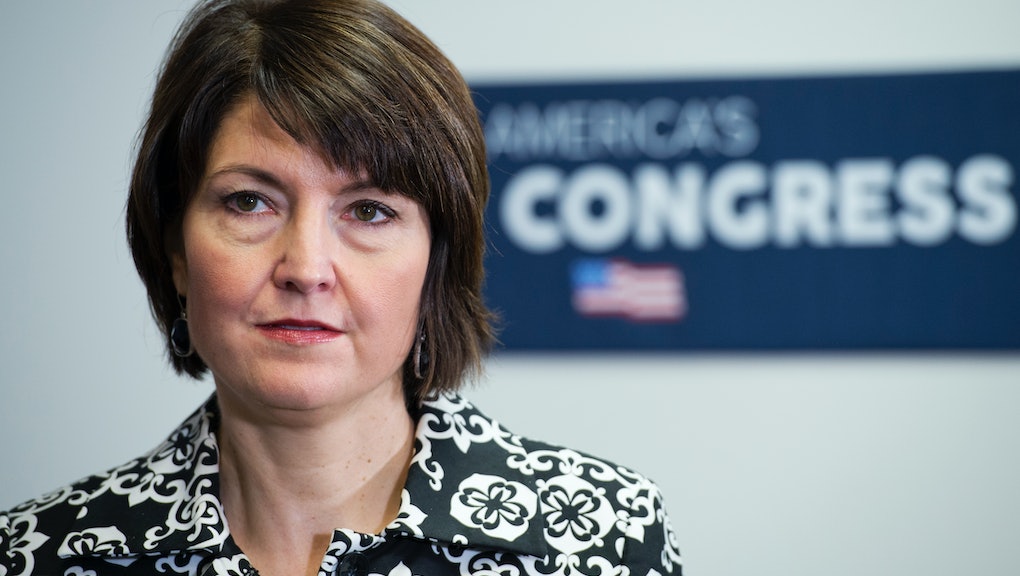 This week, House Republican Chairwoman Cathy McMorris Rodgers (R-Washington) asked her fellow Americans to share their Obamacare horror stories with her on Facebook and through her website. She posted the following:

In the days that followed, Americans told McMorris Rodgers how they really feel about the Affordable Care Act. And unfortunately for McMorris Rodgers, it didn't go exactly the way she intended.

On her Facebook page, she was overrun with glowing comments that Obamacare had gotten families covered for the first time, lowered premiums and had little impact on the already insured:

Virtually all of the top comments praised the options available for medical coverage, and many challenged McMorris Rodgers as to why she wanted to take it away.

Talk about a PR snafu. But this shouldn't been a surprise, considering the Affordable Care Act recently passed a gigantic milestone. According to estimates released in mid-March by the Department of Health and Human Services, approximately 16.4 million new Americans have health insurance — meaning that the number of uninsured Americans has shrunk from 20.3% to just 13.2%.

This is the first time that's happened this century.

The Affordable Care Act has similarly reduced the growth of health care spending, as well as shrank the number of Americans who have trouble paying medical bills. According to the Congressional Budget Office, it's actually costing way less than originally expected.

Basically, the Affordable Care Act appears to be helping millions of working-class Americans. Considering Republicans have yet to come up with any sort of coherent alternative, fighting these clear results increasingly looks like a losing battle for the GOP. They can't just take that coverage away without experiencing some major political backlash.

Asking for anecdotal "horror stories" isn't going to pan out when millions of Americans are finding out that Obamacare isn't so bad after all. In fact, it looks a lot like deliberate ignorance.