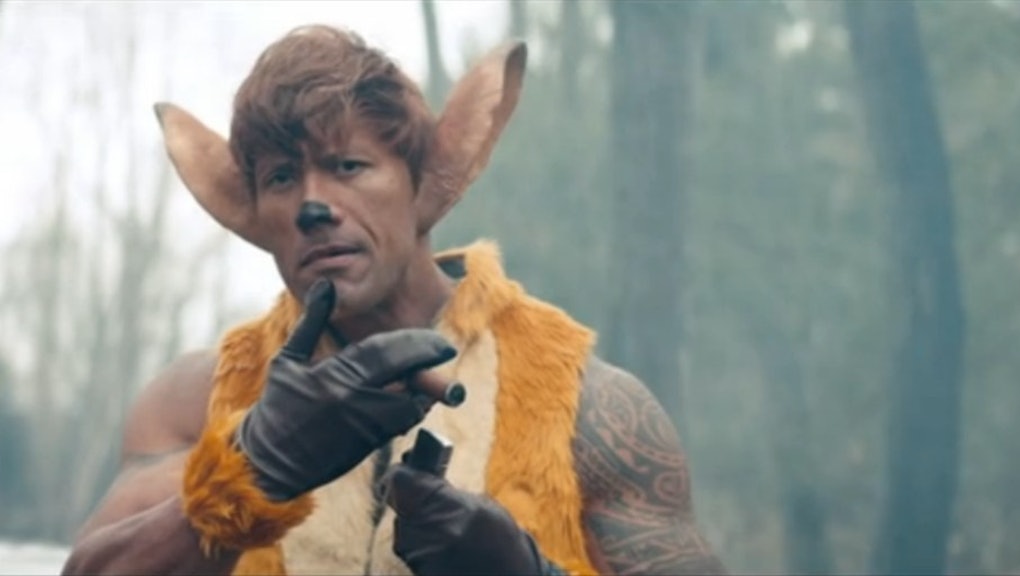 When Dwayne "The Rock" Johnson is involved in any movie, you know it's going to be full-overdrive to-the-max, extreme, oh-yeah-dude. On this week's episode of Saturday Night Live, that mantra held true when the Furious 7 star stepped into his newest role yet: Bambi.

Taking into account the success of live-action Disney remakes like Maleficent and the up-coming Cinderella, a live-action Bambi remake kind of makes sense. Hopefully, if it happened, it would look something like this:

Starring Johnson's Furious cohorts Vin Diesel as Thumper, Tyrese Gibson as Flower and Michelle Rodriguez as Faline, the "girl Bambi," this live-action Bambi would certainly be an insanely awesome departure from the original script.

And while the sketch is certainly funny in itself, the idea also points to the general trend in Hollywood lately of the constant stream of remakes and reboots. It's not an especially new idea — for the past few years, remakes, reboots, sequels and prequels have been Hollywood go-tos — but the trend has taken a turn into new territory now that classic animated movies are being turned into live-action blockbusters.

It's starting to get to the point where very few major films are based on original ideas, and most are just remakes or sequels (something about Furious 7 just seems like one too many). So while this version of Bambi would likely never come to fruition, it's not impossible to imagine a world this kind of gritty live-action remake gets made.

But hey, as long as they all have their own original song by Ludacris ("Wham, Bam, Bambi" sounds like a real club-banger), it'll probably work out OK.