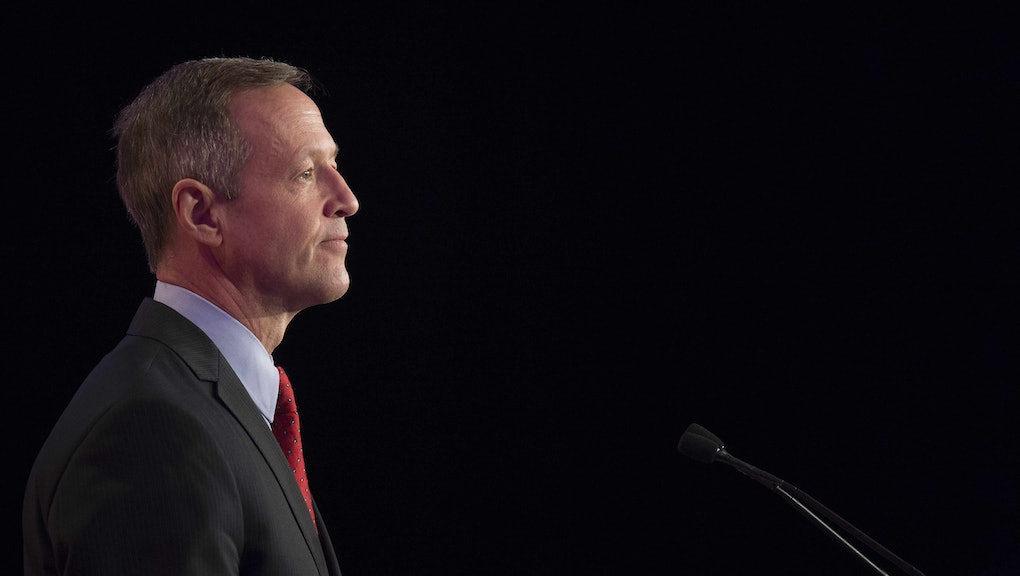 Martin O'Malley Calls Out Political Dynasties: Presidency Is Not a Crown You Pass Around

You'll be pleased to hear from likely Democratic contender and former Maryland Governor Martin O'Malley, who took to ABC's This Week on Sunday to argue that, "Let's be honest here: The presidency of the United States is not some crown to be passed between two families. It is an awesome and sacred trust to be earned and exercised on behalf of the American people."

Here's the video, below:

It's an obvious shot at presumed front-runners Jeb Bush and Hillary Clinton, neither of whom have formally announced their candidacies but have polled commanding early leads over most likely challengers. Clinton in particular enjoys double-digit leads over other Democrats like Elizabeth Warren and Bernie Sanders.

It's exactly that kind of lineage which has people like O'Malley worried. Not only would either a Bush or Clinton presidency further entrench control of the executive branch between two very rich families, but their respective White Houses would likely be lined with the same bunch of advisers, officials and policymakers that served their relatives.

Bush has already consulted Meghan O'Sullivan, a key advocate of the 2007 troop surge, and Paul Wolfowitz, who played a key role in the sequence of events that led to Iraq spiraling out of control. Bush is also likely to follow in his family's hawkish footsteps; he's already discounted the possibility of an Iranian nuclear deal and sided with hawks on Russia and Cuba.

For her part, Clinton boasts extensive connections and fundraising capacity but has been fairly moderate on economic policy — a track very similar to Bill Clinton's politically pragmatic Third Way philosophy, which included Wall Street-friendly policies. There's also no doubt that she's among the most hawkish of all Democratic nominees, leading liberals to suspect she'll make the same mistakes as the bipartisan foreign policy establishment that got us into Iraq.

Americans deserve better than the same old choices. O'Malley might have a strong conflict of interest here (he's basically announcing his candidacy) but he's nailed a certain zeitgeist among voters. One focus group of 12 potential voters organized in Denver and reported on by the Washington Post found that they "distrust elected officials and are disgusted by what they regard as the privileged lives they lead." The group reportedly said candidates like Bush and Clinton, "represent a political class that is seen as living lives apart from those they represent, people who are seen as out for themselves rather than for ordinary people."

It's not that far off from the truth. A recent New York Times op-ed by Seth Stephens-Davidowitz found that many positions of power in the U.S. are highly nepotistic. According to Stephens-Davidowitz, sons of senators have roughly a 1 in 47 chance of becoming senators themselves, compared to 1 in 398,197 in the general population. With presidents, that tally rises to 1 in 13 versus 1 in 18,715,250.

Still, Americans remain much more likely to talk big about forcing change in D.C. than they are to actually vote for it. But at a time when distrust in traditional political institutions remain at or near all-time lows, the situation certainly seems ripe for a shake-up.